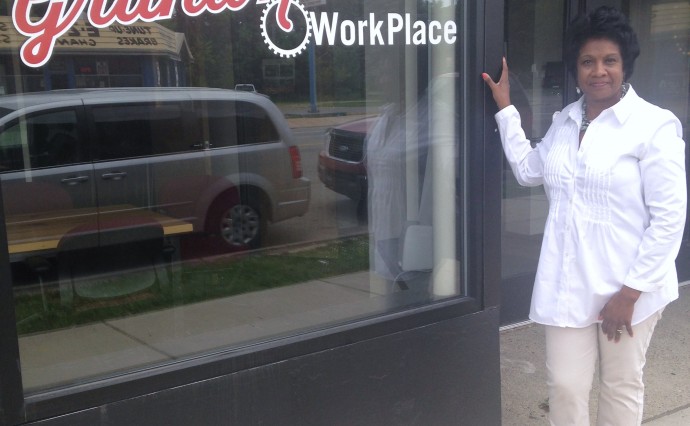 After 35 years as a pharmacist, Yvette Ashford is making her dreams of starting up her own homeopathic medicine business a reality. Homeopathic Pharmacist opened up on May 2, 2015 in the Grand River Workplace where Yvette offers a range of services from pharmaceutical counseling to healthy food coaching, with help from a holistic dietary coach. She also plans on hosting a few mini-lectures in the next six weeks on topics like basic homeopathy for the home and a term she invented called “diabesity,” which addresses two major issues that greatly affect many residents of Detroit: diabetes and obesity.

Growing up in Detroit, Yvette says that she was always interested in homeopathic medicine and knew she was wanted to help people. After she graduated from the University of Michigan as a registered pharmacist, she opened up her own pharmacy that she ran for ten years. As a pharmacist, Yvette felt that she was doing a disservice to her customers by not being able to answer all their questions regarding their health and decided to seriously research homeopathy.  After a health scare of her own, she tried homeopathic remedies as her own form of treatment. She said it was seeing the medicine work on herself that convinced her to go ahead with her new business plan. She knew that she could help people be healthy in a more simplistic way.

Homeopathy is a form of alternative medicine that takes an extreme dilution of a natural substance to stimulate a person’s natural healing response. Homeopathy’s philosophy is that whatever a substance is capable of causing, it is also capable of healing; in other words, like cures like. Yvette describes it as a “therapeutic lifestyle change,” one which requires a focus on general health and well-being. Unlike a typical doctor’s appointment, Yvette will spend anywhere from one to three hours with her patients in order to get to know them and figure out the best remedies for their lifestyles and personalities. Her focus is on building health and helping people truly understand what it means to be healthy.

Yvette’s love for the city of Detroit and her community led her to the Grand River Workplace. The convenient location and its 24/7 availability allows her to be flexible and work with patients according to their schedules. It is also a goal of Yvette’s to bring more options for healthcare to the area. “We live in a desert,” she says, referring to the lack of resources for the residents of Detroit. “We need to make healthcare more accessible.”  Her goals for the future include being able to pass her knowledge and love for homeopathy onto other students, as well as opening up her business in a bigger location somewhere in the heart of Detroit.  Yvette Ashford is located at the Grand River WorkPlace, 19120 Grand River. You can contact Yvette at 313.510.1678.