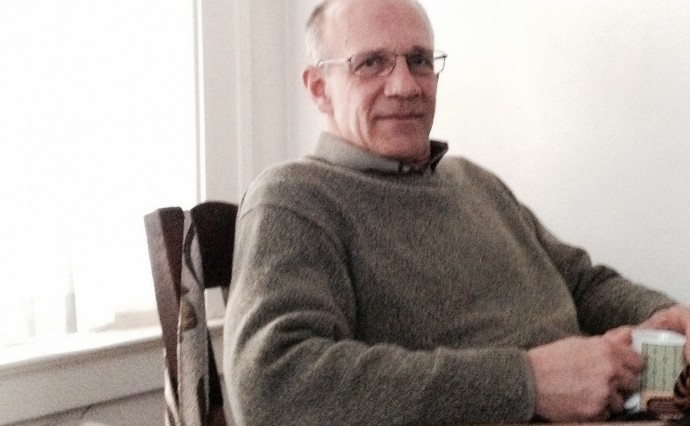 If you spend any time with Grandmont Rosedale resident and Hour Detroit editor Steve Wilke you’ll know soon enough that he’s into food. He doesn’t just know a lot about food, he’s also a really good cook. His repertoire includes such dishes as Swedish meatballs (his grandmother’s fairly labor intensive recipe), Vichyssoise, and those “I didn’t really have a recipe, I just put stuff together” dishes that are delicious but frustrating for friends who love to eat, but don’t have Steve’s instincts for cooking. Steve’s passion for food and cooking was an especially nice match for his position as the editor of July 2014 Hour Detroit Food Issue which focused on food entrepreneurs throughout Metro Detroit, and featured Sweet Potato Sensations owner Cassandra Thomas on its cover. While Cassandra is a neighbor of Steve’s, Steve swears “I did not put Cassandra on the cover! She earned that spot.” According to Steve, the annual food issue of Hour was “a blast. The stories were fun, the people featured were fascinating, and the food was great.” Clearly Steve enjoys his work, but it doesn’t come without years of experience, a good deal of hard work and some long hours.

Steve’s been a word man for 30 years, and while food writing is one of his favorite genres, he’s also written and edited publications about outdoor recreation, beer (okay, so that was a favorite too), and all that’s happening in the city. Since starting at Hour in 2002 as the golf magazine editor and writer, Steve has had assignments that have taken him a good deal outside of his comfort zone. When he was assigned the twice yearly Bride magazine at Hour, Steve wondered what qualified him. “Well, I did get married…” he figured. But, like all good wordmen, Steve plunged in and learned. He learned about wedding fashion, traditional vs. whimsical, and all the shops in metro Detroit that offer wedding goods and services. Over the years Steve has developed “a great respect for columnists who write a column twice sometimes three times a week.” Steve readily admits that no matter his years of experience and depth of knowledge, writing is not easy, but when you’ve got the talent and an insider’s view of Detroit, writing about and managing a magazine about his hometown is a great fit.

Although Steve has spent much of his life writing, reading and cooking, his earlier experiences also include playing bass in a band and one summer cutting the lawn at the Arthur Treacher’s Fish and Chips that used to be on Fenkell at Southfield. Cutting that lawn was Steve’s introduction to Grandmont Rosedale. Steve grew up in Fraser, but the lawn cutting gig brought him here, and when he took a drive around the neighborhood, he “fell in love.” In 1992 he and his wife Sharon found their house and here they’ve stayed, raising two kids, looking after plenty of dogs, and filling their home with a library of books and the smell of something good cooking in the kitchen.

While you can often find copies of Hour Detroit in your dentist or doctor’s office, you can also subscribe at hourdetroit.com.