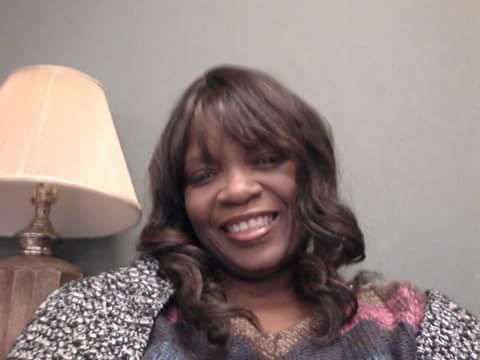 Nothin But Blessins’ is a non-profit organization that provides mentoring programs for children, men and women from disadvantaged circumstances to overcome challenges and develop positive life skills. Tangela Johnson founded the organization in 2010 in Alabama in hopes of bringing communities together and helping people in need. Through a collaboration with Christian Women of Unity founder Naomi Jennings, Tangela and Naomi worked together to expand the organization to other communities in Saginaw, Toledo, Mississippi, Atlanta, Alabama and eventually in Detroit just last year. Growing up in Detroit and having recently lived in the Rosedale area, choosing to become a member at the co-working space Grand River WorkPlace was a no-brainer. Tangela says she “saw the revitalization of the commercial district taking place in the area and wanted to be a part of bringing Detroit back up.” The organization has several programs that they offer to help build up communities and their residents. There is the Boys2Men Project which is the brainchild of Clemon Byrd, a councilman for the city of Auburn, Alabama. The program focuses on young men ages 15 –  18 and helps teach them family and social values to help them become leaders and entrepreneurs of their communities, and to “bridge the gap between young men and police officers,” says Tangela. Lil Blessins’ is a creativity program that teaches children ages 5 – 18 how to express themselves through dance, singing and acting in plays, cooking and sewing, as well as learning the benefits of healthy eating and doing crafts.

Women Empowering Women is a support group for women to help build self-esteem and overall well-being. Tangela described Women Empowering Women as “her baby,” and says that it was “created to help build women up who have been broken or have dealt with difficult issues.” Tangela wrote a book called Can a Storm Be Weathered, which describes the struggles she went through in her life and how she overcame them. She hopes to help women who face similar situations find inspiration and strength through her book and through the Women Empowering Women program. There is also the Adopt-A-Senior program that helps provide services for the elderly through participants from each of the programs run by Nothin But Blessins’. Aside from these programs as well as a few others that keep Tangela and Naomi extremely busy, they also hope to one day open up a Cultural Arts Awareness Center for kids ages 5-18 to run summer programs as well as after-school programs free of charge. Tangela says the organization’s goal is to “cater to the communities as a whole,” and she believes in the old adage that it “takes a village” to keep a community up and running. By the looks of it, Nothin But Blessins’ will have no problem doing just that. Right now the organization is focused on finding mentors and young volunteers looking to participate in these programs here in Detroit. For anyone interested in helping out or donating to Nothin But Blessins, contact Tangela Johnson at nothinbutblessins@gmail.com or Naomi Jennings at nbbnothingbutblessing@gmail.com . You can also visit their website at http://nothinbutblessins.wix.com/givingback#!nothin%27-but-blessins%27/zoom/mainPage/image1lxz.