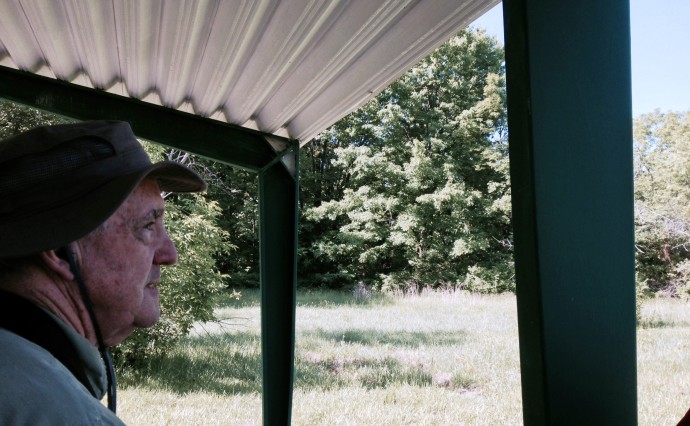 “Red-tail!”  “I see it!”  “Look!  On the far tree, left of the main trunk!”  The conversation is about birds and the 25 or so bird watchers, or “birders,” as they often call themselves, are excited about spotting a hard to see warbling vireo or a brilliant Baltimore oriole or a knocking red-bellied woodpecker or a tiny blue-gray gnatcatcher or a yellow bellied great crested flycatcher. These birds are among the at least 34 species of birds that breed in Eliza Howell Park.  Of these 34, 16 different birds were spotted on a Saturday morning in June during the Nesting Season Bird Walk of the Detroit Audubon Society.  Led by Rosedale Park resident Leonard Weber for the last three years, this bird walk drew birders from all over Detroit as well as several suburbs.  In fact, according to Leonard, “birding events have brought dozens of people to Eliza Howell and the city for the first time.” 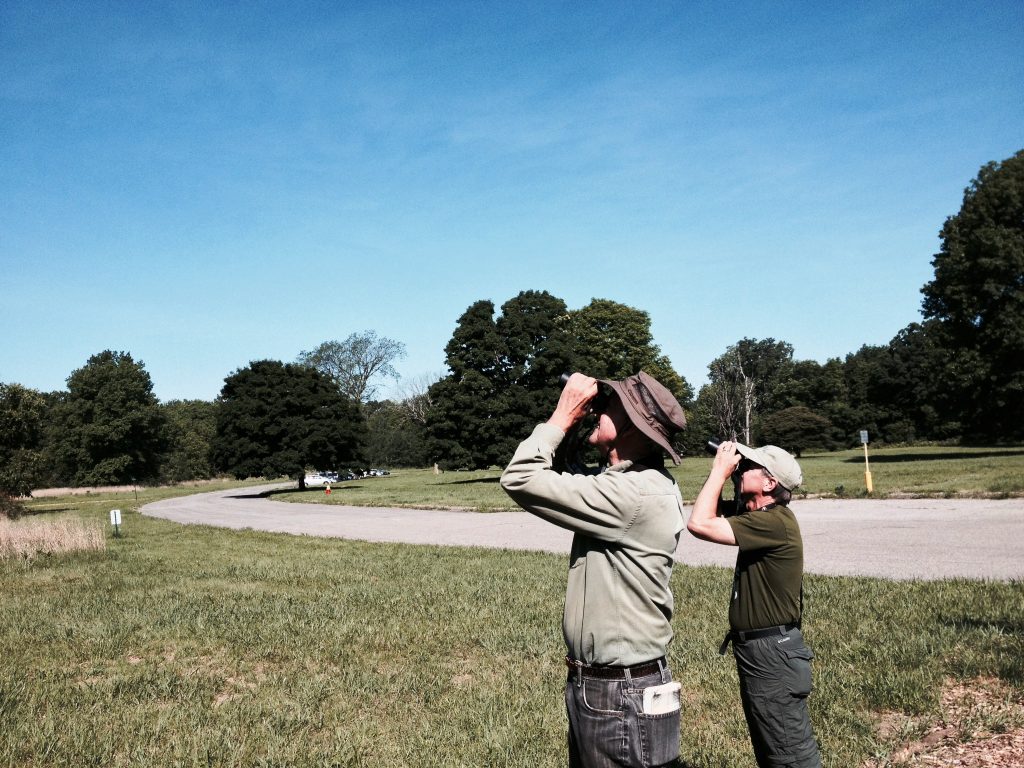 Leonard is a self-taught birder whose interest in birds has become more focused in the last 15 years.  Equipped with a field hat, binoculars, hiking boots, and a well-worn bird book, Leonard leads fellow birders to the tiny cup-like nest of a warbling vireo where a black eyed mother sits on her eggs.  Leonard knows where several nests of different types of birds are.  This is no surprise as he comes to Eliza Howell about 70-80 times a year, for about two hours at a time to document the birds that breed and sometimes just visit the park.  In his ten years of documenting the business of birds at Eliza Howell, Leonard has recorded 110 species.  He has learned enough about birds and their habits to know that “the only way to find a hidden nest is to watch the birds.”  However, in his 10 years of visiting Eliza Howell, some birds stubbornly refuse Leonard’s discovery.  In fact, the bird walk began with Leonard’s challenge to the attendees:  “If you find an indigo bunting nest, I’ll give you $20.”

Even if you don’t know much about birds or their nests, going on a bird walk with Leonard at Eliza Howell is a great way to spend a morning.  The park is lovely.  Black cherry, oak, cottonwood and even some elm trees have long called Eliza Howell home.  The Rouge River runs through the park, feeding vernal ponds full of frogs and nesting great blue herons.  Leonard has spotted minks, coyotes, foxes, muskrats, raccoons and deer.  As a summer project with local kids, The Greening of Detroit built paths and bridges throughout the park.  AAA keeps large portions of the fields mowed.  If you haven’t visited Eliza Howell in a while, think about making a trip.  If you’re ambitious, learn what a warbling vireo sounds like because you’ll hear them before you see them.  Or, see if you can’t spot an orchard oriole, a recent addition to the park.  If you’re really lucky, your trip to Eliza Howell might just get you $20. 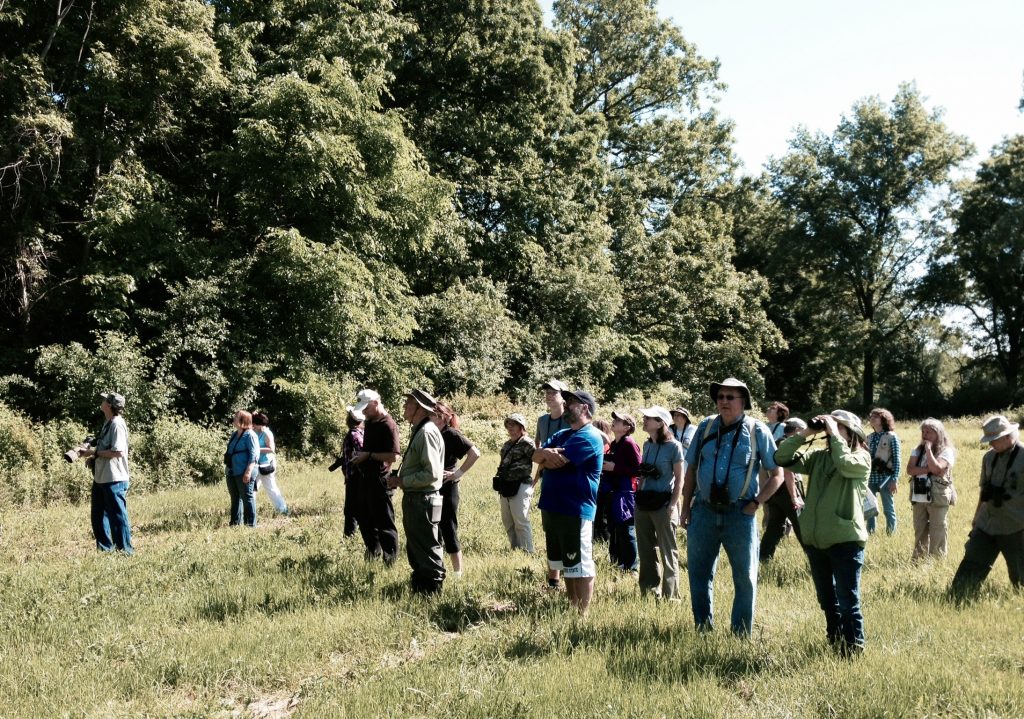