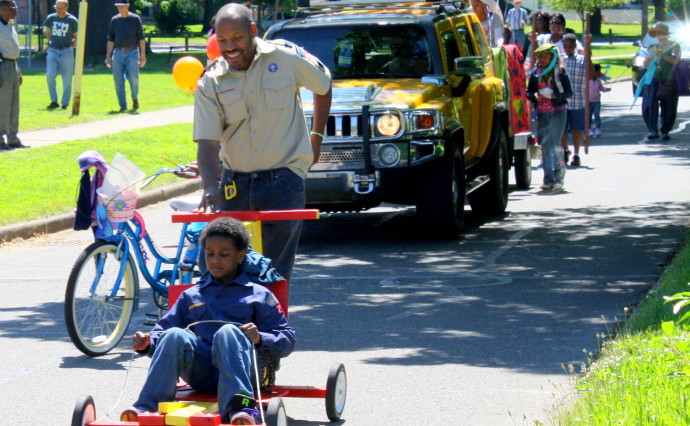 “A Day at the Fair,” “Summer in the Park,” “Countdown to the Millennium”.  For 84 years North Rosedale Park residents have come up with a theme around which the annual June Day is organized.  This year’s theme was “A Bright Future in North Rosedale Park.” Judging from the long history of this festive neighborhood gathering, the past looks pretty bright too.  That the first June Day was organized in 1930, the same year of 25% unemployment and severe drought in the United States, indicates an unusual optimism and tenacity in North Rosedale Park.  That same spirit was present this June Day, Saturday the 14th starting at 7:30am when the Run for the Roses Fun Run registration began and when the parade marchers lined up at the corner of Glastonbury and Bretton.  Over its 84 year history, the June Day parade has highlighted elaborate floats, unicyclists, jugglers, kids’ bike parades, Park Players members in costume, preschool marchers, karate school marchers, lawn chair marchers and even an ugly bridesmaid dress brigade!  In short, the North Rosedale Park community is creative as well as determined.  Beauty contests and best float contests, bike decorating awards, pie eating contests, sack races and a very popular midway have often been part of June Day.  Mounted police often join our parade, and a Detroit Police helicopter has even landed at the Park!  84 years of Detroit high school marching bands have also been an important part of North Rosedale Park’s June Day.  That would put the earliest band members at 102 years old this June Day!  June Days have also often included an evening activity, sometimes a concert where families could sit or dance on the lawn while they got a bite to eat from the Community House kitchen, also known as the Rosedale Café.  This year the June Day committee tried something new:  a family movie night in the Community House.  Families brought their blankets and chairs and sang along to “Frozen”.

This year’s June Day also included the traditional parade featuring another generation of bike riders and float makers.  Horse and pony rides for all ages were offered at the baseball diamond, and a craft tent, the midway, a pie eating contest, field games, sack races, a balloon toss, three-legged races, and an egg race were all held on the Community House grounds.

Be proud, North Rosedale Park.  June Day is a long, and impressive tradition in a city and even country that has seen its share of difficulties.  If you’ve worked on a float, registered runners, grilled hot dogs or waved at the parade marchers, you have been an important part of an 84 year tradition.  It is truly impressive that through economic and environmental turmoil and even a world war, North Rosedale Park’s June Day has been steadily marching on, never missing a beat. 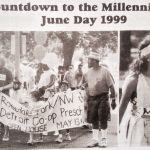 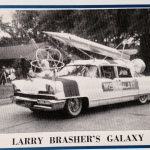 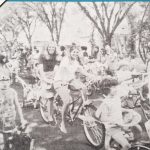 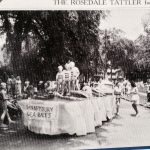 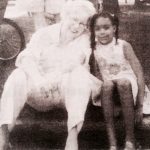