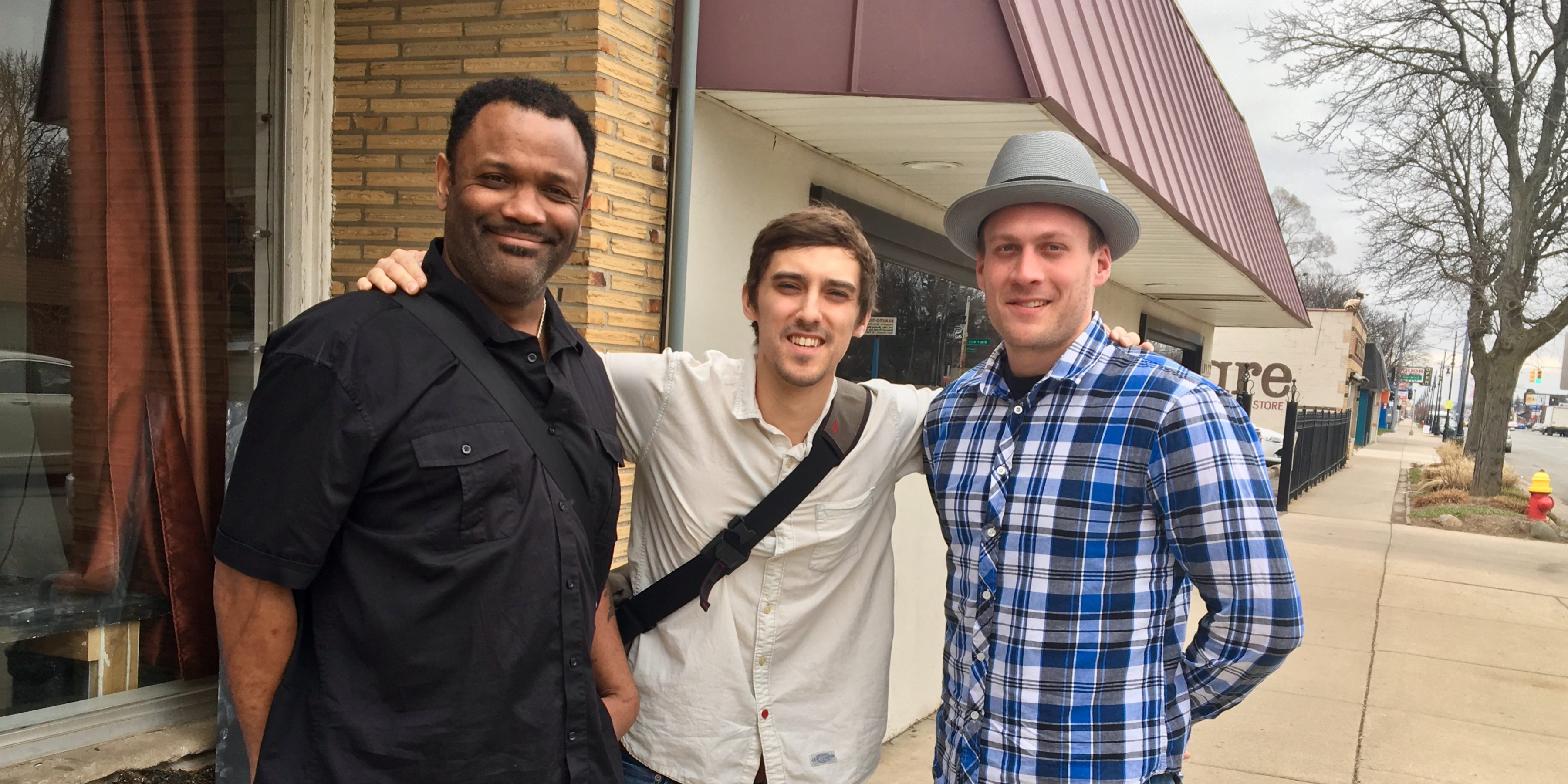 Derrick A. Collins, Justin Riopelle, and Josh Guitar, owners of the coming Rosedale Beer and Bistro, 18910 Grand River, are old friends. They worked together at a Detroit brew pub and hit it off pretty quickly. They share a playful, wry sense of humor, often riffing off each other’s jokes and finishing each other’s sentences, so it seems like a pretty good idea that the three friends are working together to open Rosedale Beer and Bistro – an 85-seat, full bar (with growlers!), full menu of traditional American fare with, as Josh describes it “southern flair and contemporary twists,” neighborhood brew pub. Each has his own specialty: Derrick is the chef, Justin is the brew master, and Josh is the front of the house man. While each has his own specialty, they also have taught each other a great deal.

GETTING TO KNOW THE BUSINESS

Josh grew up in Lexington, Michigan and moved to Grandmont Rosedale in 2011. Derrick grew up on the East side, and Justin is from Hazel Park. The three came to their specialties on their own, and didn’t meet until they each were well versed in their particular fields. However, they all have had some experience in nearly all aspects of the restaurant business as servers, cooks, bar tenders, house management, and even security.

Derrick grew up cooking. As a kid it was simple stuff – you know, sandwiches, pizza, etc. Derrick’s aunt was a caterer and taught Derrick how to cook more sophisticated dishes, and how to cater. When Derrick was 15, he got his first solo catering gig. The night before he was to serve a party of 8, Derrick’s aunt taught him how to prepare the sauces that were to accompany the surf and turf with asparagus meal he was to deliver. Derrick’s aunt trusted him to cater and cook the meal on his own. She also trusted him with her Cadillac Seville. Derrick felt the trust and confidence that his aunt had in him and loaded her Cadillac Seville with the food, and set out. The meal was a success, and for the next 30 years, Derrick refined his skills.

Justin was a freshman at Michigan State University with an eye toward majoring in microbiology when a friend introduced him to craft beer – mostly to brew, not drink (ahem). Justin remembers the fruits his friend used, and soon became “very interested in the process” of brewing beer. He joined a home brewing club and learned a great deal more, such as the delicacy of a traditional pilsner, and how it takes more time with attention to detail than other beers.

While their friendship seems to have happened serendipitously, their decision to open a brew pub in Grandmont Rosedale was quite intentional. For some time there has been an expressed desire by many residents for a full sit-down restaurant in the neighborhood, as Josh has noticed since moving here. As a further encouragement they were awarded a 2017 Motor City Match grant that pairs new businesses with Detroit real estate opportunities and other resources. The building at 18910 Grand River in Grandmont Rosedale is the location where both Motor City Match and the three friends believe Rosedale Beer and Bistro will be successful.

Acquiring the building and parking lots has not been easy, however. The building and lots sit on five parcels owned by five different people. It has taken well over a year to close on just the parking lots, but the three men were not discouraged. In fact, they are noticeably excited about their plans for the space. A build out for the brewery will be on the east side of the building and will be visible through the back of the bar inside the building. There will be tables in the bar area and more on the west side of the building. They also have plans for a small patio, and maybe some blues and jazz in the evenings. They share the goal of, as Josh explains, “a comfortable, earthy family place. We’re looking to really fit in the neighborhood.”

Just last week, Rosedale Beer and Bistro received approval from the city. They are working on the architectural plans and the funding, so soon you’ll see some more changes happening on Grand River. For many years when Grandmont Rosedale residents wanted to eat out at a sit-down restaurant and have a beer or a glass of wine, we would have to go elsewhere. Now not only can we keep our dollars in our neighborhood, but we have options, and in a few months, we’ll have another one – Rosedale Beer and Bistro. Welcome, gentlemen. We’re happy to have you here. 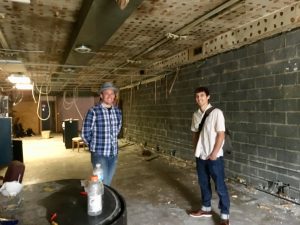