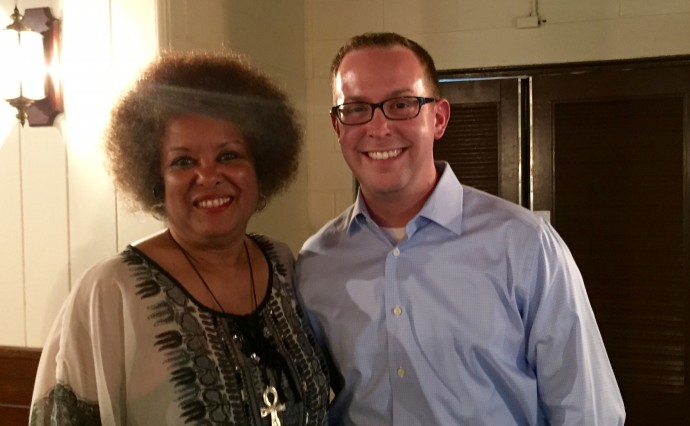 State Senator David Knezek was the guest speaker at the June Neighborhood Safety Meeting. His topic was medical marijuana, and the growing concerns about the unregulated spread of marijuana dispensaries in Detroit.

Sen. Knezek revealed that the number of dispensaries and their location was “the first issue brought to my attention when I became a senator.” Sen. Knezek explained the importance of Senate Bill 142, Medical Marijuana Provisioning Center Regulation Act, and how it can address many residents’ concerns about dispensaries in the Grandmont Rosedale community. Senate Bill 142 focuses on the following items: Firstly, it establishes a state statute that “provisioning centers” are the point of sale for patients and caregivers who grow medical marijuana. The establishment of this legal definition will enable further legal regulations to be established. The bill also ensures third-party testing of medical marijuana to establish that it is free of contaminants. Thirdly, a state-wide database will be created of all licensed provisioning centers and patients. The law enforcement community will have full access to this database and thus may track all transactions in real-time. This database and the access to it will enable law enforcement to prosecute those abusing the system. Local government will also be given jurisdiction over how many provisioning centers they want in their community with Bill 142. Finally, Bill 142 will give local government the ability to enact local ordinances that regulate where provisioning centers are located, what signage is used, the hours of operation, etc.

Residents who are concerned about the spread of marijuana dispensaries can contact Sen. Knezek at sendknezek@senate.michigan.gov. Citizens are also encouraged to contact Detroit District #1 Councilmember James Tate at councilmembertate@detroitmi.gov and Detroit Corporation Counsel Melvin Hollowell at hollowellm@detroitmi.gov to urge the City of Detroit to adopt appropriate regulations.

There will be no Neighborhood Safety Meeting in July or August, but meetings will resume on Thursday, September 24 at 6:30 pm at the North Rosedale Park Community House, 18445 Scarsdale. For more information, contact Cassie Richard at 313.387.4732, ext. 109.