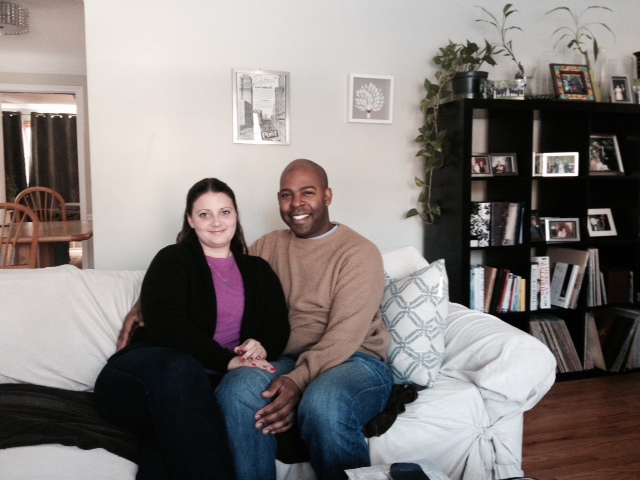 One of Hubert Sawyers’ earliest memories is of his fifth birthday party at his parents’ house on Warwick. Soon, Hubert was getting up early to make it to Cooke School, then Murphy Middle School, then Cass Tech. Inspired by a trip to Japan in 1995, Hubert majored in International Studies at MSU.

Hubert heard the disdain others had for Detroit, but it didn’t make sense.  He knew Detroit as a place where he knew the neighbors up and down his block, a place where his block club built the award winning float for the annual June Day Parade.  He corrected some of the people some of the time, and finally brought one friend home to meet Detroit.  “We’ve got great pizza in Detroit.  I’ll take you to Greektown, but first I want you to see where I grew up.  My parents still live there.”  As they pulled past the brick gates to North Rosedale Park, Hubert’s friend was surprised.  “Oh!  You grew up here?  This is really nice.  I didn’t know.”

After graduation, Hubert moved back to his parents’ home, but drove back to MSU every weekend.  Much of his time went to booking hip hop and rap shows. “I’d import guys from Detroit to East Lansing and put on shows.  Then they’d get me to perform back in Detroit.”  Hubert developed a system of putting a show together– material his audience would recognize, music they hadn’t yet heard, coordinating with the DJ, creating flyers, getting the word out – all of it had to be orchestrated carefully in order for a show to be a success.  Hubert learned quickly what worked and what didn’t.  “I loved the creative process, the challenge of engaging the audience.”

He and his new wife, Eliza lived in several cities around Detroit, but spent most of their free time in Detroit.  “Our hearts were in the city, even though we weren’t living there.”  While visiting his parents on Warwick, Hubert flipped through the Tattler and saw a photo of a house on the Grandmont Rosedale Development Corporation  page.  The house was for sale.  A website was listed.  Hubert sat down and scrolled the GRDC website. GRDC was offering a $10,000 forgivable loan for down payment assistance.   He called his wife.  “Eliza, I think we should look at some of these houses.”  Eliza was hesitant because it wasn’t as close to her parents as she would have liked, “but when we walked into this house, I watched her disposition change.  It was the right size, and had a nice floor plan.  GRDC had replaced the windows and doors, put a new roof on and fixed the front porch steps.  It was move-in ready and we were ready.  GRDC made our move to Detroit possible.”

One year later Hubert was elected to the North Rosedale Park Civic Association board.  Two years later he was elected president of the NRPCA.  As president Hubert uses the focus on efficiency he learned in the music industry.  There’s not a lot of wasted time or energy when he sits down to talk.  His meetings begin on time, and peripheral conversation is rerouted toward getting business done.  Still known as a music guy in some circles, in North Rosedale, Hubert is known as “President”.