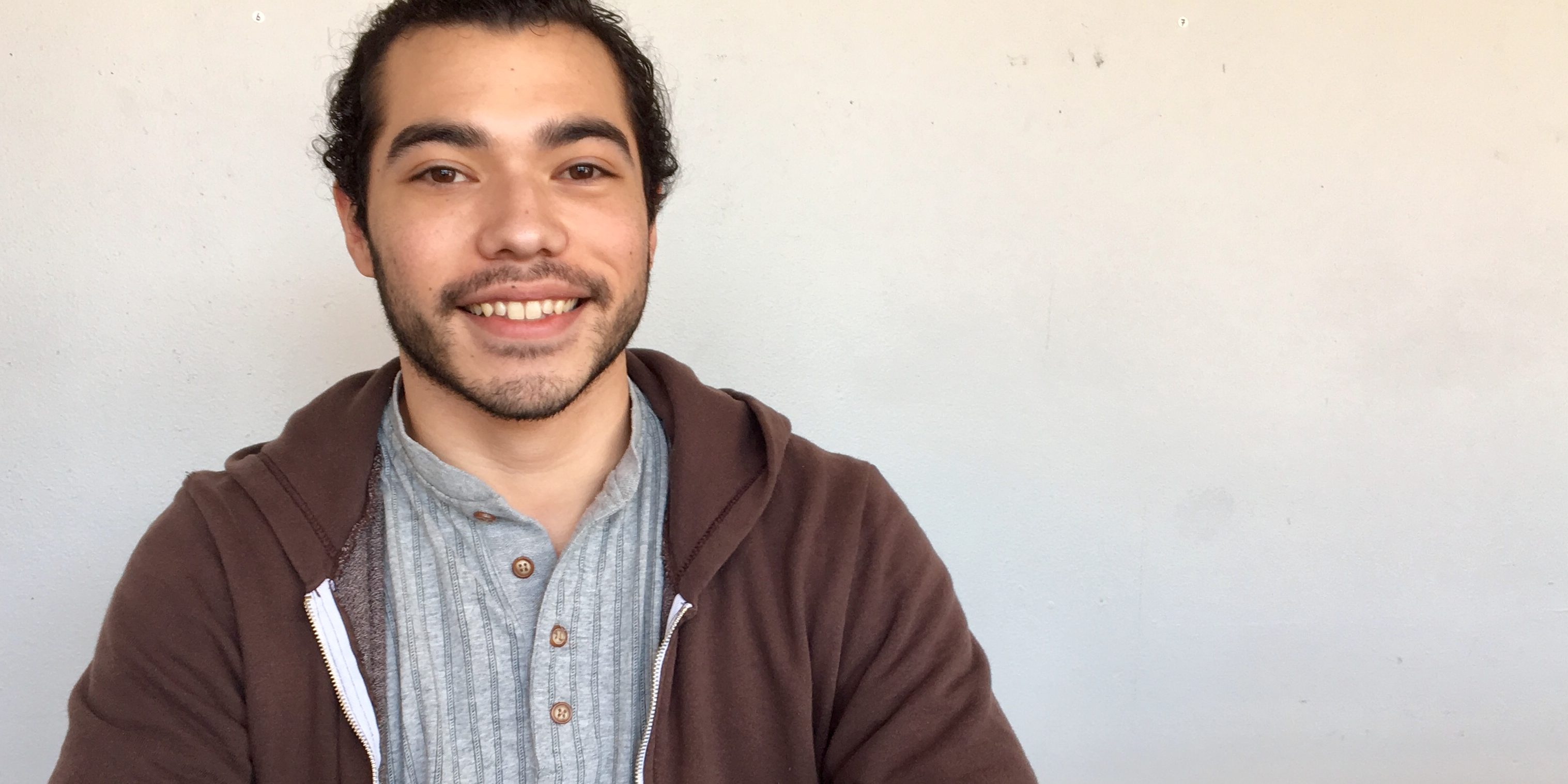 Joél Reyes-Klann, GRDC’s intern from the University of Michigan, is no stranger to community engagement. Since last June, Joél has spent much of his time assisting GRDC’s Community Engagement Manager Kitty Yarbrough with Vacant Property Task Force meetings, and soon he will also help out with this year’s Northwest Detroit Farmers’ Market season. Joél, a first-generation college graduate, earned a degree in political science with a minor in environmental studies, and come December, will have earned a Master’s of Social Work with an emphasis on community-based interaction in urban communities. Joél has a great deal of varied experience working in different communities and with a wide range of objectives. According to Kitty, Joél’s assistance has been very beneficial both to her and to the Grandmont Rosedale community: “Joél’s energy and eagerness to engage with the community has been great!”

Gathering Experience and Narrowing his Focus

Born and raised in Southwest Detroit, it took a bit of time for Joél to figure out just where he best fit in the world of community engagement. The work-study program at UM as well as a couple of valuable internship experiences have helped Joél zero in on his particular passion. Joél’s activism started well before college, though. In middle school, through the Detroit Hispanic Development Corporation, (the very organization where GRDC’s Executive Director Sherita Smith was the Fund Development Director), Joél trained to be a peer mediator. As an undergraduate at UM, one work-study assignment took him to Del Ray where he learned about the many issues around environmental justice. According to Joél this experience “really opened my eyes to environmental justice issues.” Another work-study assignment took Joél to the Nichols Arboretum in Ann Arbor where he was an assistant to a horticulturist and a volunteer coordinator. An internship at the Congressional Hispanic Caucus Institute took him to Washington D.C. to work with Congressman Sander Levin. While an undergrad, Joél also happened to take an Urban Planning class where Andy Goddeeris, the son of GRDC’s former Executive Director Tom Goddeeris, was the Teaching Assistant. Degree in hand, Joél worked for the AmeriCorps Urban Safety Project at Wayne State University’s Center for Urban Studies where he helped promote safety and community in Detroit neighborhoods by helping residents form block clubs, organize neighborhood clean-ups, and board up vacant properties.

Combining these varied experiences, Joél believes his passion for community engagement lies specifically with working on environmental justice issues in urban communities. Thus, working with Grandmont Rosedale residents on the Vacant Property Task Force which looks at what can be done to combat blight, and the safety and environmental issues that can arise with vacant properties, Joél has found the perfect spot at GRDC. Once he graduates this December, Joél hopes to stay in Detroit.

When you see Joél, say hello. You might offer a word of welcome and encouragement. With people like Joél working in our communities, it is indeed a great time to live in Detroit.