A GRDC House is Transformed into The Glastonbury Collective 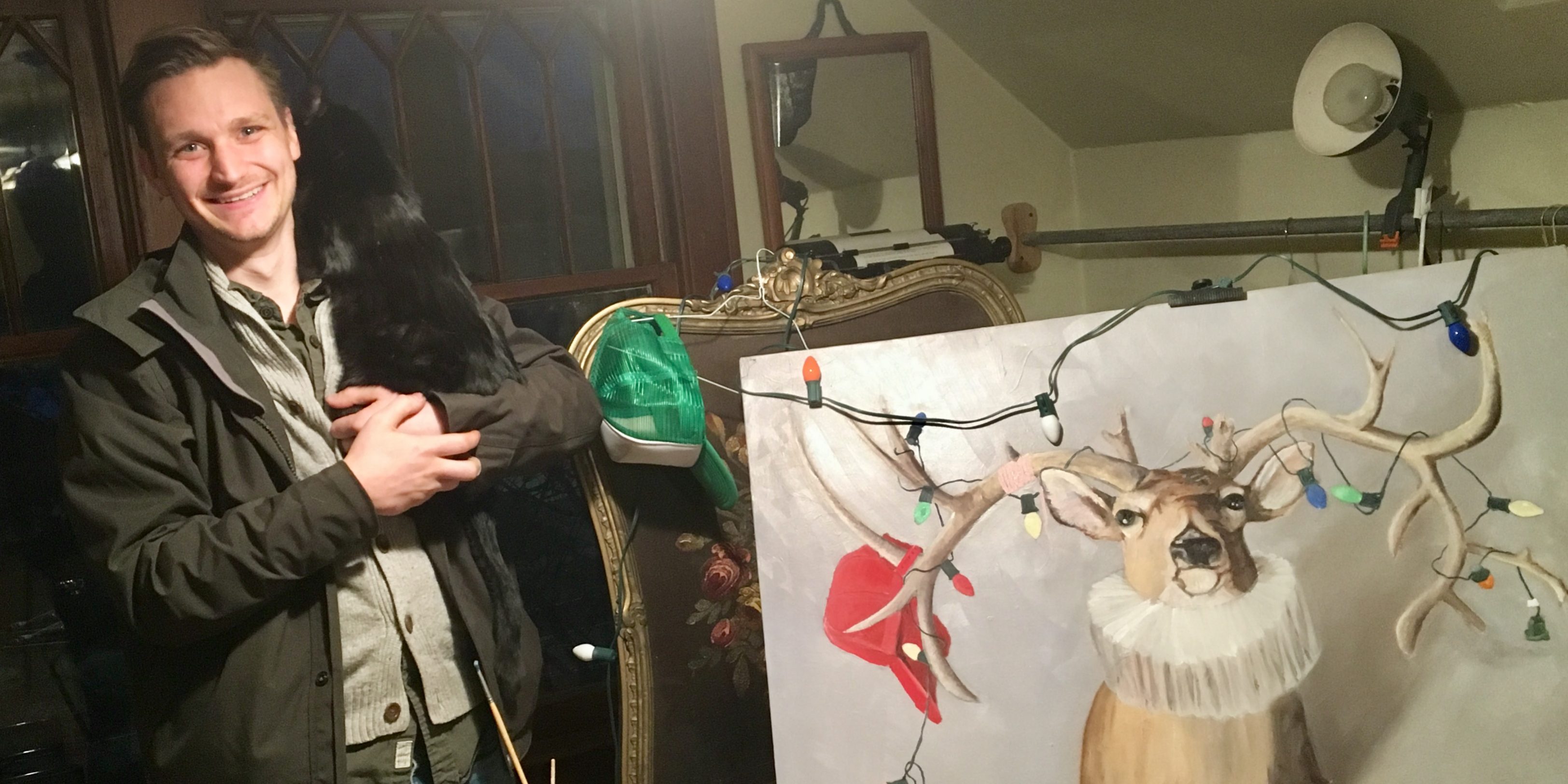 Sean VandenBrink and Dexter the cat, a Glastonbury Collective resident.

In 2011, Sean VandenBrink was looking for a place to create a community of artists – a place where artists would have the space and equipment to pursue their artistic goals without the anxiety of meeting a high rent. GRDC had recently acquired a beautiful 1922, seven bedroom stone house with a wide front porch and side yard, and Sean didn’t hesitate. Sean had helped with renovations on a number of GRDC homes, learning plaster repair, painting, and other repair skills, and so was quite familiar with the quality of renovation work of GRDC homes. Unlike many of the other previously vacant homes GRDC sells, though, Sean offered to buy the stone house before the renovations. Fixing up the house while he was living in it, according to Sean, “was a lot like camping. It was fun.” And so The Glastonbery Collective was born.

Sean grew up in Rosedale Park and so understands what it means to be a part of the Grandmont Rosedale community. Sean believes that the Collective is as much about being a part of an established community as it is about creating art. To get to know and become a part of a community, “it’s not enough to visit – you have to put down some roots yourself,” and that’s what the Glastonbury Collective offers artists. Sean lives in the house and so is a part of the Collective too. A great example of this intentional connectedness occurred last fall when members of the Glastonbury Collective made apple cider from apples picked at Stoepel Park for a Grandmont Rosedale SOUP that took place at the Northwest Detroit Farmers’ Market.

Learning How to Create Community

After many seasons of playing baseball at Stoepel Park in the spring and soccer at the North Rosedale Park Community House in the fall, Sean headed to Calvin College where he earned a Bachelor of Fine Arts in ceramics. It was during college when his idea for starting an artists’ collective began: “In school we talked about intentional living, living in community, all great ideas, but what does that look like?” While at Calvin, Sean lived in a house with eight people and so learned first-hand what can make and break a community. As households are small communities, everyone has a role to play in that community, and sometimes that role is necessary more than it is pleasant. To share the burden of the not so pleasant tasks, there is a Chore Wheel on the fridge at the Glastonbury Collective, and the residents mostly abide by the schedule of cleaning and shopping. The residents also meet once a week to discuss how their community is and is not working. Sean explains that before large changes are made to the house or yard, the group of artists discuss whether the change “Is a good fit for the people in the house and the people in the community of Rosedale Park, and even the entire city.” The decision to plant a vegetable garden in the generous yard was the result of such a discussion.

Another important aspect of living in this community is shared meal times. As part of the renovation, Sean and his dad Floyd gutted the original kitchen to create a communal kitchen that can accommodate many people who can, as Sean says, “talk, cook, and help.” The residents share food, and Geulah, or “G,” a resident for three years, has discovered that one of her contributions to the Collective is her cooking skills. G is a great example of how the Collective encourages artists not only to pursue their fields of interest, but to explore a variety of arts. G’s skills are various, involving writing, the visual arts, technology, and now, cooking.

Inviting the Community into the Collective

Another current resident, Anna, is a ceramic artist. There is a kiln in the basement as well as a woodshop, and each resident gets his/her own bedroom with several communal rooms available to all. Being around other artists and sharing ideas, supplies, and frequent meals is a great way to develop as an artist. Sean has thought about developing the residency program further, but is in no hurry. Like community, the vision for expansion “has to happen slowly. It takes time to listen, to develop.” Keep a look out for events that showcase The Glastonbury Collective artists. They had their first show last fall, and also held a workshop at the house for people interested in fireplace maintenance, which was of particular relevance for Grandmont Rosedale residents whose older homes often feature natural fireplaces. For now, the Collective will remain the size it is and a place where artists who want to connect with one another and with our Grandmont Rosedale community can live while pursuing their art. Living in community in itself is a creative process, and an old one. Sean knows that understanding the history of such a place as Grandmont Rosedale is an important piece of understanding a community. “I’m a caretaker of this house for the time being. There were people who lived here before us, and there will be people after us.” Communities, because they are composed of people, change. And Sean sees the Glastonbury Collective as a way for artists to be a part of an ever evolving community.

Follow The Glastonbury Collective on Instagram and keep your eye out for flyers announcing events at the old stone house. 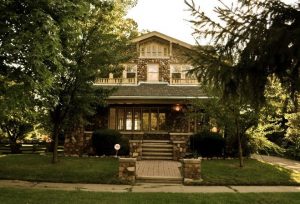