Meet Chinyere Olumba, the Children’s Librarian at the Redford Branch of the Detroit Public Library 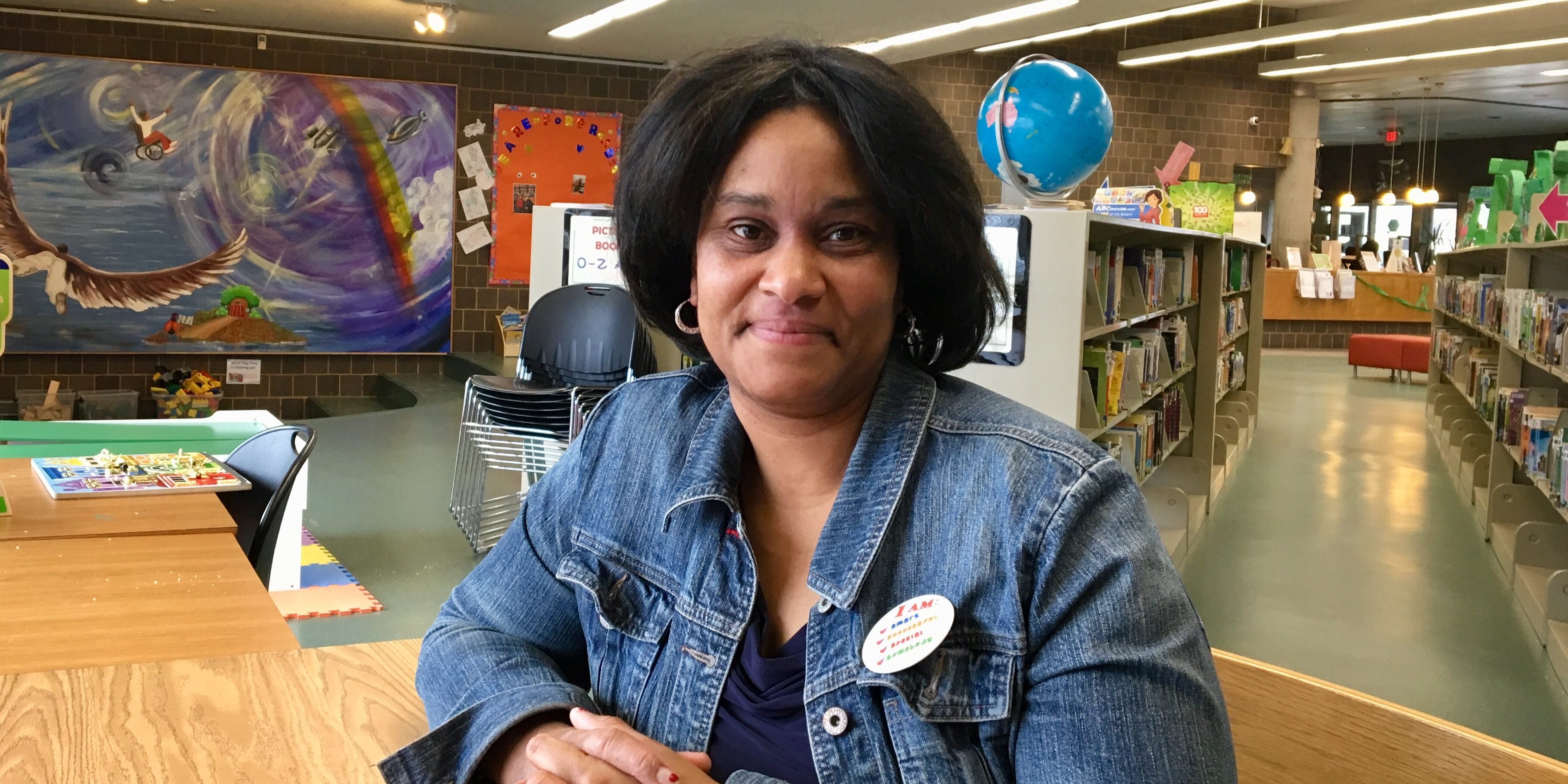 Chinyere Olumba remembers spending many childhood summer days hanging out at the Gray Branch of the Detroit Public Library which was in the Butzel Family Recreation Center on the east side. Chinyere could walk there with her four siblings and the five of them would play in the gym, take craft classes, and visit the library. She remembers, “I loved that the library was a hub of activity. It was fun!” When a job at the library became available, Chinyere didn’t hesitate.

Throughout high school Chinyere was a Library Assistant. It was the perfect job for someone who loved the library and who loved to learn. After high school Chinyere majored in Communications at University of Detroit Mercy, earned a Master’s in Computer and Information Systems, and then a second Master’s in Library Science. She has worked at the Skillman Branch and the Franklin Branch. As the Children’s Librarian at the Redford Branch, Chinyere is assigned specific schools to work with. Christ the King School on Grand River and Cooke S.T.E.M. Academy on Puritan are two of the schools. There is monthly interaction with the students that involves reading and crafting and anything else Chinyere can think of to pass on some of the joy she felt when she was a kid at the library. Chinyere encourages students to come to the library to do their research for school projects. As she says, “Bring in the syllabus and we can work to figure out what materials you need. We can get those materials for the students so that when they come to do their homework in the library, we have what they need!” Chinyere would love it if the Redford Branch became a home for the students – a “center of learning where children can come to learn, interact, and explore – just as I was able to as a child.”

THE REDFORD BRANCH IS A HUB OF ACTIVITY

Chinyere and the other Redford librarians have a lot of creative ideas to bring not just kids, but teens and adults to the Redford Branch. There is candle making, Teen Tech Week, College Fair, Mobile Device Training, Book Clubs, Art Classes taught by the College for Creative Studies, Quilting Classes, Movies, Family Reading Time, and much more. The library also has meeting rooms that are regularly busy with community association meetings from the Berg Lahser and Old Redford neighborhoods. The library is truly “a community resource,” says Chinyere. You might want to keep your eye out for the six week Summer Reading Program that runs from June – August. Chinyere has already begun thinking about accompanying field trips and activities for summer readers.

A LOVE OF READING BEGINS AT HOME

Chinyere’s love of reading began with her parents who both read a lot and who were both involved in her early education. Chinyere’s dad is from Nigeria and prefers non-fiction and biography to fiction. Of course Chinyere loves many children’s authors such as Shel Silverstein and David Shannon, but she also is a big fan of the Hunger Games series and the Stieg Larsson books. Chinyere’s father was skeptical at first when he learned that Chinyere wanted to be a librarian. For Chinyere, becoming a librarian was almost inevitable. In spite of his skepticism, Chinyere’s father is a regular at the Redford Branch, and he often comes in asking about what’s new in non-fiction and what Chinyere recommends.

The services the Redford Branch are vast. There’s something going on at the library that appeals to almost everyone. Whether you’re into anime or animals, the library has a class, event, or resources for you. If you’d like the Redford Branch to become the place where you get homework done, talk to Chinyere about keeping resources you need handy. Whatever your question or need, the library is a great place to start.

You can also visit the Detroit Public Library website: https://detroitpubliclibrary.org/.