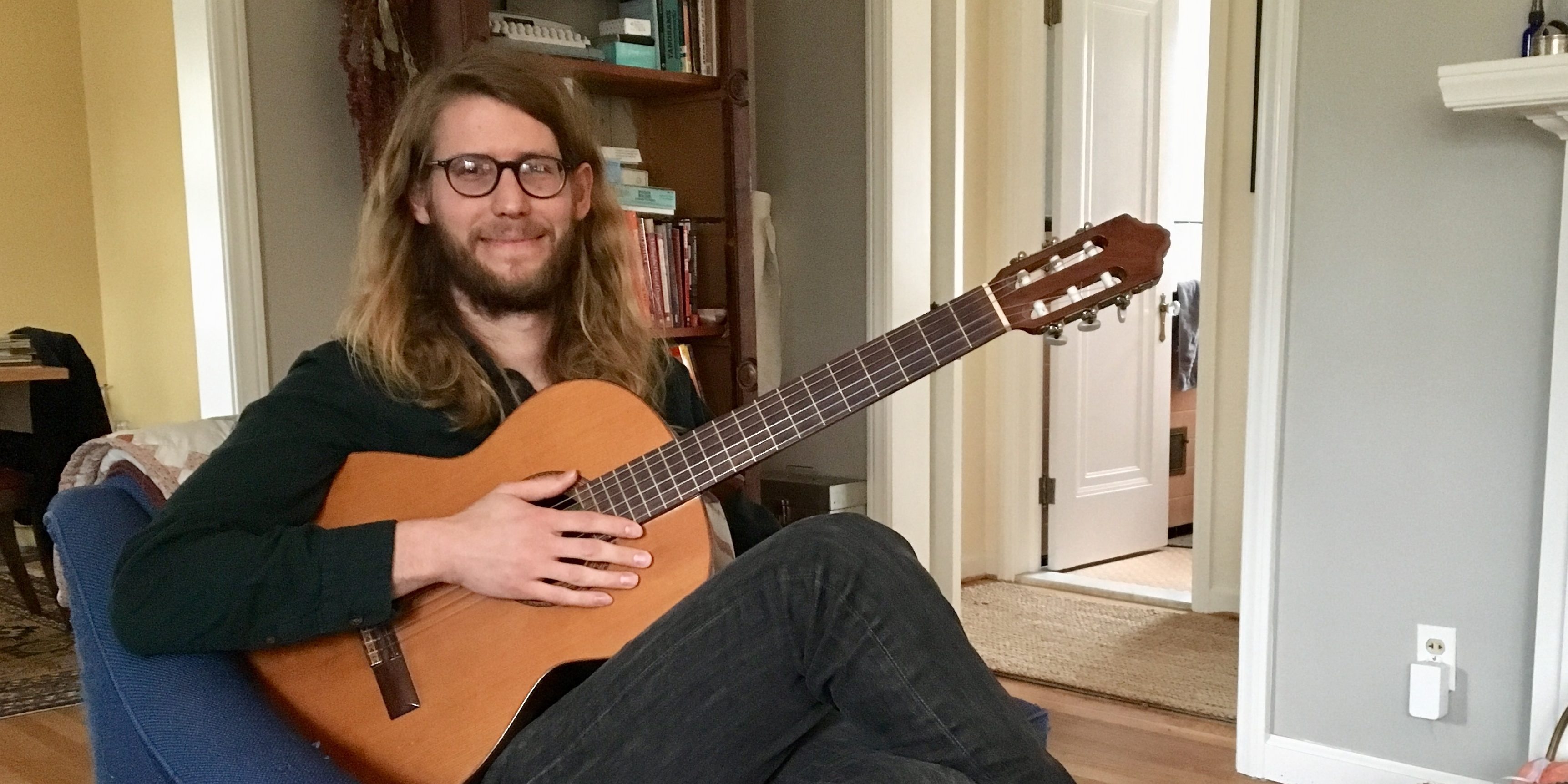 It all started out as a bunch of friends getting together to make music. It was pretty relaxed, always fun, and a great way to try out lyrics, new sounds, new arrangements. In 2005, the band La Dispute played for audiences all over West Michigan where the 5 members were from, and began to develop a pretty healthy following. In 2006, the band headed toward Detroit and played gigs at places like PJ’s Lager House, and their audience grew. They did all this while also working and/or going to school – a pretty hectic schedule. In 2008 the band made a collective decision to pursue the band full-time and they had their first 7 week tour of the U.S. They played bigger venues like Magic Stick, St. Andrews Hall, The Fillmore, and Masonic Temple. This first tour was “pretty DIY,” says Chad Morgan-Sterenberg, lead guitarist and sometime trumpeter and keyboardist of La Dispute. “We slept on a lot of floors or shared one hotel room, and there were no days off.” Interest in the band grew and they started touring further and further away like in Europe, Russia, Singapore, Japan, Australia, and Brazil. “Something fun really turned into something,” says Chad, “now we have a lot of friends in a lot of places so there’s a lot of hospitality.” Chad and his bandmates tour and record about six months a year. When he’s not on the road with the band, Chad is at home in Grandmont Rosedale living in a beautiful GRDC home with his wife Stephanie.

Chad describes La Dispute’s sound as experimental rock or post hard-core. The group writes collaboratively, working together on arranging their distinct style of story-telling. They recently recorded their fourth full-length record at Studio 4 in Conshohocken, PA where the now widely dispersed band members gather to write, record, and reconnect. “It’s like a kind of writing retreat,” explains Chad.

Finding Their Own GRDC Home

Chad was hired by GRDC to paint the exterior of a house generously donated by Helen Tucker to GRDC in 2013.  Chad had worked on enough houses to know that houses have their own distinct personalities, their own rhythm or vibe you might say. Chad immediately noticed what he describes as the “peaceful atmosphere of the house.” Chad told GRDC that he was interested in purchasing the house, and asked that he and his wife Stephanie be allowed to finish the renovations. “GRDC was super-generous,” Chad remembers. “We finished painting the exterior, then GRDC installed the storm windows.” Chad and Stephanie spent the next year and a half living in the house while they renovated upstairs bedrooms and remodeled the kitchen.

In the house now about 4 years, Chad still divides his time between touring and working on historic homes, now with Maxwell Construction – a father-son renovation team and Grandmont Rosedale residents – and that’s a pretty great gig.

You can check out what La Dispute is up to at their website: https://www.ladispute.org/

You can also hear what they’re up to: https://www.youtube.com/watch?v=ilx3VC402SQ