After Seven Years, Tess Tchou, GRDC Board Member, Steps Down 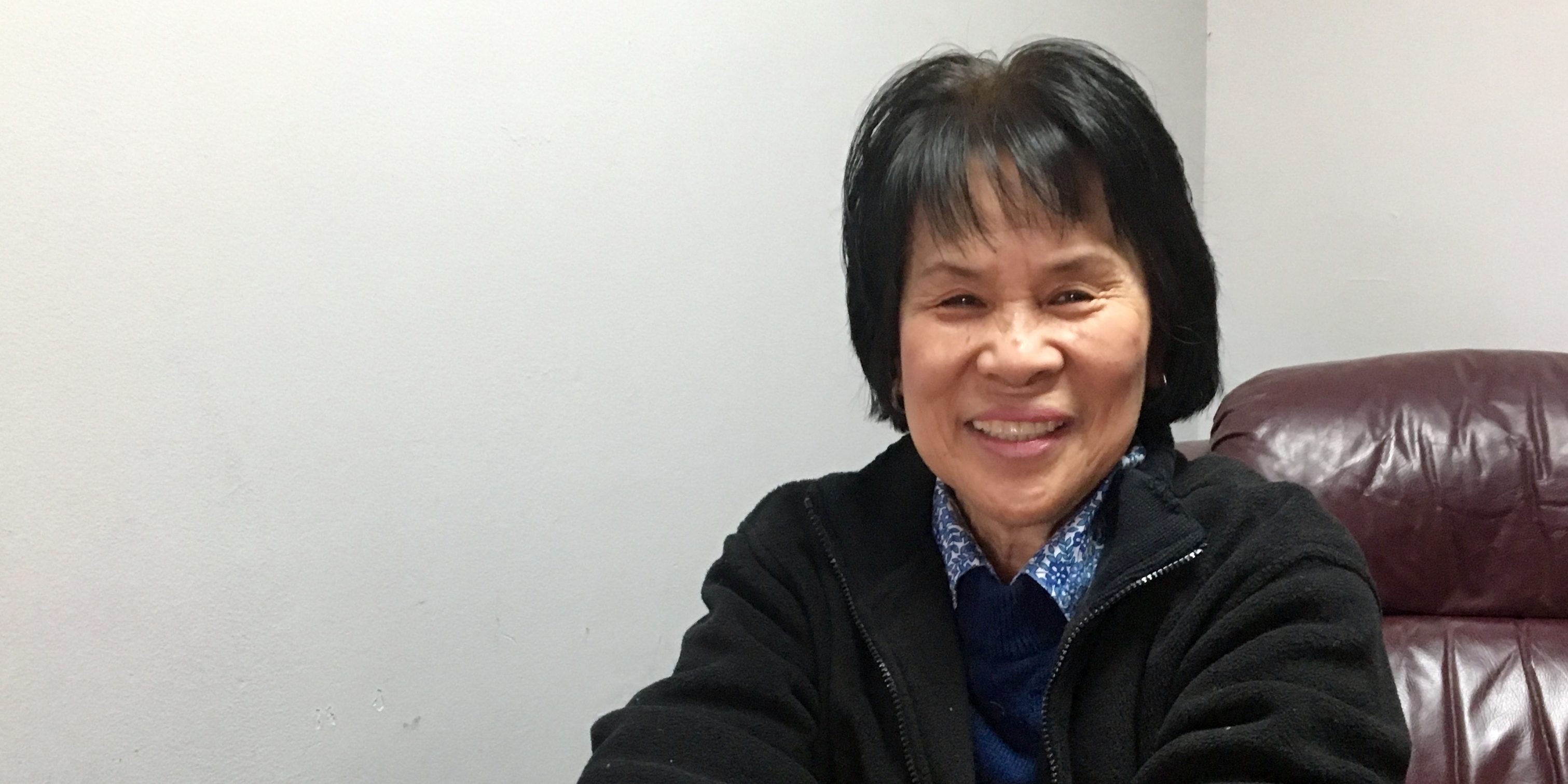 Tess Tchou moved to Grandmont Rosedale in 1978 “without a clue about what kind of neighborhood we were moving into.” Tess and her husband Ray had been living in an apartment in Royal Oak, but the apartment didn’t allow babies, and Tess was pregnant with the first of two sons. Several years and two sons later, Tess and Ray came to love living in Grandmont Rosedale, believing that, as Tess says, “There’s meaning to living here.” They fell in love with the community and have been involved in many of the community activities over the years. This is Tess’ seventh year on the GRDC board, but she and Ray are thinking seriously about moving to San Antonio where their son Philip lives. Tess initially became involved with GRDC as a volunteer for the first Grandmont Rosedale Open House over ten years ago, and has volunteered for many other events and activities in Grandmont Rosedale as well as at Christ the King Church.

Tess and Ray met at Seton Hall University in New Jersey where Tess was working as a graduate teaching assistant in the Asian Studies department. If you’ve met Tess you know that she’s a busy person. Whether she’s volunteering at the Northwest Detroit Farmers’ Market or at Christ the King Church, Tess is working and working to get others involved too. In fact, that’s how Tess and Ray met. Tess was in the process of moving offices and had a lot of boxes of books to move. Ray rounded the corner on business of his own in the Asian Studies department when Tess enlisted his help to move boxes. “There were a lot of boxes,” Tess remembers, so as a thank you, Tess offered to buy him a cup of coffee.

HOME IN GRANDMONT ROSEDALE FOR 40 YEARS

Tess and Ray have called Grandmont Rosedale home for 40 years. This longevity is no small thing because having a place that feels like home has sometimes been elusive for Tess and Ray. Tess came to the U.S. unwillingly. She had a sister who was ill with three kids living in New Jersey. Tess had finished her college degree, had a job teaching social studies in the Philippines all lined up, but had not yet started. None of Tess’ other 6 siblings was able to help their sister, so Tess left her farming parents and headed to New Jersey. Tess came to the U.S. on a student visa, thinking at least she could go back to school. When she wasn’t in class or doing homework, Tess helped her sister with the children.

THE LONG JOURNEY TO GRANDMONT ROSEDALE

Much of Tess’ involvement in neighborhood stability comes from her involvement in social justice issues. As Tess explains it, “I know what it’s like to have some and then to have nothing – and the social stigma that comes with economic deprivation. When I was growing up in the Philippines, we were comfortable and then our house burned down, and my father fell ill. There were nine kids. We found different ways to survive.”

Ray had come to the U.S. via Macau, China, India, South Africa, Portugal and France where he was born. Ray’s father was a Chinese consulate during World War II in France. Ray’s mother was from Hungary. Before his arrival in New Jersey, Ray and his brother and parents sought to come to either the U.S. or Canada from Macau where they were living after fleeing China, and they needed someone to sponsor them. Ray’s mother had a sister in Cleveland, but had lost touch with her years before. While unwrapping a fish from the market one day, Ray’s mother saw an ad in the newspaper the fish was wrapped in. Miraculously, the ad had been placed by Ray’s aunt. She was looking for her sister. Soon Ray’s family was headed for Cleveland. While in Cleveland, Ray finished high school and was then drafted. After serving in Germany for three years, Ray returned to the U.S. where the GI Bill enabled him to get a degree in Physics from John Carroll University.

When Ray and Tess met, Ray was pursuing a Ph.D. in Asian Drama and Literature. Ray dropped out of the program to pursue a degree in Computer Engineering and immediately got a job in Detroit at the Burroughs Corporation. Tess has worked as a Curriculum Convertor, a Social Studies teacher, and a Filipino Interpreter with the Court System. She is also active in the Filipino American National Historical Society.

Tess and Ray have had quite a journey before settling in Grandmont Rosedale, but Tess is not one to spend a lot of time resting. Tess has spent her time on the GRDC board working to make Grandmont Rosedale an attractive place for other families to settle. And, as Tess says, she’s “seen successes.” According to Tess, her fellow GRDC board members are “some of the most astute, committed, visionary and resourceful people” she has ever worked with. While her leaving is bittersweet both for her and GRDC, we wish her well and have no doubt that once she and Ray are unpacked, Tess will start looking around San Antonio for a place or organization where she can get involved.