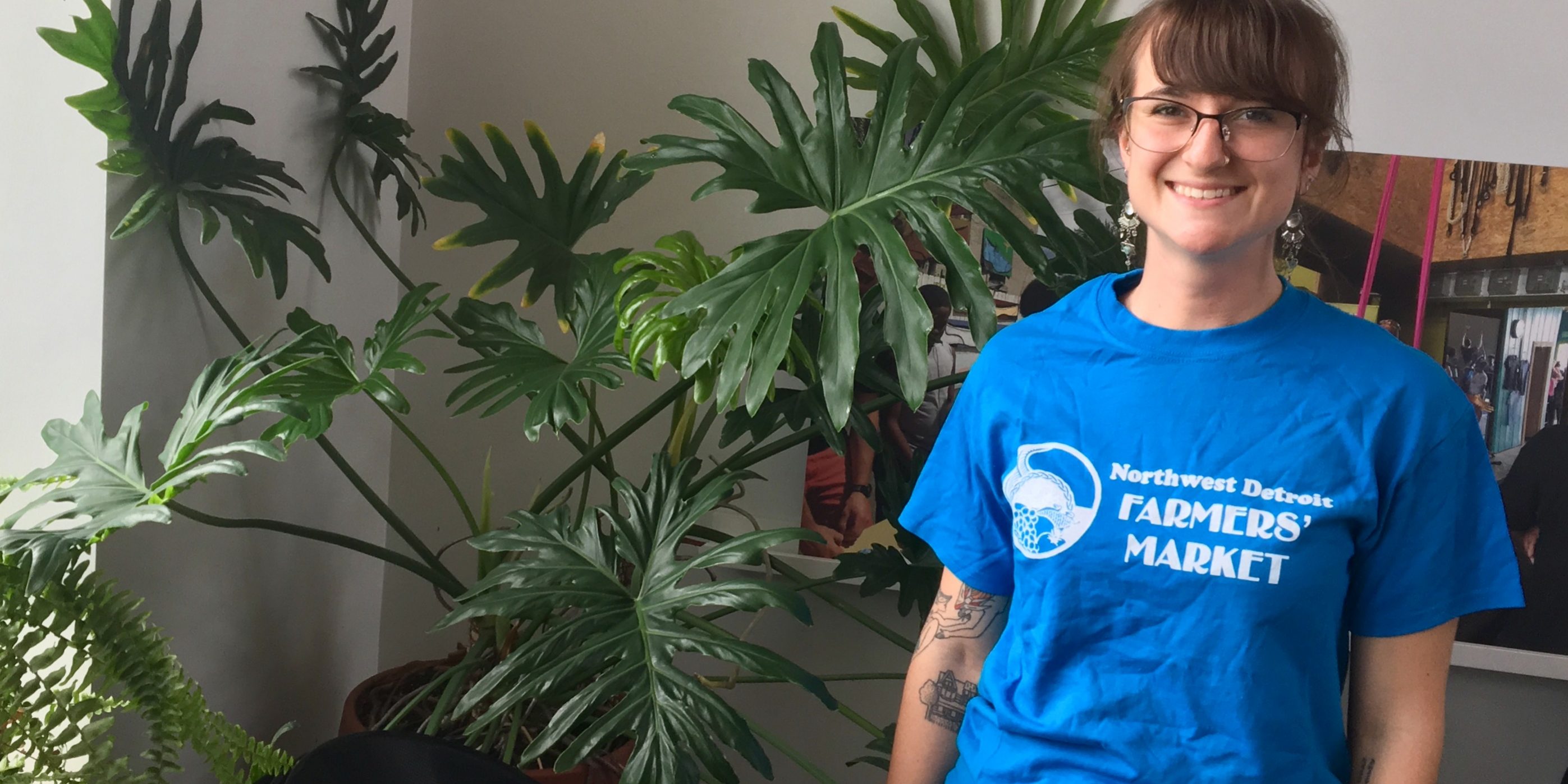 Running a farmers’ market takes many hands, many areas of expertise, and a dedication to support independent, local vendors. Cassandra Van Dam is helping out this season at the Northwest Detroit Farmers’ Market thanks to Eastern Market and the Detroit Community Markets. As a Shared Site Manager, Cassandra splits her time between our Market and the CHASS Mercado Market in Southwest Detroit. Cassandra has experience not just as a Market facilitator though – she has also worked at the Detroit Public School’s Drew Farm as a Food Corps AmeriCorps Service Member. With a degree from the University of Michigan in Women’s Studies, and a minor in Community Action and Social Change, Cassandra brings a variety of skills and knowledge to her role as the Market Manager for our Northwest Detroit Farmers’ Market.

GROWING UP IN MICHIGAN’S UPPER PENINSULA

To Cassandra, a farmers’ market “makes sense: It’s a community-run effort with local businesses. Markets become incredible community hubs that also help educate people about healthy food options.” Cassandra has had an ongoing interest in educating others, specifically kids, about food systems and making healthy foods more available. Although she grumbled a bit when told as a kid growing up in the UP to weed the vegetable garden or to wade into the thorny berry patch to pick, every time Cassandra signed up to take a class, join a club, or volunteered, she found herself involved in the growing and distribution of food. “It’s come full circle,” she says. She remembers not just navigating the prickly raspberries, but also picking “the best winter carrots.” Cassandra’s interest in all things that grow has been life-long.

The growing season is quite short in the UP, and so moving to Detroit expanded Cassandra’s opportunities to sow and reap. Besides, Cassandra’s wife’s family is from Detroit, so moving here made sense. When she moved into Southwest Detroit, her move “seemed fortuitous. There were six raised beds and a compost pile in the yard of the house when we moved in.”

Eventually, Cassandra would like to return to working with youth and teens to help them teach other young people about gardening and cooking healthy foods. Cassandra envisions these near-peer mentorships to span pre-K through high school. As for her own fresh, healthy diet, Cassandra has recently become very fond of beets: “I love roasted beets especially. With a little olive oil, salt, thyme, and pepper. I cube them and put them in the oven at 350 for 15 – 20 minutes.” When you see Cassandra at the Market, introduce yourself and see what she’s been cooking lately. You might just get a new, delicious recipe calling for ingredients sold right at the Market.

The Northwest Detroit Farmers’ Market is every Thursday through October 4 from 4 – 8 pm in the parking lot of the North Rosedale Park Community House, 18445 Scarsdale. You can contact Cassandra at nwdfm@grandmontrosedale.com or 906.370.8135. You can also “like” the Northwest Detroit Farmers’ Market on Facebook to keep up to date on all that’s happening at the Market.