Mary Ratkowski: A Lesson in Humility 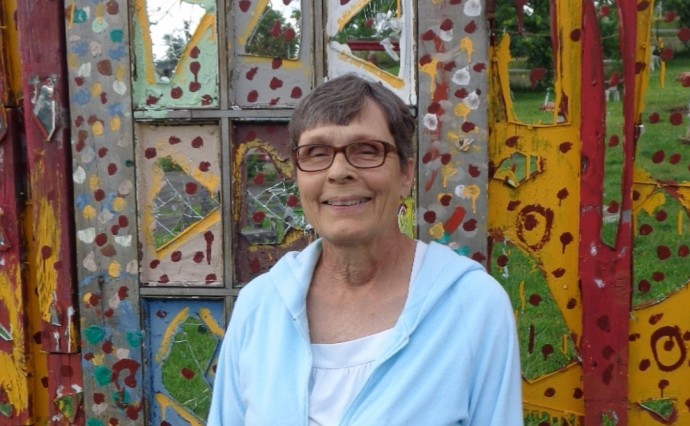 North Rosedale Park resident Mary Ratkowski was first inspired to get involved in social justice issues when she taught in Ghana in the early 1970s:  “I became much more aware of the inequalities in the world.  When I returned and moved to Detroit, I became connected to the social justice community through other overseas volunteers.”  It’s one thing to see overseas poverty and be moved by it.  It’s another thing entirely to spend the rest of your life doing what you can to alleviate injustice.

Mary is not a person who seeks recognition for what she does.  Quite the opposite in fact.  But, when you spend years and years working for and with such organizations as Bread for the World, Groundwork for a Just World, the Capuchin Peace and Justice Office, and the Fair Housing Center of Metro Detroit, chances are someday someone is going to notice.  At the Fair Housing Center of Metro Detroit’s 17th Annual Leadership Awards, Mary received the Marvin Thomas Award for her significant contribution toward ensuring that potential renters are given equitable housing opportunities.

In the 1990s when Mary’s kids were in school but still small, Karen Johnson Moore, GRDC’s Community Security Program Manager, asked her friend Mary if she’d be willing to help out at the Detroit Fair Housing Center where Karen worked at the time.  The Center needed a tester to try to rent apartments and houses in a variety of places in metro Detroit to help determine if discrimination was part of a landlord’s lease agreement.  Mary could be a tester in the morning and early afternoon and be home when her kids got home from school.  Mary figures she tested 200-300 apartment buildings.  The Fair Housing Center was trying to determine if landlords were willing to rent to Mary, but not to the next tester who might be older than Mary, or black, or perceived as gay.  Mary then wrote up a report about her experience and the Fair Housing Center collected the data.  Four cases that Mary was involved in lead to depositions of the landlords.  Mary was a tester for the Fair Housing Center for 10 years.

Much of Mary’s work toward making life better for other people has happened in Grandmont Rosedale.  Mary was the recording secretary for the North Rosedale Civic Association’s Board of Directors for years, she has helped out at the Northwest Detroit Farmers’ Market, and volunteered for the Radio Patrol.  Mary understands clearly the notion of many hands making the work light.

Humility can be a hard thing to define.  It’s not about humiliation.  It’s about the state of being humble, of being willing to do the hard work that justice so often demands without any thought to recognition.  Humble people understand that they are not alone in their hard work.  There are many people who do the hard work right along with them and so to be pulled out of that group and be recognized individually feels a bit awkward.  Mary was asked to speak for two minutes at the Annual Leadership Awards and she wasn’t looking forward to it.  Most likely her two minutes was not spent talking about how much she contributed to the Fair Housing Center, but how much she learned there, or the great people she met, or how satisfying the work was.

When reminded of all the years of work she has done for all the organizations whose focus is on social justice, Mary immediately uses the commendation as a chance to point out her perspective:  “Can you imagine how many wonderful people I’ve met over the years?  Lucky me!”