Grandmont Rosedale Gets its Very Own Little Free Library 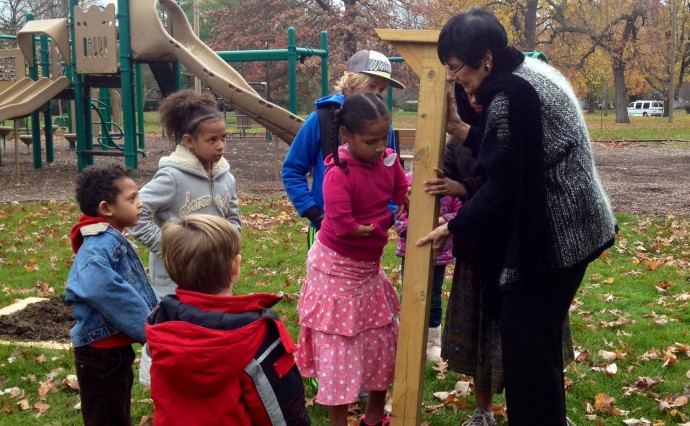 As a tribute to his schoolteacher mother who loved reading, Todd Bol of Hudson, Wisconsin built a model one room schoolhouse, filled it with books, put it on a post in his front yard, and put a sign on it that read “Free books.”  Friends and neighbors loved the Little Free Library and asked Bol if he’d build more.  Soon thereafter, Bol collaborated with Rick Brooks, a University of Wisconsin student to develop a mission statement and a goal. Their mission was and is “To build a sense of community as we share skills, creativity and wisdom across generations.”  Their goal was to build as many Little Free Libraries across the United States as Andrew Carnegie built and/or supported libraries at the turn of the 20th century.  That number was 2510.  By the end of 2011 Bol and Brooks hoped to have 400 completed.  By early 2010 they had reached their goal.  By January 2014 there were 15,000 Little Free Libraries in place across the U.S. – all of them in a variety of neighborhoods, all of them offering free books.  And now there’s a Little Free Library in Grandmont Rosedale at the North Rosedale Park Community House, 18445 Scarsdale.

The groundbreaking for our Little Free Library took place Thurs., Nov. 6, and there were many kids and adults there watching the library go up, looking at the books, testing the little door that keeps the books dry, and simply enjoying another community event.  Like so many wonderful additions to our neighborhood, this groundbreaking was the work of several people.  Ken Wolfe of Minock Park thought the idea of having a Little Free Library in our community was a good one, so he told North Rosedale Park resident, Marsha Bruhn.  Ken, Marsha and Chelsea Neblett, the Northwest Detroit Farmers’ Market Program Manager, had met last spring to discuss having a book exchange as part of the Farmers’ Market.  Then, “out of the blue,” as Marsha says, Kim Koslowsi of the Detroit News who had heard about our neighborhood through a colleague who had featured the Grandmont Rosedale community in the Homestyle section, emailed Marsha and said that Todd Bol would be coming to Detroit to present 20 Little Free Libraries.  Marsha agreed with Kim that Grandmont Rosedale would be a terrific place for a Little Free Library, and that the Community House would be a great place to put it because the Community House is a town square of sorts.  People gather at the Community House to play outside at the playground and baseball field, and people gather inside to have meetings, to attend plays, or to eat together.  According to Marsha, our Little Free Library offers yet another way to “make the Community House and park a great place to be.” The next time you walk your dog around the park, or maybe when you come see “Alice through the Looking Glass” in November, stroll by the playground and find the Little Free Library.  Open up that little door and see if there’s something interesting to read and take it with you – the books are free! 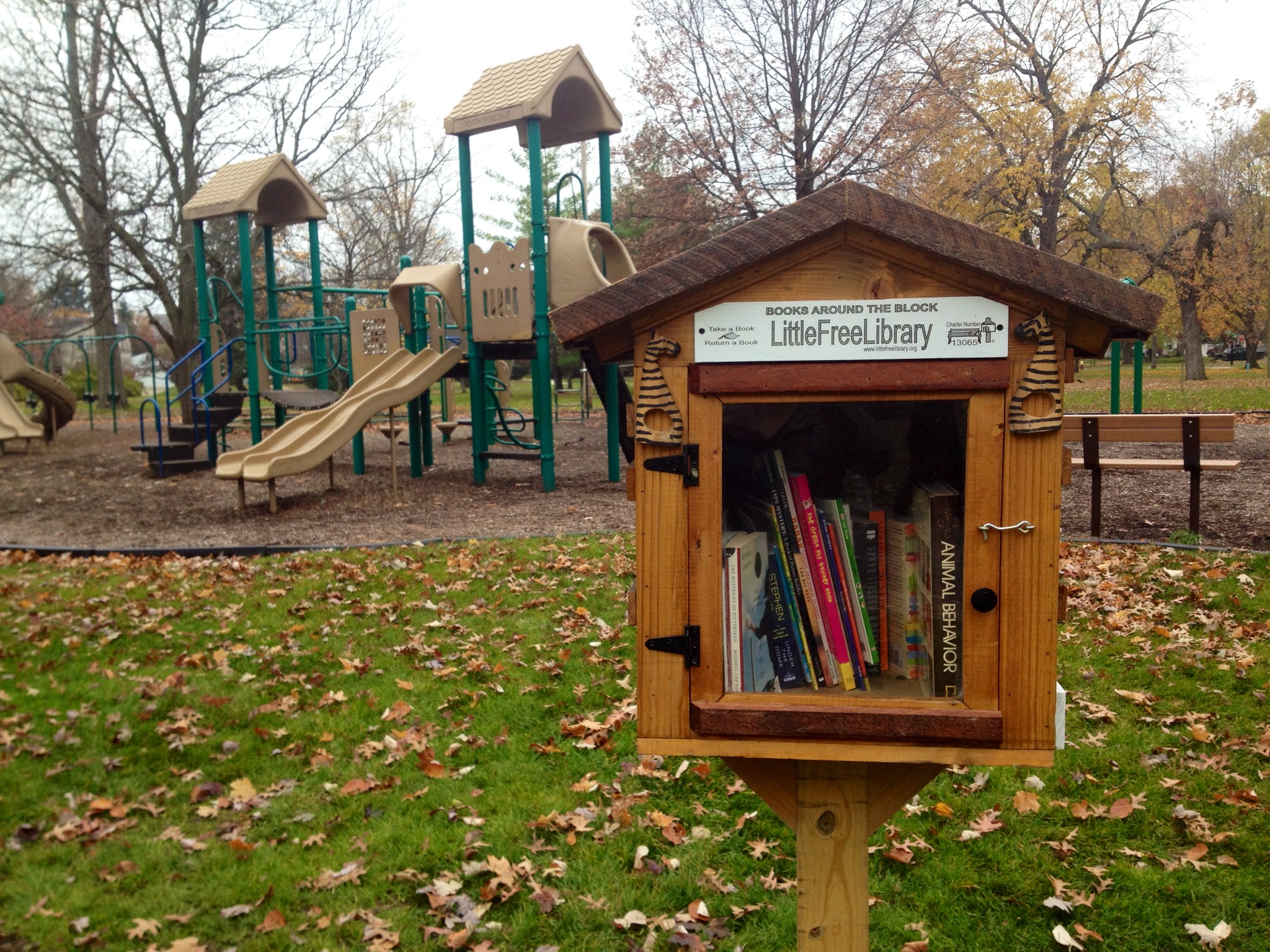