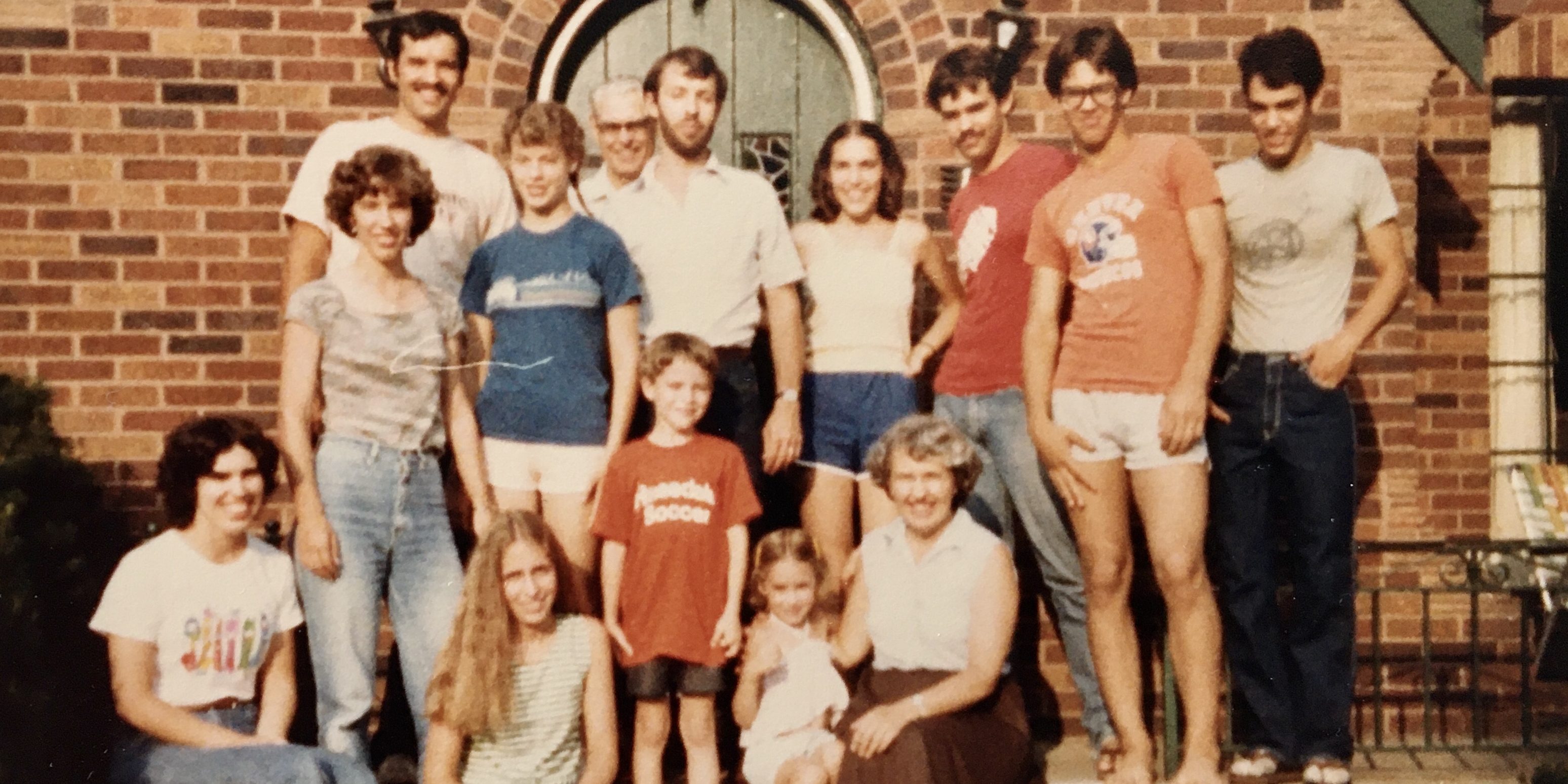 Meg Reutter Bowker, the 10th of Joan and Clifford Reutter’s 13 children, remembers growing up in Grandmont Rosedale as a time of “climbing trees, exploring the neighborhood, going to activities at the Community House, and neighbors who looked out for all of us. I couldn’t have had a better growing up,” says Meg. Clifford and Joan Reutter moved from a nearby rented flat to Grandmont Rosedale right after their third child was born in 1956. They chose the neighborhood, Meg says, because it was an active neighborhood filled with people from diverse backgrounds who all worked together to create a community. Also, the house they found had a huge backyard.

A HOME FILLS WITH FAMILY IN GRANDMONT ROSEDALE

While they eventually lost much of their backyard to the building of the Southfield Freeway, the community they were hoping to find remained vibrant and welcoming through the nearly 50 years that the Reutters called it home. Their home was one of the many beautiful homes in Grandmont Rosedale – a good-sized, 4 bedroom, 2 ½ bath brick and stone home with a front porch. Having 13 kids in 16 years inevitably leads to some improvising, so one of those bedrooms was actually half of the basement, and the side room off the living room became the “baby’s room.” For many years, all 15 of the Reutters lived in the house. As Meg recalls, her family “filled the kitchen and the dining room when they sat down to dinner, and there was a lot of ground beef.” Meg never felt as if they needed a thing though. They had more companions and friends than most kids, plus a great park and neighborhood to play in. They would often sit and read or talk to friends on the front porch. “My mom had 44 years of good neighbors. That’s a big part of what makes the neighborhood such a wonderful place,” Meg says.

Still, 13 kids is a lot, and there was a rumor that the Reutters had a tunnel that went from the house next door to their own house in order to fit all those people. “My grandfather actually did think about buying the neighboring house and putting a second floor connector in. It made for a good story, but it never happened.”

A LIFETIME OF EDUCATION AND VOLUNTEERING

Meg’s parents were both only children and Meg thinks her mother was lonely as a child. “She always said that she prayed for a large family,” Meg remembers. “Somewhere in there she stopped praying.” Meg’s father came to Detroit from St. Louis for a job as a history professor at University of Detroit. Meg’s mom was an English teacher in Cincinnati before coming to Detroit. Joan also studied medieval history and mathematics at University of Cincinnati, St. Louis University, and University of Michigan. For years she volunteered at the St. Mary’s of Redford school library, and, as her kids grew up and out, Joan took Russian language classes, and helped other seniors with their taxes at the Crowell Recreation Center just a couple of miles from Grandmont Rosedale.

By 2000, all the Reutter kids had moved out. Joan’s husband had died a few years before, and she found herself alone in the house that once held 15. According to Meg, her mother felt the loneliness of the empty house. “It’s such a big place,” she told her kids. “I don’t need all this.” Her kids encouraged her to look for a ranch in Grandmont Rosedale, because, as Meg explains, “her whole world was there.” Ranches are few and far between in Grandmont Rosedale though, so Joan moved out of the neighborhood, not far from where Meg lives. This past October at age 91, Joan passed away.

The Reutter kids are spread far and wide now, with only Meg living in the Detroit area. Meg has attended many a June Day with her kids, often participating in the long standing Run for the Roses. It’s one thing to list the ingredients of what makes a neighborhood great – good neighbors, community activities – it’s something far different to participate in a community. Going to events and volunteering at events keep a neighborhood vibrant. And chances are good that your participation will inspire other families and neighbors to take their turn at organizing the parade, or coaching soccer, or even creating a new community event so that coming generations will choose Grandmont Rosedale as a wonderful place to raise a family. 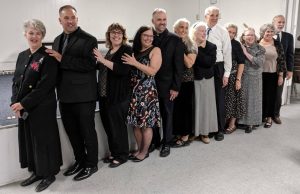 Meg (4th from the left), with almost all of her siblings today.