Lessons Learned at the May 22 Neighborhood Safety Meeting 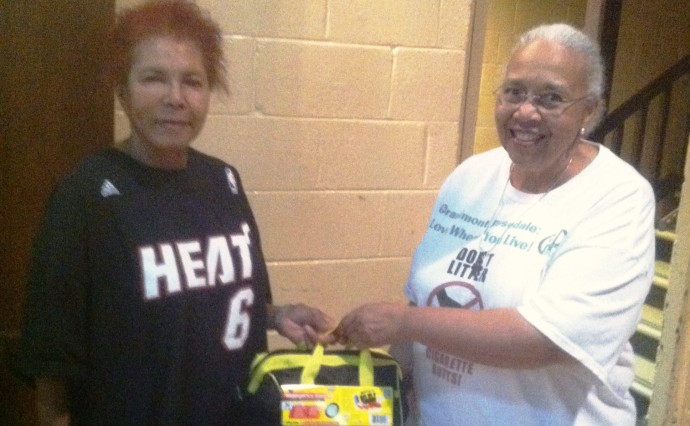 The Neighborhood Safety Meeting on Thursday May 22 drew a good- sized crowd to the North Rosedale Park Community House eager to hear from 8th Precinct Captain Donna Jarvis as well as Miriam Blanks-Smart, manager of the Department of Administrative Hearings.

According to Captain Jarvis, several areas of crime have decreased within the last year including:  homicide, down 10%; robberies, down 29%; car jackings, down 4%, and stolen vehicles, down 22%.  Captain Jarvis emphasized that while these numbers are encouraging, residents should be mindful to avoid gas stations at night, and not to leave valuables in sight inside their vehicles.  Captain Jarvis also responded to a question regarding the theft of catalytic converters from vehincles.  She indicated that there is a focus on pursuing the purchasers of the stolen catalytic converters as a way of discouraging further thefts.  Aggravated assaults are up13% in the precinct, due mostly to domestic violence, according to Captain Jarvis.  Within the last year, the 8th Precinct response time has decreased to under nine minutes, and the precinct has made more felony arrests and gun confiscations than any other precinct.

Karen Johnson-Moore, Community Security Program Manager for GRDC, introduced Miriam Blanks-Smart, manager of the Department of Administrative Hearings (DAH).  Blanks-Smart explained the DAH process for handling blight and code violations.  While the DAH is the city of Detroit’s “Blight Court,” according to Blanks-Smart, the DAH does not issue blight tickets.  Rather, the DAH adjudicates blight tickets, and accepts payments on the tickets.  The police, the Department of Public Works, and the Building and Safety Engineering Department can and do issue blight and code violations tickets.  Among the top ten blight violations are:  allowing solid waste to accumulate, failure to register rental property, and allowing rodent harborage.  Blanks-Smart stressed that the most effective way to fight blight is for the community to report concerns to police officers, the city departments and/or the city council:  “You care, you see it, and you complain.  That’s why most blight tickets are issued.”  Since 2005 over 278,000 blight tickets have been issued and 277,000 hearings have been held.  Blanks-Smart also indicated that if a resident would like to know if a blight ticket has been issued, or if there is a hearing pending on a property, the resident can search the Department of Administrative Hearings’ web page, provide the address, ticket number, or property owner’s name and discover the status of the property.