GRDC Soon to Renovate and Sell its 100th Home 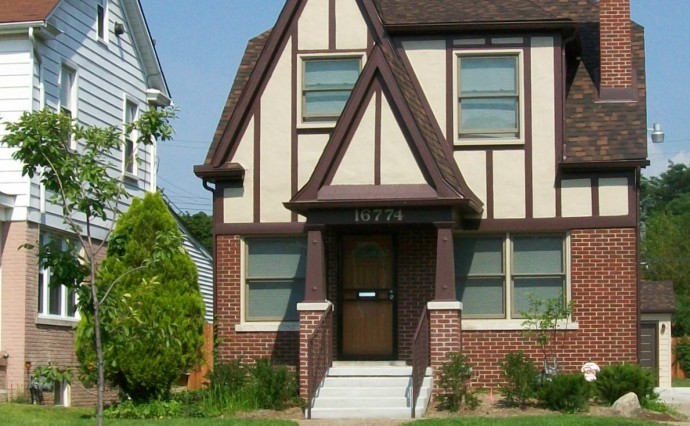 With all of the vital and various programming that GRDC has developed over its 25 years, it’s important to remember that an important piece of GRDC’s mission is the renovation of vacant homes.  This year, GRDC’s 25th, will be the year that GRDC has successfully renovated its 100th home in Grandmont Rosedale.  One program that has enabled GRDC to make such strides is the Neighborhood Stabilization Program,(NSP), a federal program that through the city of Detroit funds the purchase and renovation of homes for resale to moderate income buyers.  Currently there are a total of nine homes in the NSP.  Six sales are pending, two are sold and one home remains under renovation.

GRDC currently has several other houses in various stages of development.  Two are renovated and for sale, three are under renovation, and purchases are pending on three more homes.  In July, GRDC started renovation on their 100th and 101st houses. This year alone GRDC expects to sell 15 rehabbed homes in Grandmont Rosedale.

GRDC spends a great deal of time and attention renovating homes.  For instance, one home on Glastonbury had been vacant for several  years, and there had been a fire.  The entire house had to be reframed and and totally remodeled.  GRDC does not cut corners, even with design decisions, choosing high quality renovation materials and paying attention to the grounds around the house as well as the interior.

A challenge GRDC faces each time they renovate and sell a home is the cost of purchase and renovation usually exceeds  the sale price of the home.   In addition to NSP funding, GRDC has received grants from the Kresge Foundation and Wells Fargo Bank to subsidize the cost of renovation. Occasionally GRDC receives a house as a  donation.  This spring, long-time Rosedale Park resident Helen Tucker left her home to GRDC in her will.  These donations are, according to GRDC Executive Director, Tom Goddeeris, “a nice surprise,” but cannot be counted on as reliable sources.

GRDC bought a vacant house on Rosemont in January, 2014.  After very extensive renovations and two successful open houses, GRDC received an offer for $150,000 — $10,000 more than the asking price. “This increase in the housing market is very encouraging,” says Tom Goddeeris, GRDC’s Executive Director. “With the economic crisis and housing market crash of 2008, we saw a sharp increase in foreclosures and a drop in housing values.  Now prices are recovering and most of our renovated houses are selling very quickly.”

The upward swing of the housing market is not just due to the recovering economy, however.  GRDC’s careful renovations are a key factor in the favorable sale of these homes.    Senior Construction Manager Glen Warn also sees the connection between quality renovation and housing market values:  “A few high value sales in an area make a big difference” to the value of all the homes in an area.  “Our strategy is definitely working,” says Tom Goddeeris.  “Over half of the buyers are from outside of Detroit, and they are mostly young buyers.”

GRDC is not just renovating vacant homes for today’s residents, but leaving a legacy.  The homes in Grandmont Rosedale were built with materials and skills that are hard to find today.  Such homes are rarely built anymore.  GRDC is ensuring that the integrity of these homes remains and that they continue to house future generations of Detroiters who care about their community.  It’s exciting to think what GRDC’s next 25 years will bring.