Farewell to One of GRDC’s Founding Fathers, Morris Goodman 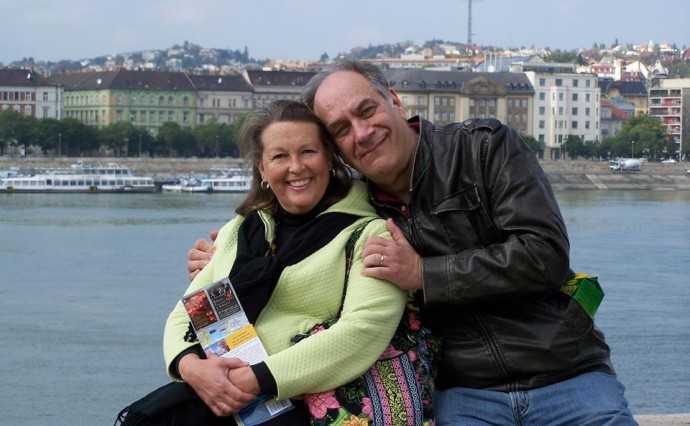 You know someone’s life has made an impact when the people who attend the final service can hardly fit in the building.  Morris Goodman packed the Northwest Unitarian Universalist Church on Monday, August 4, the day when his many friends and family from many various places gathered to bid their friend, confidante, inspiration and even political sparring partner, farewell.  There was a beautiful balance of tears and laughter.

GRDC has a particular thanks to offer Morris.  According to Tom Goddeeris, 25 years ago Morris was “one of the driving forces behind to founding of GRDC.”   As his wife of 38 years Sally says, “he saw too many empty houses” in the Grandmont Rosedale neighborhood and thought “we need to do something.”  Good to his word, Morris sat on the first GRDC board and remained a loyal cheerleader for all things GRDC for the next 25 years.

This passion to not just say something, but to do something extended far beyond GRDC.  Morris was also an active member of several community theaters, a good, honest and generous lawyer (you can bet there were more than a couple of lawyer jokes at the service and the gathering afterword), a community activist in whatever community he lived, and an active political thinker and writer.  In fact, one of his last acts was to vote in this week’s election.

Morris and Sally were married in the backyard of their first home in Grandmont in 1976.  In 1980 they moved to another house, same neighborhood, same street, and then in 1986 they moved to a home in North Rosedale Park with room enough for their two coming sons, Andrew and Alex.  Although Sally and Morris moved from North Rosedale several years later, Morris remained an active participant in the community.

GRDC’s 25th Anniversary Picnic was Morris’ last outing.  He was thin, but happy to be among friends.  While he didn’t make the rounds with his familiar, tall, loping gait, his could still muster up a bellow.  “Tom Ridgway!”  “Karen Moore!” and, for Tom Goddeeris, “Mr. GRDC!”  It was clear at the picnic that Morris was proud to be a part of GRDC.  GRDC is more than proud to have had his support.  Indeed, GRDC might never have come to be had Morris not insisted that people DO something about a problem, not just talk about it.