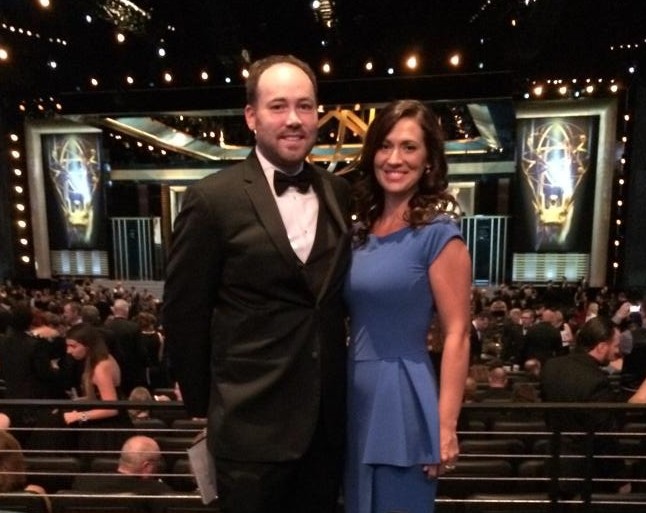 When Mara LePere-Schloop was in elementary school, she was asked to draw a picture of her house in Rosedale Park.  It was in math class, and it was an exercise in spatial thinking.  Mara liked drawing her house.  She got into it.  When she was finished, a visiting teacher took a look at the collection of students’ drawings and stopped at Mara’s: “I like what this young man has done here.”  Several years later, Mara got a master’s degree in architecture from Tulane University in New Orleans.  Several of the in-between years were spent as a member of the technical crew for Mosaic Youth Theatre of Detroit which Mara cites as a major influence on her career.  Starting at age 11, Mara, and the others in the all-girl tech crew learned not just how to use power tools, but how to build and design sets for several plays.  Mara “thrived” in the tech crew.  The hands-on, strategic coordination of many elements necessary to stage a play was something Mara really enjoyed.

While in grad school, Mara worked on a variety of projects that involved film as well as architecture.  Her first foray into film Mara saw as a chance to avoid the presentation option for the final in a graduate course.  Mara knew that while choosing the documentary option over the presentation got her out of public speaking, she would have to learn editing software.  It turned out that Mara had a talent for documentary filmmaking.  Her professor encouraged Mara to take her film to film festivals.  Mara had her eye on finishing grad school though, and instead chose the 6 week internship with a skilled trade over the 12 week internship with an architectural firm option to finish her degree.  Mara’s dad, Phil Schloop, retired business manager of Operating Engineers local 547 in Detroit, encouraged Mara to “learn the trade side of architecture”.  Again Mara recognized that she liked working with her hands, liked being “engaged with design,” rather than just being involved in the conceptual part of design.  Mara did graduate and soon found work at a design build firm in New Orleans which focused on furniture.

In 2005, when Katrina hit New Orleans, Mara and her boyfriend Nick Jenisch were among the many who evacuated.  Thinking they’d be away from home for just a day or two, Mara and Nick took very little with them.  But the time they were able to move back to their place, 1 ½ months later, not just was their home not quite the same, but the design firm Mara worked for was gone.  Mara found work with FEMA, inspecting homes post-Katrina.  The work was difficult and distressing.  A former professor of Mara’s called her about a screenplay he had written about a claims adjustor in New Orleans after the hurricane.  He asked Mara to be the artistic director, to help him turn the screenplay into a film.  She thought “Why not?  This could be fun.”  The film “Lo and Behold” won Best Narrative Feature at the International Rome Film Festival and Best Feature at the New Orleans Film Festival. For the following ten years, Mara’s life has been incredibly busy.

Mara has worked as an art director and/or production designer on the award winning films “That Evening Sun” and “I Love You Phillip Morris”.  She is a member of the Art Directors Guild, into which one must be voted, not simply pay dues.  It is for her most recent project, the HBO series “True Detective,” that she was nominated for an Emmy for artistic director.  As an artistic director, Mara was responsible for, what she calls, “the overall look and feel” of the show.  For instance, “I make sure an actor in a beige shirt is not sitting against a beige wall.”  She coordinates a vast sea of details and people.  Mara has to pay attention to photography, props, lighting, blocking, set construction and design, and  the number of people involved in the project (from the art department to the construction crew) can be in the 100s.  This coordination of detail is “challenging and demanding,” but Mara still enjoys working with the crews and sees the coordination of a show’s many aspects as challenging and exciting.  Her earlier experiences as an illustrator, set designer and builder, construction worker, filmmaker and student all came together in her role as the artistic director of “True Detective.”

The days are long on such a project, often 16 hour days, 6 or 7 seven days a week for 10 or 11 months, so it was a nice break to come home to Rosedale Park after the show, after the Emmys to rest for a bit.  It’s ironic that Mara doesn’t see her gift for creating a fictional and compelling world unusual, but instead, labeled the spectacle of the Emmys at the Nokia Theater in Los Angeles “weird”.  Mara was nominated for an Emmy for Artistic Director of “True Detective”.  She bought a beautiful dress and she and her husband went to the Emmys.  Afterward she came back home to visit.  Her parents Mindy LePere and Phil Schloop welcomed their daughter home, took her to a ball game, and talked about what’s next.