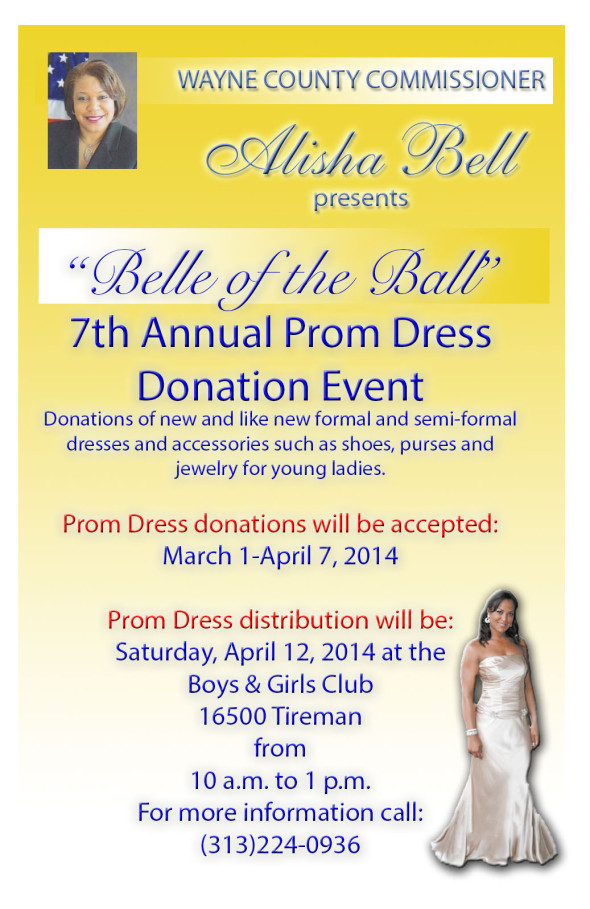 Seven years ago Commissioner Alisha Bell had a great idea.  Commissioner Bell was talking with her mother about all the dresses so many women have in their closets that they’ve worn only once, and Commissioner Bell decided that those dresses shouldn’t just hang there unused.  “At the time the economy was bad and many people were having a hard time making ends meet.  I’ve always had an affection for young people, and the notion of providing young ladies with dresses that we had in our closets developed into ‘Belle of the Ball’ Prom Dress Give Away!”  For seven years Commissioner Bell, along with the support of the Boys and Girls Club, the Salvation Army, the Children’s Center, 2 Men and a Truck, various stores, and several professional women, have been giving away dresses to young women who need something beautiful to wear to the prom.  A young women’s prom outfit doesn’t end with a dress, however.  The “Belle of the Ball” has also gives away donated jewelry, shoes and purses.

“Every year, over 100 girls come to the event,” says Commissioner Bell.  This year’s prom dress distribution will take place on Saturday, April 12 from 10am-1pm at the Boys and Girls Club, 16500 Tireman.  Prom dress donations will be accepted until April 7.  The young women “come from all over metro Detroit – all four counties.  There are no requirements.  It’s first come, first serve, and girls usually line up an hour before we open the doors.”

This year’s “Belle of the Ball” will be the last year in this format.  This year, Commissioner Bell will be donating all the dresses that are left after the giveaway to the Don Bosco Hall Community Center so that “girls can come year round to get a dress.”