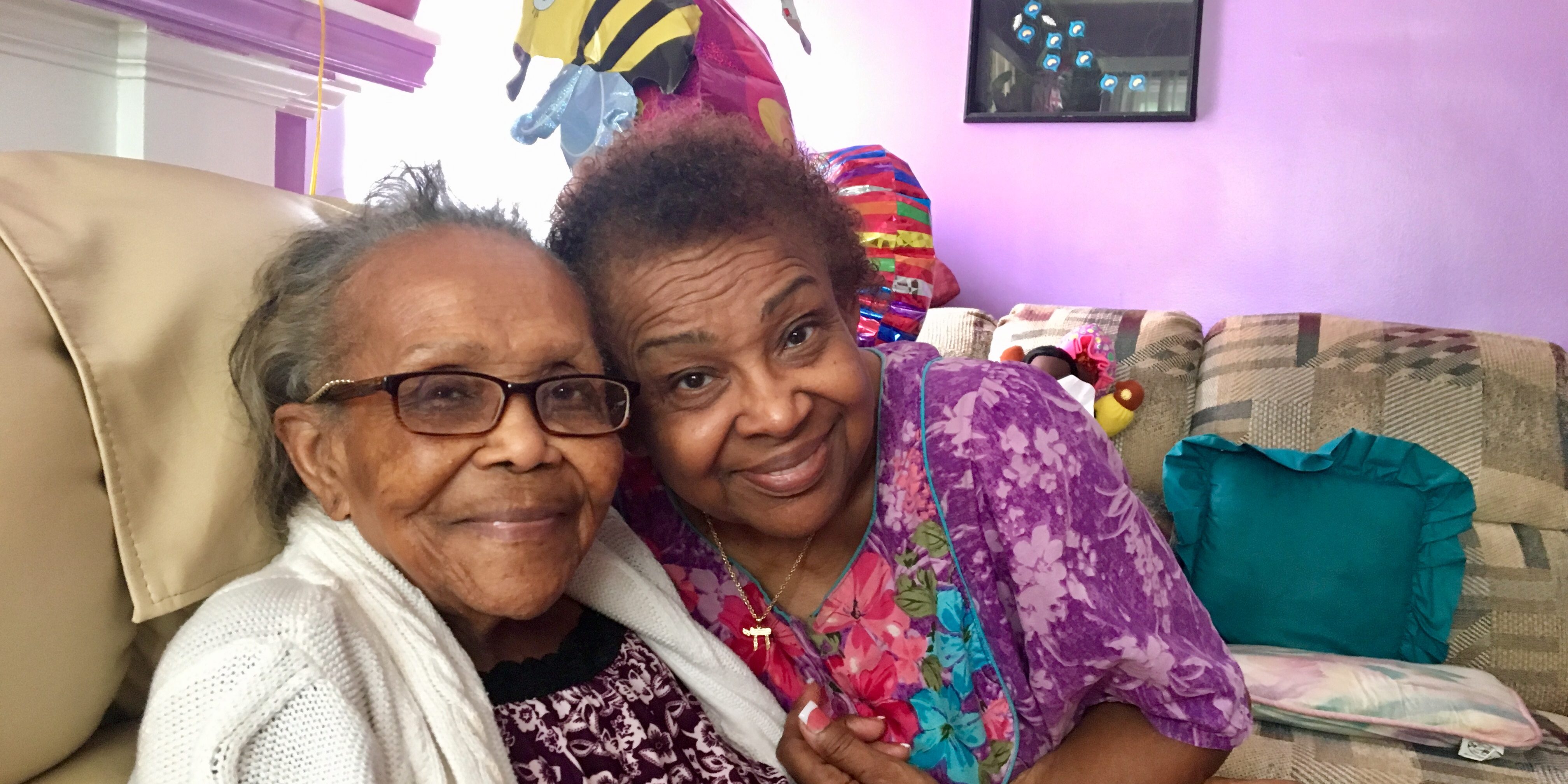 103 years is a long time. It’s a long time to collect loved ones, experiences, and stories. Grandmont Rosedale resident Luneata Grace (or “Gracie”) Hite is 103 and she has no shortage of all three. If a sign of a life well-lived is how well you are loved, then Gracie has indeed lived well.

Gracie was born in 1916 in New York to a young woman who had run away from her home in Crockett, Texas to become a dancer on the Paramount Stage. Soon after arriving in New York, Gracie’s mother met her dad, a Pullman Porter on the New York Continental Railway. The two married and were soon expecting. Gracie’s father was killed in a train accident before he ever had the chance to meet his baby girl. Widowed and pregnant, Gracie’s mother knew she couldn’t work and take care of an infant and so once Gracie was born, family looked  after Gracie, bringing her to Phoenix, Arizona. Gracie’s grandparents took Gracie in when she was 3, bringing her back to Texas where Gracie’s grandfather was a preacher. Two years later Gracie’s grandparents died, and Gracie’s Aunt Amanda stepped in, bringing Gracie to live with her in Inkster, Michigan and then Detroit. This all happened before Gracie’s 6th birthday.

Gracie remembers her childhood as a happy one, filled with family and friends. She loved school, and is still quite proud of winning the spelling bee in third grade: “I was real good!” she says. Once grown, Gracie married, had three children, became a widow when her youngest was just six, remarried, divorced, adopted another child when her youngest was in her teens, lost her oldest daughter Sharon to an extended illness, retired from the postal service, and finally came to live in Grandmont Rosedale with her second daughter Toni, right next door to her youngest daughter, Joann. For most of their growing years, Gracie was on her own to raise her children, but just as her family came together to help her mother so many years ago, so Gracie has always had a strong family around her, helping her with her children. Her family surrounds her now, keeping her company, looking after her needs, taking her on outings, demonstrating that for this generation too, the family tradition of mutual care and support has been passed down.

Gracie’s daughter Toni Hill used to manage and live in an apartment building where she and Gracie’s Aunt Amanda, the aunt who helped raise Gracie, also lived. Toni looked after Aunt Amanda until she died in 1991, just two weeks shy of her 100th birthday. Then, as her mother aged, Toni moved Gracie into the apartment building. Toni was careful to give her mother her own space, staying next door, and then in the apartment below her mother’s. Toni retired from managing the apartment building and Gracie’s needs increased, so the two of them moved into a house in Grandmont Rosedale, about 9 years ago. Toni’s youngest sister Joann lives right next door, making that circle of family support more complete. Even in the house Toni continued to do her best to allow her mother to be as independent as possible. “I tried to simulate apartment living,” says Toni. “We each had our own space. She preferred the upstairs, which was fine in the summer months, but in the winter it was just too cold, so we brought her downstairs. Now we share the main floor and the upstairs is mainly for storage.”

The respect and affection Toni shows for her mother is evident in the thoughtfulness of their accommodating living arrangements, and in how attentive she is. As Toni sees it, she treats her mother the way her mother treated her: “She was kind even when I was a kid causing trouble.” As far as Gracie is concerned, all her memories and even her todays are nothing but reasons to be happy and grateful. When she remembers decades back she thinks only of the good times, like when she played golf with her second husband: “We played at Palmer Park and I was pretty good – better than most!” When asked how she feels at 103, she says it’s “Not bad at all. I feel like a million dollars.” A volunteer from Catholic Social Services drops by twice a week to spend time with Gracie. She leaves with a kiss, “Be sweet, Gracie!” and a promise to see Gracie soon. Gracie attends church, an occasional dinner out, and family get-togethers. According to Toni, Gracie “particularly loves going to neighborhood events” like the Super Senior Luncheon at GRDC and the Grandmont #1 Blues Concert. “She’s a real charmer,” says Toni. “She has the greatest smile. Everybody loves her.” About a year ago, Gracie’s nephew who works in the concrete business had a stone made that reads “102 years old and still kickin!” and installed in on the front lawn. This year he had to buy a number 3 to update the stone for Gracie’s birthday. He may not be done updating that stone for a while though. Longevity runs in Gracie’s family. While her aunt died just shy of her 100st birthday, family lore has it that Gracie’s Texas preacher grandfather lived to 113. “I intend to live forever,” says Gracie. “I think she means it,” says Toni, smiling.

The wisdom Gracie shares about her secret to a long and happy life is rooted in her family that has been a part of her life, all her life. Grandmont Rosedale is honored to have several super seniors as residents. If you know of an elder next door or down the block, you might think about baking a few extra cookies, or taking over some flowers from your garden. Be sure to ask them about their family, how they feel about community, or their secret to a life well lived. Chances are good that strong family connections has a lot to do with it.