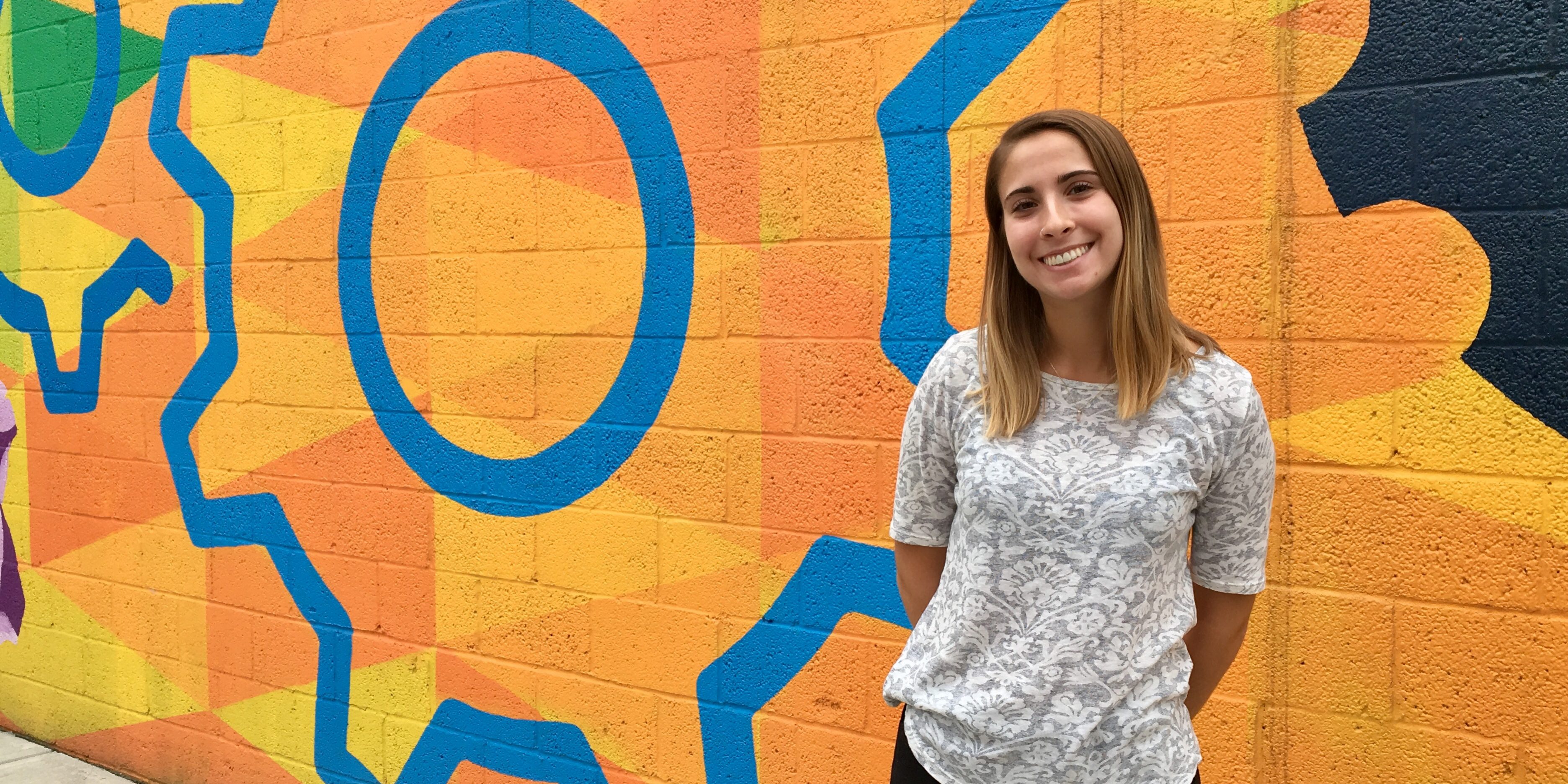 Ashley Baker started her University of Michigan undergraduate studies in neuroscience, biology, and chemistry. She was doing well in her classes, but once she took an introduction to urban planning class, she left the hard sciences to focus exclusively on her new field of interest. “It just clicked,” Ashley says of her first experience studying urban planning. Ashley was interested in architecture, community and economic development, and learning just how communities are established. Ashley chose Environmental Science with a concentration in urban planning as her major because while her hard science courses counted, this focus offered the most opportunity for taking urban planning courses. When she found out that there were careers in urban planning, well, that sealed it. “There are careers in this? Cool!” she thought.

Ashley came to GRDC as a Semester in Detroit intern in early 2017. Ashley applied to intern at GRDC because she wanted to work in a neighborhood, not downtown. Ashley had not heard of GRDC, but she did her homework and learned that GRDC had great connections throughout the city and a long history of successful community and economic development. The UM Semester in Detroit program is intense. The interns spend half their time in class and the other half working. Ashley was happy to discover that Larissa Carr, GRDC’s Grand River WorkPlace Manager, was not only a GRDC employee, but Larissa had also been a Semester in Detroit intern. In fact, Larissa became the first Semester in Detroit alum to mentor a current intern. Larissa knew well the demanding schedule of such an intern and so offered Ashley encouragement and understanding.

Once Ashley graduated, she applied for jobs in urban planning. For a few years Ashley had been looking forward to leaving Michigan to head for either big city on the coasts, Los Angeles or New York City. However, during her Semester in Detroit, Ashley had built relationships with a variety of people in the Grandmont Rosedale community and within the busy urban planning community in Detroit. Ashley knew that Detroit “would be hard to leave.” She got an interview for a government position in a rural California town. She went out there, but decided that she “couldn’t quite say no to Detroit,” and so returned home to accept an offer at GRDC to become a Community and Economic Development Specialist.

Ashley is a great addition to the GRDC team. Her expertise is at least matched by her enthusiasm for the Grandmont Rosedale community and the work GRDC does. Her work here, both as an intern and now as an employee has, as she says “given context to my education. I see the theory put into practice and I realize that my classes were relevant to the experiences I’ve had here.” It truly is exciting when one sees what one has learned in theory becomes effective practice that makes lives better for the residents of a community. GRDC is thrilled that, at least for now, Ashley has chosen to stay in Detroit and in Grandmont Rosedale. Ashley’s plans for the future include a Master’s in urban planning and continuing to find ways to make our community stronger. Ashley firmly believes that community is fundamental to everyone’s happiness. We at GRDC couldn’t agree more.