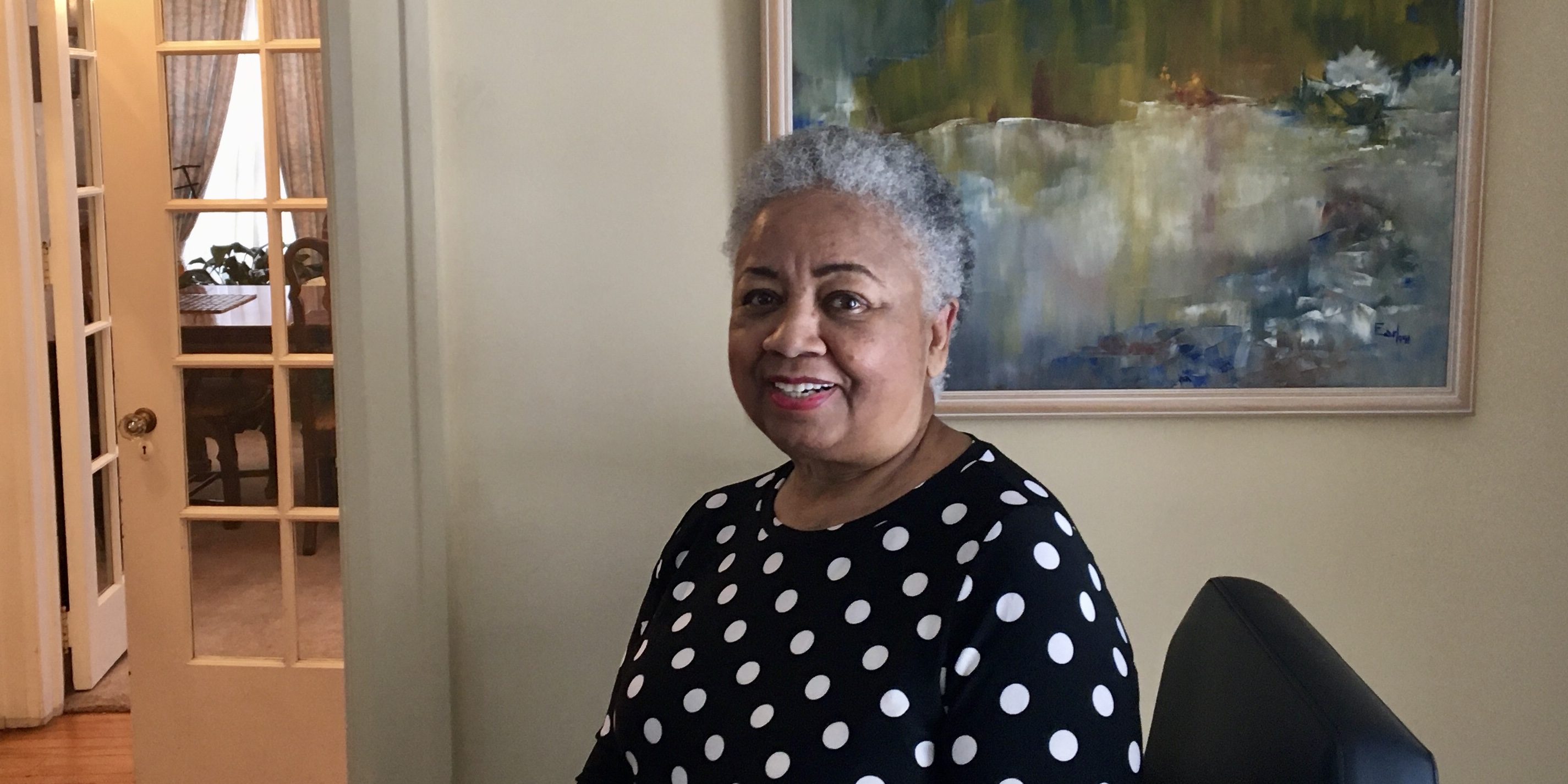 There’s a very long history of grandmothers loving their grandchildren. This affection is often expressed in baked goods, thick photo albums, and a firm belief that her grandchild is the cutest, sweetest, smartest, dearest little one ever. If there were a Most Devoted Grandmother Competition, Edda Nell Whitfield Dickerson would be a tough one to beat. She’d definitely win the Most Creative Grandmother Award.

Edda is a self-taught, mixed-media artist who takes much of her inspiration from other artists such as Elizabeth Catlett, Jacob Lawrence, and Kehinde Wiley. You might recognize the influence of these artists if you have stopped by the Town Hall Caffé, 19180 Grand River, where several of her pieces were displayed. As you see in the pictures below, her grandchildren are often the focus of her work. Edda will use nearly any material to create the effect she’s after. These “snippets” as she calls them, might be cut from photographs as in the piece reminiscent of Omari Bearden’s “The Piano Lesson,” only in Edda’s piece, it’s her face that watches over her grandson Jeremy as he plays the piano. Edda spray painted a produce bag to create the effect of chrome in a piece inspired by trip to Cuba. A piece of cord is the jump rope in the portrait of a girl à la Elizabeth Catlett’s “Skipping Rope.” Kehinde Wiley’s work has clearly influenced Edda’s portraits of her grandchildren in their hockey and fencing gear. Edda says that “If I were a rich man, I’d have Kehinde Wiley paint portraits of my grandkids, but I’m not, so I did it myself.” Edda has four grandchildren, two of whom live in Grandmont Rosedale, but she didn’t really begin this prolific output of art until she was waiting the arrival of her first grandchild. She had taken many an art class, from calligraphy to woodworking, belly dancing to singing, but her work with textiles was truly inspired by her four grandchildren.

BECOMING A GRANDMOTHER AND AN ARTIST

Like nearly every grandmother ever, Edda could hardly wait for her first grandchild to arrive. Like many a grandmother, Edda thought a quilt would make a lovely gift. She had sort of an inspirational quilt in mind. With 38 years experience as a Language Arts teacher in the Detroit Public Schools, Edda knew a thing or two about communicating effectively. She sent a letter to people whom she considered to be “accomplished and notable African-American achievers” and included a square of material that she asked them to autograph and to “please use a pencil to date and sign the enclosed square of material within the marked borders.” Grandmothers have long been known to be powerful people, and Edda is no exception. Here are just a few of the signatures Edda received and then embroidered into her grandchild’s quilt: Andre Watts, Carl Lewis, Coretta Scott King, Della Reese, Spike Lee, Julius Ervin, Maya Angelou, Ossie Davis, Gregory Hines, Fatts Domino, Patti LaBelle, Johnny Mathis, Tommy Hearns, Muhammad Ali, Jocelyn Elders, Sinbad, Gwendolyn Brooks, James Earl Jones, Rose Parks, Judith Jamison, Wynton Marsalis, Nikki Giovanni, Dick Gregory, Marian Wright Edelman, Oprah Winfrey, Lionel Hampton, Roy Campanella, Barbara Jordan, Michael Jordan, Flip Wilson, Shirley Chisolm, Ruby Dee, Angela Davis.

A LIFELONG LOVE OF ART

Edda had made several quilts already. One depicted her childhood home in Benton Harbor and the wonderful memories it evoked, and another was based on an old family photo. When her grandchildren started coming though, Edda’s productivity as an artist took off. Not only did she piece together the amazing, historic quilt of signatures, she also cut, built, and painted a wooden screen with nursery rhymes and the African alphabet that still stands in her grandson’s bedroom. Edda admits that those earlier days of taking art classes of all kinds often left her “sleep-deprived,” because she was also teaching and raising her own two kids, but those classes paid off. They reflect her wide-ranging interest in all things artistic as well as her varied skills.

Edda’s entrance into the world of art began with music when she was a child herself. She credits her mother with teaching her the power of singing. Her father was a Pullman Porter and a preacher who knew the beauty of a well-written sermon. Edda has played piano, violin, and viola. For the last several decades, she has sung in the award-winning, barbershop harmony Sweet Adeline chorus, and she continues to sing in her church choir. Edda has also traveled extensively, as is sometimes evident in her artwork. When she has traveled to Canada, South Africa, South America, and the West Indies, Edda “always included visits to the major art museums and cultural centers.”

ANOTHER GRANDCHILD, ANOTHER LETTER

Edda’s four grandchildren are now, ages 22, 23, 24, and 27. When the last of her grandchildren, Joshua Cooper who grew up in Grandmont Rosedale, was set to graduate high school, Edda wrote another letter. In this letter, Edda described herself as an “inordinately proud grandmother of an exceptional young man.” Edda listed Joshua’s accomplishments, interests, grade point average, and his “kind, helpful, loving and lovable personality.” Many a grandmother has gushed over her grandchildren, but Edda had a letter-writing history. She didn’t ask for signatures this time though. This time Edda asked notable people if they would “take a few moments to write to my grandson to tell him the best (or worst) advice you ever received.” Again, here is a partial list of those who responded: Herbie Hancock and Wayne Shorter, Quincy Jones, Carl Levin (an entirely handwritten note), Nikki Giovanni (again!), General Colin Powell (again!), Justice Sonia Sotomayor, Neil DeGrasse Tyson, and Barack Obama. It’s pretty clear that Edda Dickerson is no ordinary grandmother. 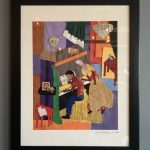 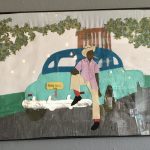 Inspired by a trip to Cuba 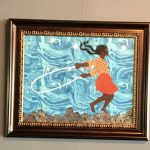 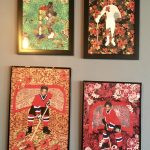 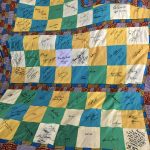 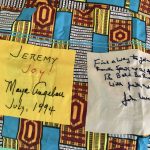 Maya Angelou and John Lewis’ additions to the signature quilt 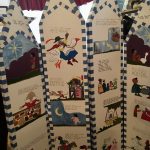 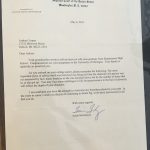