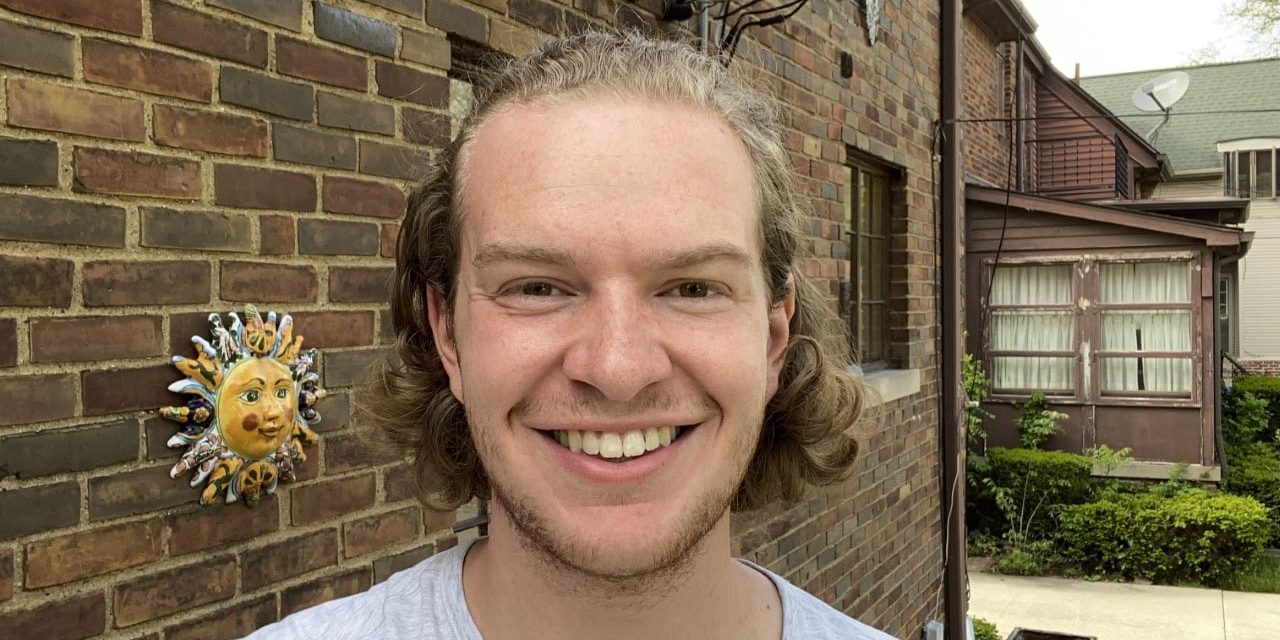 The last several months have not turned out the way most people expected. GRDC’s summer intern William Patterson had to catch an unplanned flight from Nairobi, Kenya just a month into what he hoped would be a several month study of how environmental issues affect human health. William had finished an urban planning class, taken a crash course in Swahili, and had just started to learn about life in a remote village when he had to leave before the borders closed.

William is a student at American University in Washington D.C. with one more semester to complete before he earns his degree in International Studies with a focus on Environmental Sustainability and Development. The trip to Kenya was recommended for his area of study. Like many college students, William came back home before the school year was over. While William was away at college, his home had moved from Chicago where he grew up to Grandmont Rosedale where his mother grew up. William’s mom came back home to be with her mom who has lived in Grandmont Rosedale since the early 1940s. William’s great aunt, lives here too, just a couple of blocks away.

William was familiar with Grandmont Rosedale having visited his grandparents over the years. He had heard of GRDC from being around the neighborhood and through an internship he had last summer working in Community Engagement with the City of Detroit’s Public Works Department. “I kept hearing GRDC mentioned, and I knew that GRDC was an organization I should learn more about.” Since mid-May William has been learning quite a bit about GRDC. According to GRDC’s Deputy Director Amanda Brewington, “William has been a great help to Kiki Louya, our Northwest Detroit Farmers’ Market Manager, helping with the newly developed curbside pick-up and delivery version of the Market. He will also be assisting Kiki as we begin to re-open the in-person version of the market on July 9th.” William will be with GRDC until mid-August when he may or may not go back to school to finish his degree. William’s sincerity in contributing to the non-profit world and issues of sustainability is evident in the fact that he is receiving neither college credit nor pay for his internship at GRDC. He is here to learn, plain and simple.

William had planned to finish out the summer working in Chicago after he had completed his stay in Kenya. He had hoped to take weekend hiking trips and then, once he graduated, maybe pursue the Peace Corps, or environmental lobbying.  Attending graduate school in urban planning is a definite possibility in a year or two, but for now, William is happy to be a part of the Grandmont Rosedale community. He’s discovered that Belle Isle and the Michigan-Huron trail are great places to hike, and that living in Grandmont Rosedale is a great “opportunity to practice what I preach. I live and work in the same neighborhood. I can walk or bike, and I feel more engaged with the community. Everyone waves here. It’s a nice change of pace. Knowing who our neighbors are is a new one for me.”

MAKING PLANS FOR THE FUTURE BY LEARNING FROM THE PAST

As William’s family knows, Grandmont Rosedale has been a close-knit community for decades. His mother has been especially grateful for this cohesion when she was living in Chicago. She knew that her parents had neighbors who were like family and that she needn’t worry. Just as William’s grandmother knows a thing or two about community, so too has William’s knowledge of sustainability affected the community. At the end of each Farmers’ Market Thursday, William brings discarded lettuce leaves, fallen greens, and the usual Market detritus to his grandmother’s house. He bought a compost barrel for her backyard and met her skepticism with the promise that she could ignore it, that he’d take care of it. They both have already been rewarded with some nice rich compost for the garden.

Like so many of us lately, William has learned that plans change. This doesn’t stop him from making them though, and living in Grandmont Rosedale permanently is on his list, with some thought to working toward making living here even more sustainable. “I see a future here, but the lack of mass transit is a drawback. To me, mass transit is inevitable. I don’t have a car, partly because the insurance rates are so high. Cars take a higher environmental toll and you lose business without mass transit which affects the tax base.” The interruption of William’s plans did nothing to slow his ambition to make where he lives, better. Our community benefits from William’s vision, because, as he says, “For now, Grandmont Rosedale is home.” 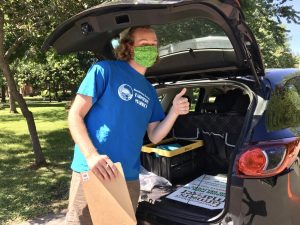