Two Jazz Musicians, Composers, and Teachers are Across the Street Neighbors in Grandmont Rosedale 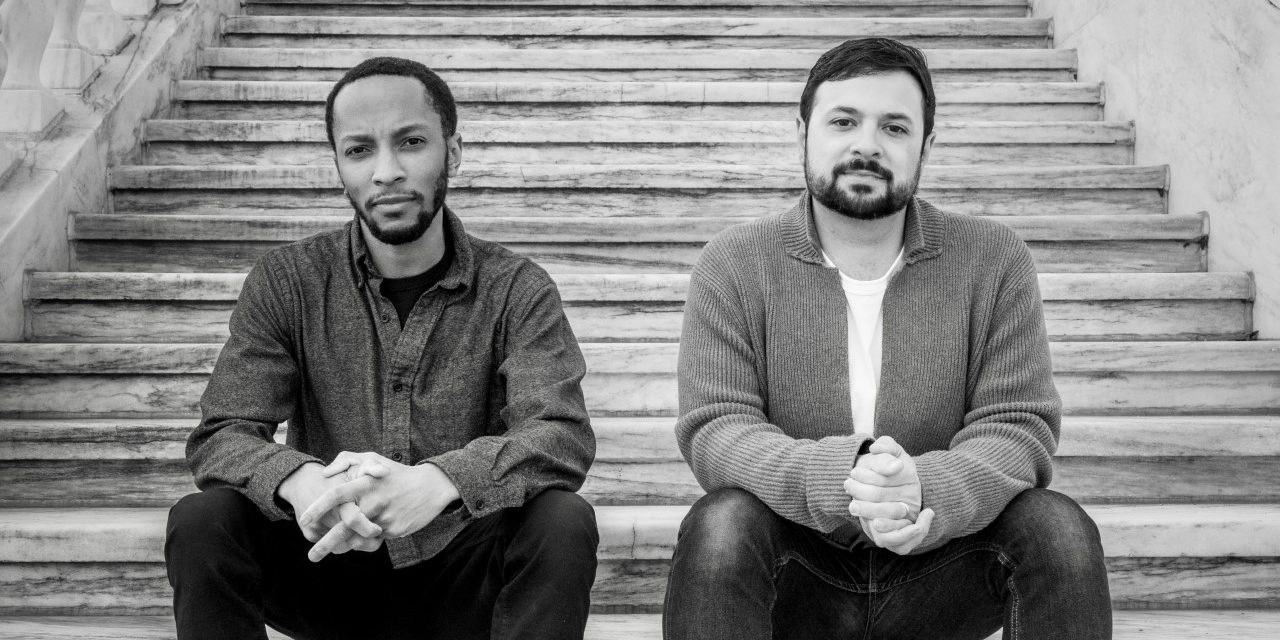 According to the Detroit Free Press, Grandmont Rosedale resident Marcus Elliot is a “saxophonist, composer, improviser, and educator based in Detroit, Michigan. Marcus is a 2020 Kresge Artist Fellow.” The New York Times: Marcus’ “compositions and improvisations are convincing and confident, evolved in touch and tone…Marcus Elliot represents next generation of jazz”.

According to Detroit Metro Times, Grandmont Rosedale resident Michael Malis is a “composer, pianist, and music educator based in Detroit, Michigan. A multi-faceted musical artist, he works across genres in improvisational, concert music, and interdisciplinary settings. His March 2020 release, Three Pieces for Piano, was praised by the Southeast Michigan Jazz Association as ‘thrilling music, with shifting harmonic and rhythmic qualities that require prodigious precise technique and the kind of generic versatility that few pianists achieve.’”

Exemplifying the serendipitous magic that so often happens in Grandmont Rosedale, Marcus and Michael are also across the street neighbors who have known each other since they met as teenagers at the Detroit Symphony Orchestra’s Civic Jazz Program. They have been hanging out ever since.

In 2019 Michael his wife Carmen and baby boy Gabriel were looking for a home. Michael’s grandfather’s first home was in Grandmont Rosedale, so Michael was familiar with the neighborhood and knew of the beautiful homes and tree-lined streets. Their lease on their apartment was ending, and Carmen and Michael really wanted to live in a family-oriented neighborhood in the city, but they weren’t having any luck finding a good match. As Michael and Carmen slowly drove the streets of Grandmont Rosedale looking at homes, a neighbor out shoveling snow recognized Carmen, or, actually Carmen’s mother, whom Carmen closely resembles. The shoveler worked with Carmen’s mother, and told the young couple that Grandmont Rosedale was a wonderful place to raise a family. “And that’s when we committed to living here,” says Michael. Soon after that encounter, they did finally find a home in the neighborhood.

About a year and a half later, Marcus and his pregnant wife Trista were looking for a family-friendly neighborhood, and so made offers on 10 homes in Grandmont Rosedale, without any luck. They had a last chance house, but that didn’t work either so, what with the baby soon on the way, they resigned to staying in their apartment. Just a few hours after they called it quits on finding a home, Carmen called to say that their across the street neighbor wanted to sell their home privately. She sent them photos. “The house was beautiful,” Marcus remembers. “We got the keys on April 21, Elijah was born on April 22, and on April 25 we moved in.” “We’re a package,” Michael says. Their sons are growing up like siblings. A friend suggested that Michael and Marcus steer their sons toward bass and drums to round out the band.

THE IMPORTANCE OF LIVE PERFORMANCE

While they are both busy teaching, performing, and composing, their in-person live performances ended as COVID started. They both really missed performing live. They did some virtual performances, agreeing that it was just “nice to play” – for anyone. They both also much prefer playing live. “I play differently with an audience,” says Michael. “I’m sharing. Having someone to share with makes all the difference.” Marcus particularly noticed the difference in his playing because of the inability to do live shows: “Music has a social aspect to it. It can be the glue for community. There is a larger purpose for me to perform. There is an exchange with the audience in real time and space. Music is physical. The air moves from me, from us to the audience. We are physically touching folks in the audience when we’re playing. And we feed off the audience. That’s what makes a great show – when that exchange happens.”

THE UPCOMING RELEASE OF CONJURE

While they could not play for live audiences for two years, Michael and Marcus played together a lot. They spent a week in a cabin in northern Michigan right before recording their second album. The spent the week developing music and rehearsing. “It was an intense experience,” says Michael. The album that came out of this week at the cabin, according to Marcus, is “a continuation of a musical conversation between Michael and me…we created our own language, our own way of communicating through composition and improvisation.” The Detroit Metro Times called Michael and Marcus’ first collaborative album Balance “contemporary jazz of the highest order, a benchmark for where the genre can go.” The release of their second collaboration is a direct result of that week at the cabin. The new release is titled Conjure and will be released on Friday, December 9 with a release show on Saturday, December 10 at 8 pm (doors), at Trinosophes, 1464 Gratiot. You can preorder Conjure now at https://www.michaelmalis.com/discography or https://www.marcuselliotmusic.com/

When you visit their websites, you’ll see that both musicians have solo albums, and have collaborated with other musicians. Marcus and Michael are always interested in what other musicians are up to. “Lately I’ve got Cecile McLorin Salvan’s Ghost Song in my ear,” says Marcus. “Composer Iannis Xenakis’ Eonta is truly the most remarkable music I’ve ever heard,” says Michael. “It’s just bonkers!” Marcus and Michael know first-hand that the learning and discovery that music invites is endless. That they get to do this together, just by walking across the street is pretty darn great.