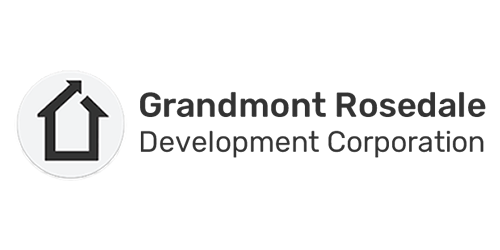 Residents from the five Grandmont Rosedale communities have been gathering to discuss ways to make our area safer and cleaner by reducing the speed and volume of traffic through our neighborhoods.  The particular method that this group is working on to achieve this is called “Traffic Calming”.  The Traffic Calming Committee has begun collecting feedback from residents from all five communities via a survey that asks residents to prioritize the areas of traffic concern in their neighborhoods.  Once collected, this data will “be analyzed to then plot out a preliminary Traffic Calming plan for the neighborhoods,” indicates  Rosedale Park resident and Traffic Calming Committee member Michael Wright.

So far, the areas most respondents to the survey indicated as top priorities are speeding, using side streets to cut through neighborhoods and the amount of litter passing cars leave in the neighborhoods.  Grandmont #1 resident Oliver Cole agrees that “speeding is a big problem.”  Rosedale Park resident Stacy Pugh echoes Oliver Cole’s concern with the additional emphasis on “increased safety for our children, especially when they are playing outside.”  The amount of litter along many streets is of concern to all committee members, as well as to several respondents to the survey.  Dr. Earlene Hall of Grandmont believes that it is time to do something proactive about the many traffic concerns:  “People take short cuts through our community.  We are a community of homeowners who try very hard to keep our property clean and neat.  We are looking at ways to limit access to and from our communities.  We are exploring what can be done.”  While the committee continues to solicit participation in the survey process, thus far, enthusiasm for the Traffic Calming Project has been evident.  North Rosedale Park resident Cheryl Buswell shared one respondent’s comment:  “We’ve been waiting years for this!”  Minock Park resident and editor of The Park Voice Vicki Holmes indicates that while “this is a long process,” the residents will be encouraged to voice “their opinions about the prospective changes”.  In fact, every committee member emphasizes that every resident’s feedback about the changes is important and that any changes will first be approved by the communities.  To hear more about the Traffic Calming Project, come to the community-wide meeting on Tuesday, May 27 at the North Rosedale Community House, 18445 Scarsdale.