The Streets of Grandmont Rosedale 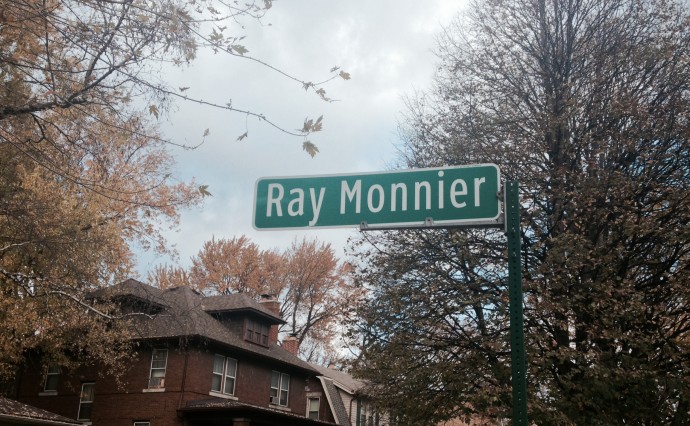 It is common for a city to name its streets after historic military officers or men significant in a city’s early history.  Chalfonte, for instance, was named after a French Lieutenant posted at Fort Ponchartrain during the 1750s.  Henry R. Schoolcraft is remembered as an early 1800s explorer, geographer, geologist and ethnologist whose contributions would not have been possible without the help and guidance of his wife, the Scots/Irish/Ojibwe daughter of a war chief who taught Schoolcraft the Ojibwe language.  McNichols was named after Reverend John P. McNichols, president of the University of Detroit in 1922 under whose leadership the 42 acres for the campus on Livernois were purchased.  George H. Fenkell’s work as a Detroit Water Commissioner and General Manager of the Department of Water Supply in the 1920s inspired both the inclusion of his name on the Belle Isle or MacArthur Bridge plaque and the renaming of Twelfth Street to Fenkell Avenue.

Sometimes street names denote a former land owner or important geographic location.  Grand River was a traveling and hunting path used by American Indians from Detroit to Grand Rapids.  Stoepel Park was named after William Stoepel, the man who donated the park land.  Sometimes, developers are given specific direction by former landowners.  Mrs. Boylan, an early settler of Grandmont, sold a tract of land to the Grand River Development Company in the early 1900s and stipulated that maple trees had to be planted on each side of Rutland.

While some streets have changed names, Mill Road changed to Southfield Road, and Warwick used to be named Rosedale Park Boulevard for instance, most of these changes happened quite a while ago as the homes and streets in our community date from the late 1800s. There is a street in Grandmont, however, that some of our current residents had a hand in changing from its original name.  Ray Monnier Drive was once called Midfield.  It still is called Midfield outside of Grandmont, but within Grandmont, Ray Monnier Drive is a reminder to the residents of the first business owner on Grand River.  Back when Grand River was a dirt road, in the late 1920s, Ray Monnier had a hardware store built – Grandmont True Value Hardware.  Ray was the kind of hardware man who would take the time to help you solve your plumbing problem, find the right size nails, and rescreen your windows.  As former Grandmont resident Richard Berlin remembers, “Ray would talk to every customer who came in.  He knew everything there was to know about the hardware business.”  Ray was so dedicated to his business and to the community in fact, he continued to work in the store into his 90s.  Ray’s son owned the store at this time, and how business was done for many people had changed.  It became a faster exchange.  Less time was spent with customers, but Ray kept to his way of doing business.  After Ray died in the late 1980s, Richard and Dan Neal of Grandmont petitioned the city to change the name of Midfield to Ray Monnier Drive in commemoration of one of the first and best business owners in Grandmont Rosedale.  At the renaming ceremony, Ray’s grandson was given a certificate denoting the new street name and was moved to tears by the community’s honor.  It seems we still name our streets after great men.