Signs of Spring at Stoepel Park 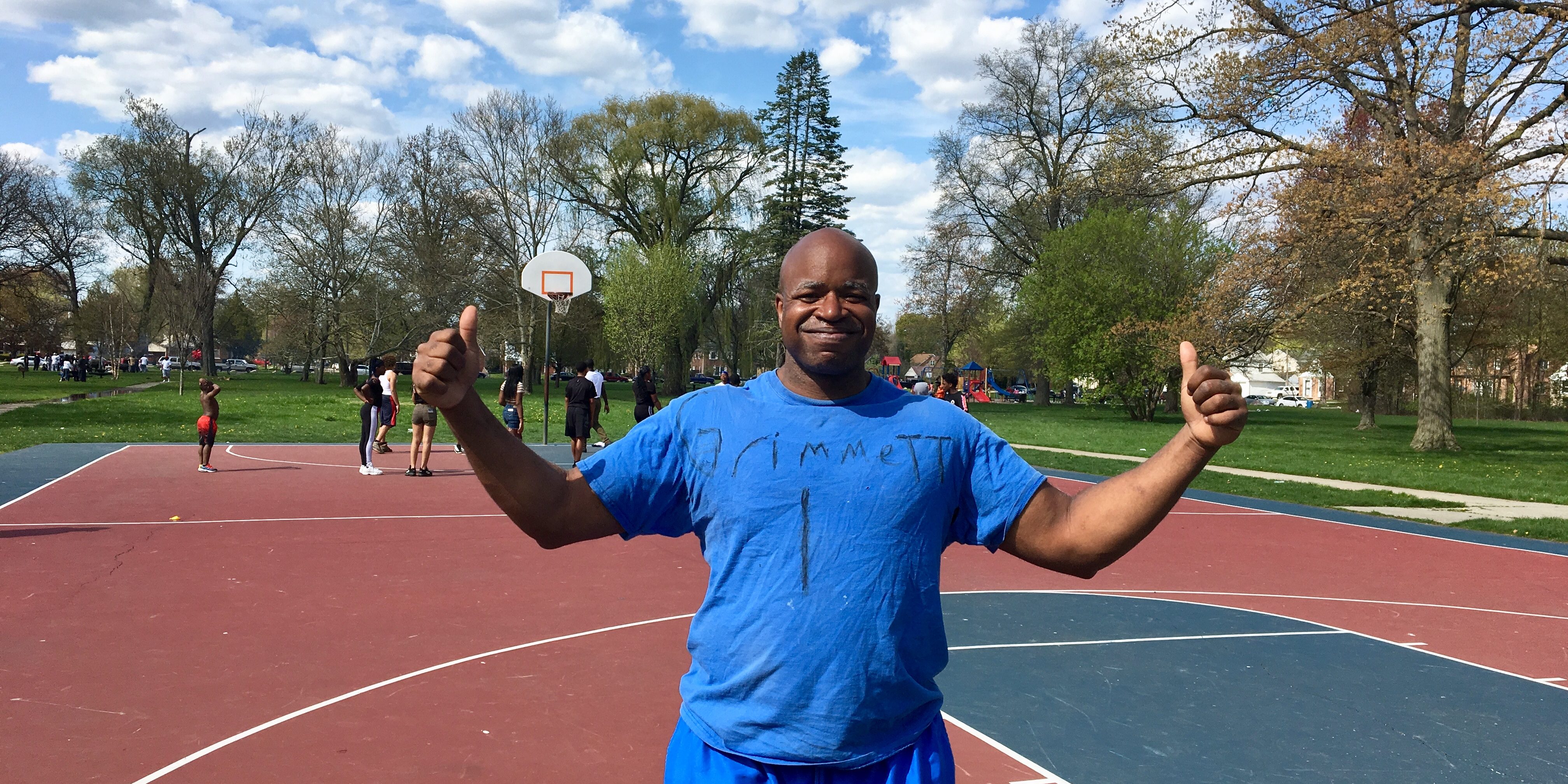 Some years it begins before the trees begin to leaf. On that wonderful, rare March day that’s warm enough to play basketball at Stoepel Park you will hear the unmistakable sound of a basketball on pavement and a shout or two from players who may be a little rusty since the last time they played basketball at Stoepel, probably the October before. According to Charles Grimmett, a regular at Stoepel Park basketball court, the pickup games start in March “if it’s warm enough, and they go until October when it gets too dark too early.” The games are pretty informal and usually involve a group of regular players Thursday through Mondays, with fewer players there midweek. Charles has been playing basketball at Stoepel since the late 1970s. Back then the court was closer to the baseball fields. Recent years brought a new court in a new location and the use of social media and texting or calling to see who was available to play ball. It still works to just show up though.

Growing up at Stoepel Park

Born and raised in Detroit, Charles has been involved in sports and Stoepel pretty much his entire life. His father started the Detroit PAL Broncos football team in 1978. Charles coaches flag football at a nearby church, a PAL baseball team at nearby Dossin field (the Rosedale Grandmont Little League also uses this field), and basketball at Adams Butzel Rec Center. If there are kids at the Stoepel court, Charles can’t help but offer some pointers, or see if he can’t fake them out of the ball. Some days so many people come to play ball that there’s a wait. Charles says he’s had to wait as long as five games before he got a chance to play. The games are usually 12 point games. When there are disagreements about who fouled who and how, Charles says “we shoot baskets to settle the dispute.” There have been some players at Stoepel who have gone on to play ball in college. Those players usually draw a crowd, to both watch and to see how their skills stack up. There is a young woman who also plays. “She’s 4’ 10”,” says Charles, “but she can shoot. She’s not a great defender though.”

Every once in a while a regular player will replace the nets. Another regular might run up to the store to get some water so they can all play a little longer. In 2013 the Rosedale Grandmont Little League and GRDC, with the support of the city of Detroit, Wayne County and several funders and community members, rehabbed the four baseball fields at Stoepel. Eight dugouts were built and artwork was installed on the exteriors. Several beautiful river birch were planted. A new walking track leads walkers and joggers around the park past a couple of newly planted rain gardens. The city resurfaced the tennis courts and the basketball court not too long ago. Stoepel’s got something for just about everyone. During the warmer months, this 29 acre park is a pretty busy place, but the first to arrive each spring are the regular basketball players, waiting for that chance March day when it’s warm enough to play some ball.