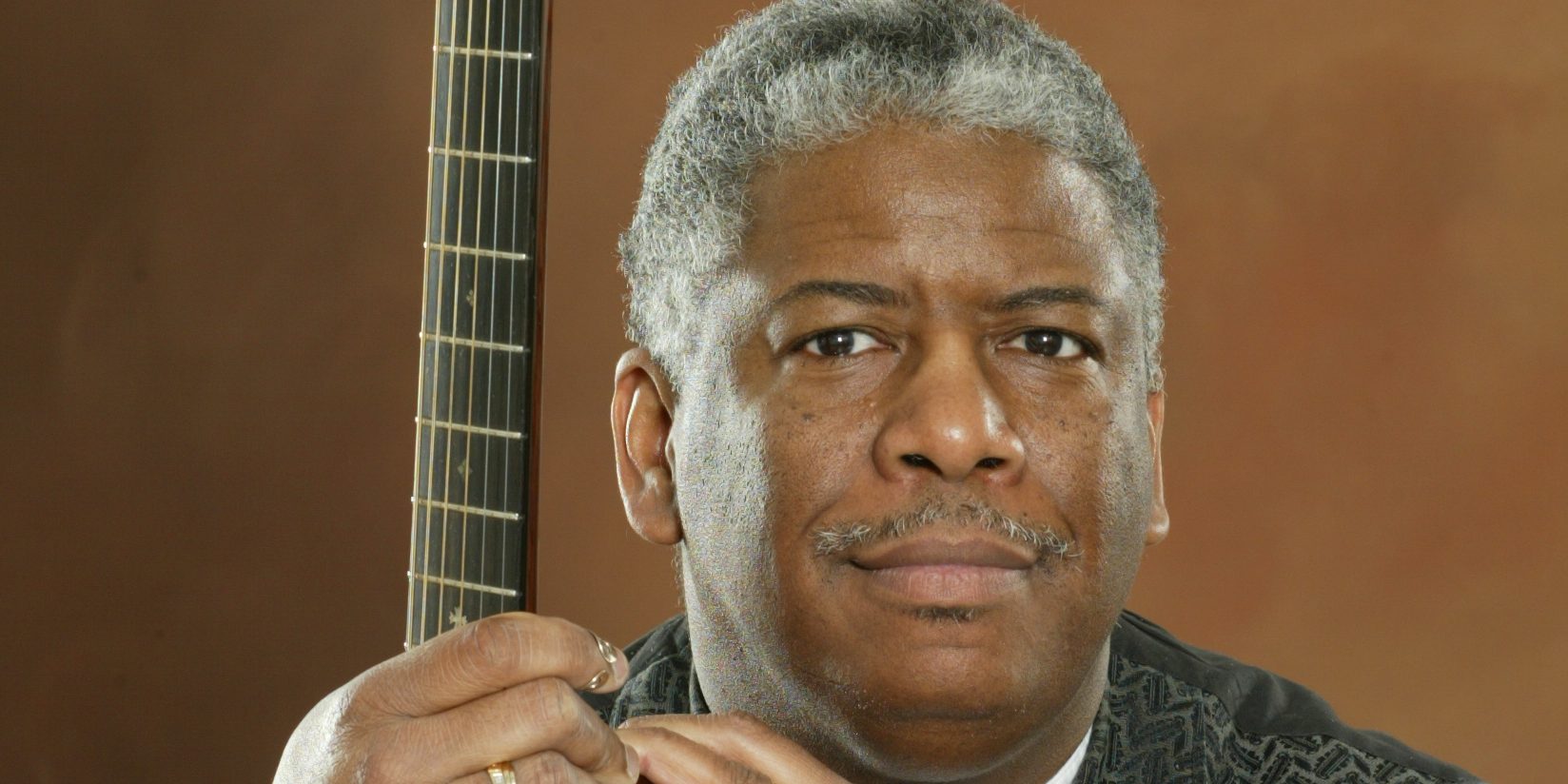 Grandmont Rosedale resident Robert Jones’ business card reads “Musician and Storyteller,” but, as he attests, it’s pretty hard to separate the two. Robert believes that storytelling is as important to music as music is to storytelling. His performances include large amounts of both, simultaneously. Robert seeks to teach and show people that knowing the stories of how, where, by whom, and under what circumstances songs were written lends a richness to the music a listener will not have had they not known the roots of the song. Furthermore, this understanding of the music will offer the listener a greater appreciation for today’s artists. If you listen, for instance, to Chance the Rapper or Jack White, you might hear gospel or early blues. As Robert says, “the three chords of the blues lead to rock and roll, and to R and B, country and western, blue grass, and rap. It’s all related,” he says. Robert shows the relationships between artists past and present on his guitar and with his singing and storytelling when he performs. And that is the purpose of his performances.

Music as History, the History of Music

Robert has taught American History as Told through Music at Wayne State University, and, for nearly two decades he hosted “Blues from the Lowlands” and then a radio show with a focus on spirituals called “Deep River” on WDET. On these programs he shared his extensive knowledge of American roots music and how that music has shaped many genres of music since. Right after Robert’s “Blues from the Lowlands,” folk singer and friend Matt Watroba hosted “Folks Like Us” which further revealed the relationships between all kinds of music. Robert and Matt continue the effort to educate all kinds of people about all kinds of music, and they often do it as a team. Robert and Matt have taken more than 200 metro Detroit school kids on a journey through American’s musical history at their schools, and have performed together at several shows at The Ark in Ann Arbor. They are also working on Common Chords, a non-profit effort to show kids and adults how, as Robert explains, “European and African instruments and singing styles fused to make American music.” They have also performed together for years at the annual Focus Hope dinner held at the North Rosedale Park Community House.

Underlying this interest in music is something even deeper, perhaps even more universal than music, and that is Robert’s belief that when people see the relationships between these different genres of music that originated in different parts of the world, they realize that “we have more in common than we have to fight about.” To illustrate this, Robert’s performances include Community Sings where 20-30 people gather in a circle and sing to each other “building a community through song.” Robert conducts workshops where he teaches attendees the tools of storytelling, inviting participants to share their stories about their families, experiences and then he helps them shape the stories into song. All this can be done without instruments. If you, as Robert says, “give people the tools for self-expression,” not only will people understand that all music is related, there is a “connection that happens with music, and everyone is changed by it. That’s the goal, and music is the medium.”

Making it Back Home to Grandmont Rosedale on the Weekends

All this performing takes Robert all over the U.S. as well as Canada. No matter how far or how often he travels, though, Robert makes sure to be home in Grandmont Rosedale most every weekend as he has been the pastor at Sweet Kingdom Missionary Baptist Church on the East side for 15 years. His family is here too and there’s no lack of music in his home. While Robert is quite skilled on the guitar, he considers his own singing to be no match for his wife’s or his daughter’s, or his son’s, or his daughter-in-law’s. “They all can sing,” he says, but check out the video clip below, and you might think that his family surely must be something special, for Robert’s no slouch.

Look for Common Chords, Robert and Matt’s developing effort to bring music to communities, and think about attending an event or two. If hear of Robert or Matt, or really anyone performing live, consider buying yourself a ticket. You’ll not only be supporting live music and musicians, you’ll also be participating in a transformative, community-building experience. As Robert says, “there’s nothing like hearing live music.” It’s not just about the music; it’s about the community that’s created when people listen, together.

To contact Robert Jones, or to find out what his latest project is, check out his website: www.revrobertjones.com or call at 313.683.2750.

Here he is at work: making music, making connections: