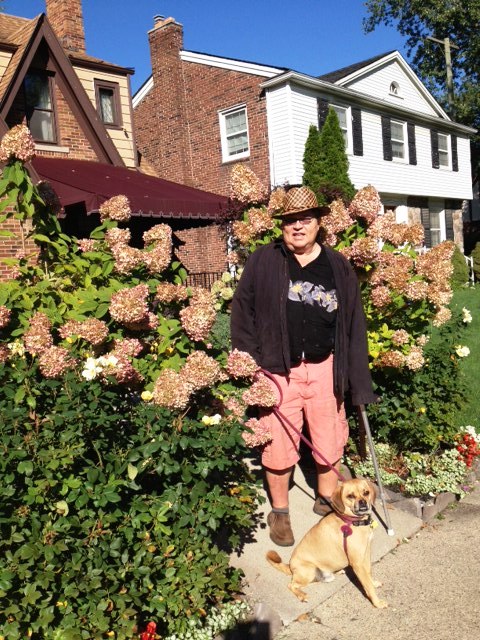 A beautiful garden is a gift to the people who see it – it is effort, sweat and time made manifest, transformed into something delightful to charm anyone who passes by.

That’s true for Mark Flanders’ garden on West Outer Drive. The 34-year resident of North Rosedale Park has spent the last three years transforming his yard into a soothing oasis along the busy road.

“To me, this garden symbolizes the rebirth of Detroit,” Mark says.

Visitors are greeted by rosebushes and tall, towering hydrangeas, which highlight the front yard of his lovely 1929 Tudor. The entire front garden gives the feel of an English country home.

The back yard, though, is the real showplace. Low-slung decks along the edge of the driveway slope down to a path made from the same boards; three umbrella’ed tables provide space for relaxing and entertaining. Mark says this is his favorite spot in the yard.

Unusual and beautiful plants line the margins of the back yard, such as a feathery-leafed swamp oak and a graceful twisted locust. More roses, coleus, black-eyed Susans, ornamental grasses and other lovely plants fill out the spots. With the garden shaded by several large trees, these add color and interest where many flowers won’t bloom.

Benches provide pleasant spots to rest, and lighting makes the garden enjoyable night or day. Fountains, fed by a hidden sump pump that whisks away standing water, leap to life at the touch of a remote. And an especially lovely spot is reserved as a graveyard for Mark’s dogs whom have passed away.

Maintaining this serene spot, Mark says, is a 10- to 15-hour a week job during the growing season. He spends a few minutes here and there deadheading flowers to extend their bloom times, often with his dog, Odin, a puggle, by his side, and longer stretches of work when he has the time.

“It’s addicting, and it gets me motivated to do more things,” he says.

Many features add to the garden’s charm. He has it illuminated at night with string lights and torches; vertical interest comes from colorful pots dotted along the garden path.

That path itself is a story; it once was slate, but Mark uses a cane to get around and needed something with a more regular surface. So his handyman, Mike Wilkins, laid a path of varnished wood and Mark reused the slate to make curving borders along his flower beds.

He’s also installed a wrought-iron fence that opens by remote; it adds a note of timelessness to the garden. In the backyard, he’s interspersed it with sheathing that hunters use for their blinds, which both increased his privacy and adds a natural feel.

Mark was one of the founding members of the Grandmont-Rosedale Beautification Task Force. Rather than just talk about beautification, he started in his own garden first by making his own corner of Outer Drive a beautiful place. He believes his hard work in the garden is translating to the greater neighborhood and can be a force for good in the city as a whole.

“I think investment in Detroit is worth it,” he says. “I want to inspire people to do nice things with their houses.” 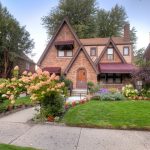 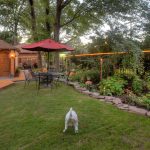 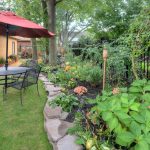 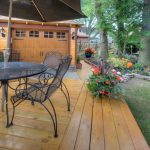 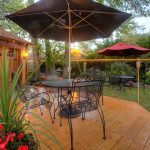 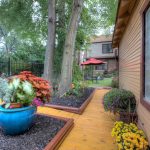 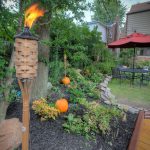 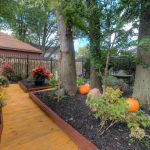 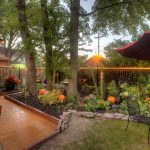