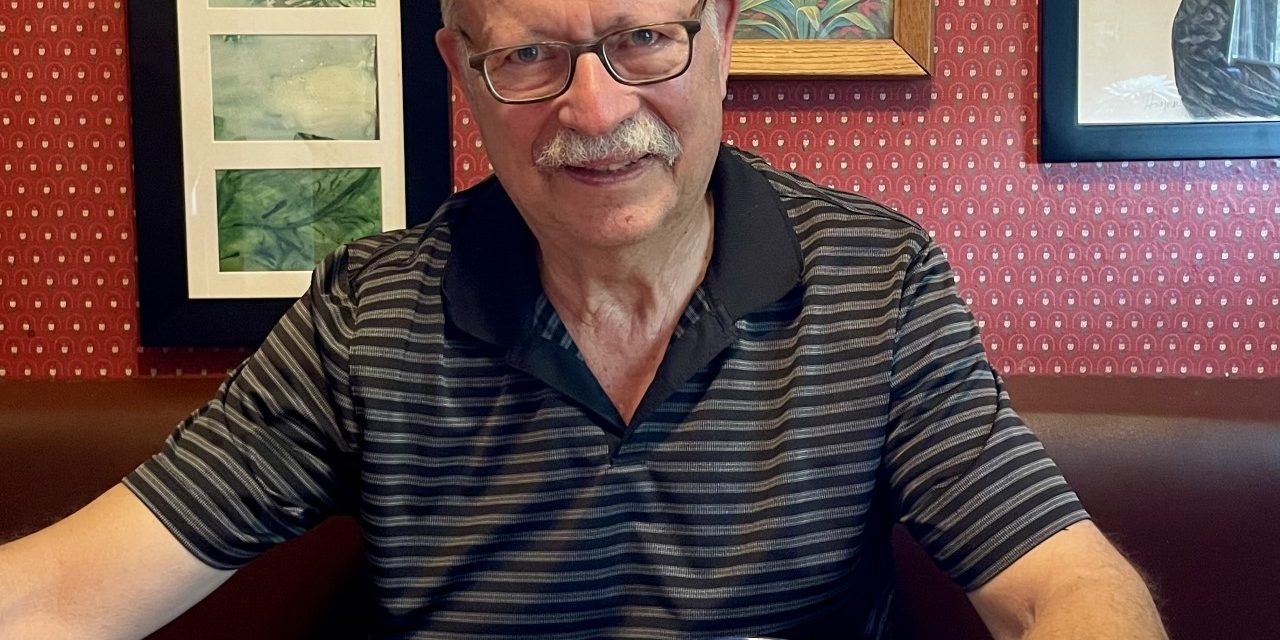 Whether he’s referring to his more recent woodworking projects or his early years as a building engineer in Detroit Public Schools, Phil’s aim has been the “practical use” of things – a custom made table, advocating to make healthcare affordable, or lending a hand at a neighborhood cleanup. The focus of Phil’s years on the Grandmont Rosedale Development Corporation (GRDC) board was no different. Phil’s decision to leave the board is for practical reasons as well. His Parkinson’s condition is worsening, his tremors growing more frequent and profound. “I’m disappointed my health won’t allow me to continue on the board,” says Phil. “I never minded getting my hands dirty for the Rosedale Park Improvement Association or GRDC. I’ve always worked toward building community.” There are several photos in the GRDC archives of Phil putting his hands to practical use: cleaning up the Southfield Service Drive, working in the garden at Fenkell and Grand River, pulling weeds at Grand River WorkPlace, and attending event after event in the community – doing the slow, steady, meaningful work of building community. GRDC and Grandmont Rosedale have been changed because of Phil’s lifelong belief that the strength of a community is measured by the willingness of its members put in the work to create community.

PHIL’S LONG HISTORY WITH THE GRDC BOARD

After Phil retired in 2010, GRDC board member Bill Frey asked Phil if he too would like to serve on the board. Phil accepted, but he “didn’t want an administrative position.” Phil served on the board during some big changes at GRDC, including changes in leadership at GRDC, the expansion of GRDC’s focus toward new development and diverse housing projects, and the increased attention on economic development. Phil has been an integral part of the many discussions and decisions that went into these projects, the good of the community ever in the foreground of his thinking. This focus on the greatest good for the greatest number didn’t start when Phil came to serve on the GRDC board, however. Phil has known about the power of community, no matter where that community is or who its members are, for years.

LEARNING ABOUT COMMUNITY IN MANY COMMUNITIES

Phil moved around quite a bit when he was young. His father was a pastor, assigned to several rural parishes around Michigan, up near Charlevoix, in Vicksburg outside of Kalamazoo, and in Jackson, including at the prison, but Phil was born in Lima, Peru while his father ministered there and his mother worked as a nurse. Phil attended two different high schools before graduating from Niles High School in southwest Michigan. Phil started in the sciences at Michigan State University, but his involvement in the peace movement pretty quickly lead him to the political science department. Phil met his wife of 50 years, Mindy LePere, in 1968 at the peace coffee house on campus during one of the most turbulent years of the civil rights movement, a time when the idea of community was both being rewritten and under threat.

During their last year of school, Phil and Mindy were both in a foreign study program. They visited Luxembourg, the Netherlands, Belgium, England, Scotland, and Spain. While it wasn’t on the official school itinerary, after Spain, Phil and Mindy headed to Morocco and then Algeria. While crossing the Sahara Desert, the vehicle Phil and Mindy rode in flipped, throwing Mindy through the windshield, severely injuring her hand. The surgeon at the local hospital was able to save one of the two fingers that were so badly injured. “Algeria had socialized medicine,” Phil recalls. “The care we got was excellent. The people were wonderful.” Once they were back in the US, Phil and Mindy stayed with Mindy’s parents while she recovered. Mindy needed more surgeries, and as Phil and Mindy “were broke college kids without health insurance,” Phil took the first job he could get: He caught the bus to shovel coal and ash at a Detroit high school.

Phil went from shoveling coal to operating engineer, steward, contract negotiator, chief elected official at the International Union of Operating Engineers Local 547, Vice-President of the International Union, and one of the founders of A Labor Management Purchasing Coalition, or AEPC, whose mission it is, in part, to “Improve and control the costs of health benefits for workers and their families under collective bargaining.” This innovative health care policy plan that Phil helped create reflects his determination to do the hard work of creating something that benefits a community. The AEPC now has a quarter of a million members. That’s a lot of hard work and determination. To note: Phil’s work founding AEPC went unpaid.

When Phil and Mindy were expecting their first child, they knew they wanted to buy a house. Phil didn’t want to move around as much as he did when he was a kid, so choosing where to live was extremely important. They had been living closer to downtown Detroit, and knew that they wanted to stay in the city. “We looked for a stable area to raise a family, somewhere where we could stay a long time.” At the time, Mindy was climbing poles (yes, pregnant), installing phones (one of the first women to have that job). She saw that there was a babysitting cooperative in Rosedale Park, and a cooperative pre-school nearby. A good deal of community building was already in place. When they moved in in 1978, many of their new neighbors introduced themselves, “and that sealed the deal,” says Phil. When they had their second daughter the house seemed too small, but rather than move, Phil finished the basement, and “took a sledgehammer to the kitchen” one weekend while Mindy and the girls went camping.

Phil has been block club captain, helped make sure the block party happened every year, and he has coached softball with Rosedale Grandmont Baseball. One of his favorite GRDC projects was the renovation of the Stoepel Park baseball fields. The fields went from unfenced, overgrown, littered fields with little more than 2 x 4s for dugouts, to irrigated, regulation fenced, tended fields with eight dugout shelters that each have a different community-inspired Hubert Massey mosaic on the exterior. Phil is also proud of GRDC’s more recent focus on working to keep people in their homes. GRDC is a HOPE program hub. Free one-on-one assistance is offered to anyone seeking help completing the Property Tax Exemption application. This kind of grassroots effort, or “gutsiness initiative” as Phil calls it, is the kind of work that helps keep people in their homes, neighborhoods stable, and offers residents the opportunity to do the important work of building community. Phil has always known that “building community is not easy.” It’s often dirty and not everyone agrees on what building community looks like, but “we work together in spite of our differences. That’s the most rewarding part of doing anything.”

The GRDC board will miss Phil’s particular perspective and drive, but Phil is not worried that the board will be less without him. Communities have leaders, sure, but leaders do not last forever. As Phil sees it, the focus should be on the keeping the community going. Phil has had a long, productive pull at that wheel of community, and Grandmont Rosedale is better for it.