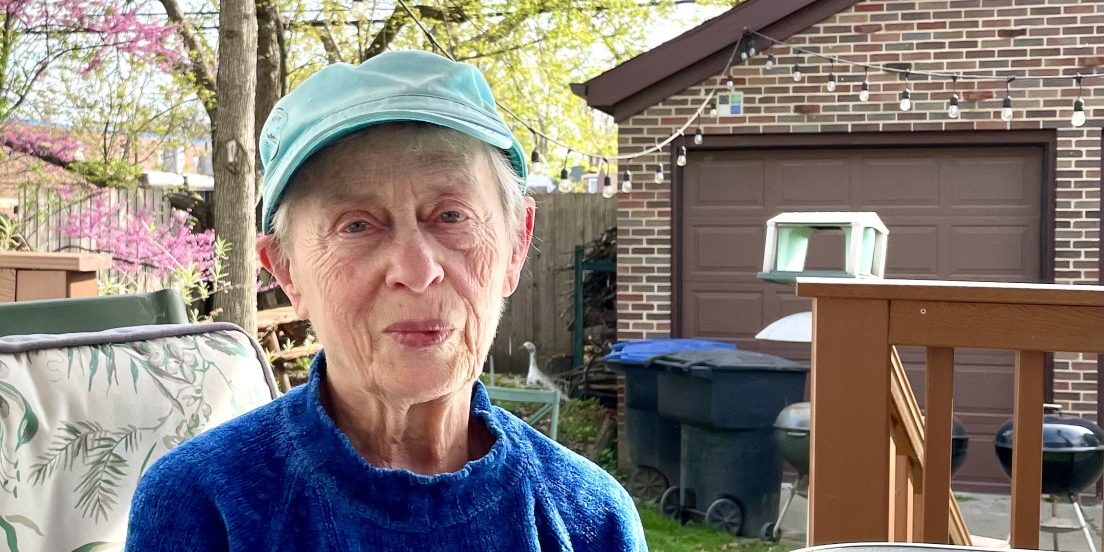 Music has been an important, even sustaining part of Patricia Pilafian’s life for nearly as long as she can remember. Patricia moved to Detroit with her first husband who worked for a company that sold garbage disposals. Business was tough. Early on, while Patricia was pregnant with her third child, they all lived in an apartment that was attached to a motel. “The night stand was an orange crate,” Patricia remembers. Soon after the baby was born, the garbage disposal business took the family to Kentucky for a year, then back to Detroit, and then the business went under. Patricia’s husband left, leaving Patricia with three kids and very little money. Patricia took her wedding ring to a pawnshop. Soon thereafter, thankfully, her former in-laws stepped in to help. A neighbor who often dropped off produce for the family offered to take the kids to church. “When they went a second time, I went too,” says Patricia. She noticed the choir behind the pastor. It was the music that kept her coming back.

Patricia had a few years of piano lessons when she was a kid. She brushed up on what she knew and soon became an accompanist for the choir. Then Patricia took up classical guitar. She offered lessons to the people who went to church with her. “We learned together,” Patricia says, “Chords, folk songs, and onto more complicated pieces.” Patricia also started singing in the choir and eventually  became co-director of the choir. A parishioner, Suren Pilafian, played classical guitar and cello, and enjoyed Patricia’s playing and singing. He told her as much several times, repeatedly asking her out for a date. “I kept turning him down, Patricia remembers, “then one day he asked me and I said yes.”

Suren Pilafian had come to Detroit as a result of winning an architectural design competition. His project was to create a master plan for Wayne State University’s campus. He oversaw the construction of the Purdy Kresge Library, the Community Arts Building, and others. Before coming to Detroit, Suren had studied at the Pratt Institute at Columbia University, the Beaux Arts Institute of Design and New York University, all of which are in New York City. Years before, Suren had fled his hometown of Izmir, Turkey with his family during the Armenian genocide of the 1920s.

Established in the late 1950s, Suren’s architectural firm took on a major renovation of the Detroit Institute of Art, the design of the International Institute in Detroit, and the design of the Northwest Unitarian Universalist Church in Southfield. Suren’s firm also designed St. John’s Armenian Church in Southfield, that golden-domed church right in the pocket where the Lodge splits off the Southfield Freeway. By 1970, Suren closed his practice and became head designer at Albert Kahn Associates. Suren and his wife wanted to buy a home, but as Suren was busy with work and a his wife was very ill, Suren’s son Peter looked for a home for his parents. Peter found three he thought his parents might like. One had a pool, one was further out in a suburb, and one was in Grandmont Rosedale. Suren chose the Grandmont Rosedale home, where eventually Patricia would come to live. “He liked the architectural detail of the house,” Patricia says. “It reminded him of his drawings.”

When she moved to Grandmont Rosedale, Patricia thought, “This neighborhood needs a piano teacher.” She started teaching at the North Rosedale Park Community House and then began teaching in her home. At her peak she had 60 students. She also taught adult education guitar classes at Fordson High School in the evenings. Patricia and Suren continued to be involved in their church, and would sometimes play together at church, such as Saint Saens’ The Swan with Suren on cello and Patricia on guitar. “Anytime anyone asked him to play, he would, even when he was losing his eyesight to diabetes,” Patricia says. “He would practice all week and play so soulfully, so freely.”

Patricia and Suren were together for 10 years and married a little more than eight months before Suren died. Patricia continues to play guitar, although lately she has noticed that the twisting to the left that classical guitar requires is hard on her body. As music has been the solution to dilemmas in the past, Patricia recently took up the flute, which requires a twist to the right, “to counterbalance my spine.” Patricia walks quite a bit, is a regular listener to classical music, and enjoys where she lives. “This is the best neighborhood I’ve ever lived in,” she says. It has become much more than a place with beautiful homes. “I went for a salad to Omega Coney Island one Saturday night, and there was a father there with his son. The father was taking such care when he was speaking to his son. He was really teaching him. I was very impressed by that.” Grandmont Rosedale is a community filled with beautiful homes, neighbors committed to their families, and residents who have stories to tell.