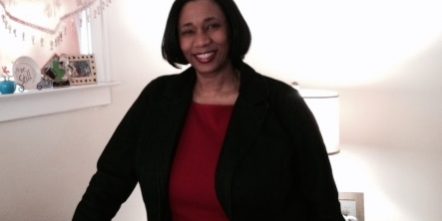 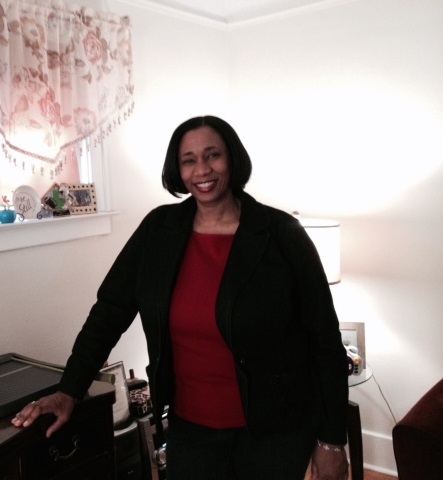 Rosedale Park resident Stephanie Young has been appointed by Mayor Mike Duggan to the position of District Manager for Council District 1.   The District Managers are part of a newly-created Department of Neighborhoods and serve as the City’s community liaison in each of the seven council districts.

Stephanie is no stranger to city government having previously served as the manager of the Far Northwest Neighborhood City Hall on Grand River. The Department of Neighborhoods contacted Stephanie looking for someone who was involved with the community who could partner with community groups to work on blight reduction.  Stephanie called the department back and told them “’I do have a name of someone who is interested in this position:  Stephanie Young!’”  Stephanie knew she’d be perfect for the job.  “I really enjoy being in the community more than being behind a desk.  I’ve been to several community meetings and I tell these groups, ‘You are not alone.  We’re here to partner with you.’  Our goal is to identify and resolve 125 blighted properties in each district.  It’s ambitious, but it’s also exciting.”

Stephanie bought her Rosedale Park home in 2009 from the Grandmont Rosedale Development Corporation (GRDC).  As Neighborhood City Hall manager, several neighborhood newsletters regularly came across her desk.  Stephanie looked at all of them, keeping up to date on events in Grandmont Rosedale.  In one such publication, Stephanie saw a notice about homes for sale through GRDC.  She hesitated, but just briefly.  “I didn’t think I would qualify because I was not low-income, but I am a woman of faith and something told me to call GRDC anyway.”

Stephanie looked at a home that was built in 1939 that had had just one owner.  The previous owner had raised her family in the home and had willed her house to GRDC.  Although many of GRDC’s home sales are restricted to low-income buyers, this one was not.  Stephanie was sold on the house immediately.  The former owner “was a real philanthropist.  The house has a great spirit.  I walked in and said ‘I love it!  Where do I sign?’”  Stephanie credits GRDC with making the home buying process both efficient and pleasant.  “The process was really quick!” GRDC arranged to have the floors redone, the rooms painted, and basement glass block windows and security doors installed.  Stephanie knew she had made a great purchase, both because of how comfortable she felt in her new home, and how responsive GRDC was to her requests.  “When I moved in I noticed that the kitchen window didn’t lock property, so I called Tom Goddeeris and he came over right away and had it fixed.”

Stephanie has also been very active in the local community since moving here.  She currently serves as one of the co-chairs of the Special Assessment District initiative, spearheaded by GRDC.  GRDC has been working for three years to get a Special Assessment District ordinance passed through city council.  “When we have a SAD, everyone benefits.  Things like snow removal and security could be part of our taxes.  It helps everyone.  It’s about community!”  Stephanie’s enthusiasm is contagious and inspiring.  With people like Stephanie Young managing, and with the community pitching in, it really does seem like all things are possible.