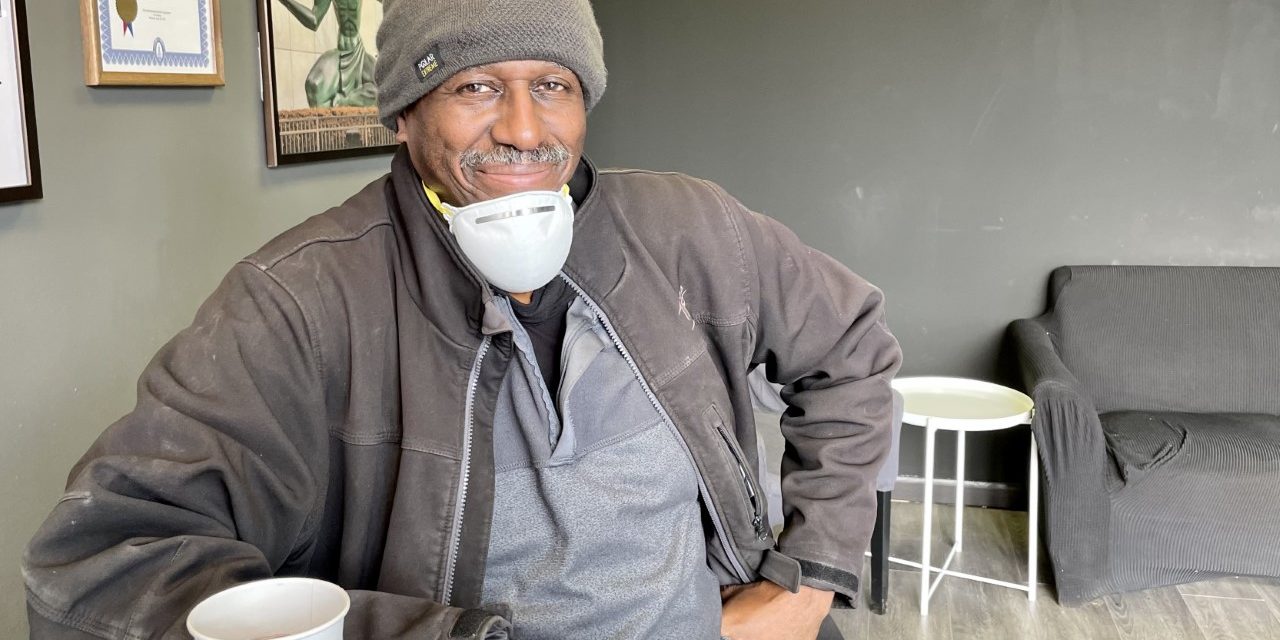 Grandmont Rosedale resident Mike Payne has been a jazz fan since he was a kid. Listening to his mother’s jazz albums inspired him to spend his savings on his first guitar at 15. Long before learning on YouTube was possible, Mike listened to those albums over and over, and got himself a couple of books. Determined to be his own teacher, Mike didn’t know a thing about the truss rod on his guitar, the rod that runs the length of the neck of the guitar which the player can adjust, raising or lowering the strings. Not knowing, “made my hands really strong,” says Mike as he had to press really hard to get the strings to touch the neck. Mike also headed to the clubs to watch others play. One very snowy night at Baker’s Keyboard Lounge, the Horace Silver Trio was on stage. There weren’t a lot of people there on account of the weather, so Mike took a chance. “Can I talk to you?” he asked Mr. Silver, “I’m trying to be a musician.” Mr. Silver sat Mike down at the piano and gave Mike what would be his first lesson in the melodic minor scale. “I want to play just like you,” Mike told Mr. Silver. “Don’t,” Mr. Silver told Mike. “Find your own sound. Find out who you are.” It has been more than a couple of years since that snowy night at Baker’s, but Mike still hears that lesson from Mr. Silver when he plays. “I’ve had no formal lessons,” Mikes says. “I play with people who are really good and that inspires me, that brings out my best.”

PLAYING WITH THE BEST

Mike rounded up some terrific musicians and formed Mike Payne’s Elemental Jazz, a jazz group that plays weddings, parties, holiday occasions – basically wherever and whenever people want to hear great, live jazz. The group is versatile though. They don’t shy away from other genres like rock and roll, even a little country. They were playing not long ago when they were asked to play a few songs in honor of John Lennon’s birthday. No problem. Mike’s group of musicians is fairly large and not all of them play all the gigs, but Mike is proud of the talent in the group. His pool of musicians includes three keyboard players, an alto and tenor sax, a violinist, several drummers, and a trumpet. As for himself, Mike too is versatile, which comes from his love of music, all kinds of music: “I listen to everything – Steely Dan, Miles Davis. I don’t close my ears to anything. Listening is learning. Whatever they ask for I can play.” Mike sings as well. He and his band play gigs two or three times a month from Detroit to Chicago. A recent memorable evening was playing a casino in Detroit on New Year’s Eve. “It took be back a minute how much they enjoyed the show.”

In spite of or perhaps because of his own early days of learning guitar on his own, Mike teaches basic guitar. He currently has about 14 students. He shares what he learned on his own all those years ago. He most certainly tells his students about the truss rod, and he encourages them to be versatile, to be open to wherever music leads them and to always be ready to listen. Mike’s versatility has also earned him a living as a sales manager at Sears, at Northwest airlines, and, most recently, in home repair. Mike knows plumbing, electrical, heating and cooling – all of it self-taught. He studied up and took the HVAC certification exam and passed. Many homeowners in Grandmont Rosedale have called Mike looking for some home repair, and he’s even treated a couple of lucky ones to a brief jazz concert, post home repair.

A MEMBER OF THE GRANDMONT RADIO PATROL

Mike is a member of the Grandmont Radio Patrol, “the fourth oldest radio patrol in the city of Detroit – founded in 1967,” Mike says. Muhsin, or Coach, Muhammad welcomed Mike to get involved in the patrol. “Coach will get you involved,” Mike says. “He’s my inspiration. He helps people; he’s a good man.” Mike keeps a daily eye out when he walks his dog each morning. Having a safe, close-knit community is akin to having a band that works well together. Everyone knows that everyone’s well-being is important.

Although the gigs, teaching, home repair, and volunteering in his community keep him busy, Mike will always have time for music. Recently Mike bought “the guitar I’ve wanted my whole life”: a Heritage Guitar. This time he’s taking his time to get to know it and can’t wait to see just what it can do. You can check out Mike Payne’s Elemental jazz band here:

If you are interested in having live music at your next party or event, contact Mike at Mikepliquid8s@gmail.com or 313.815.6287.