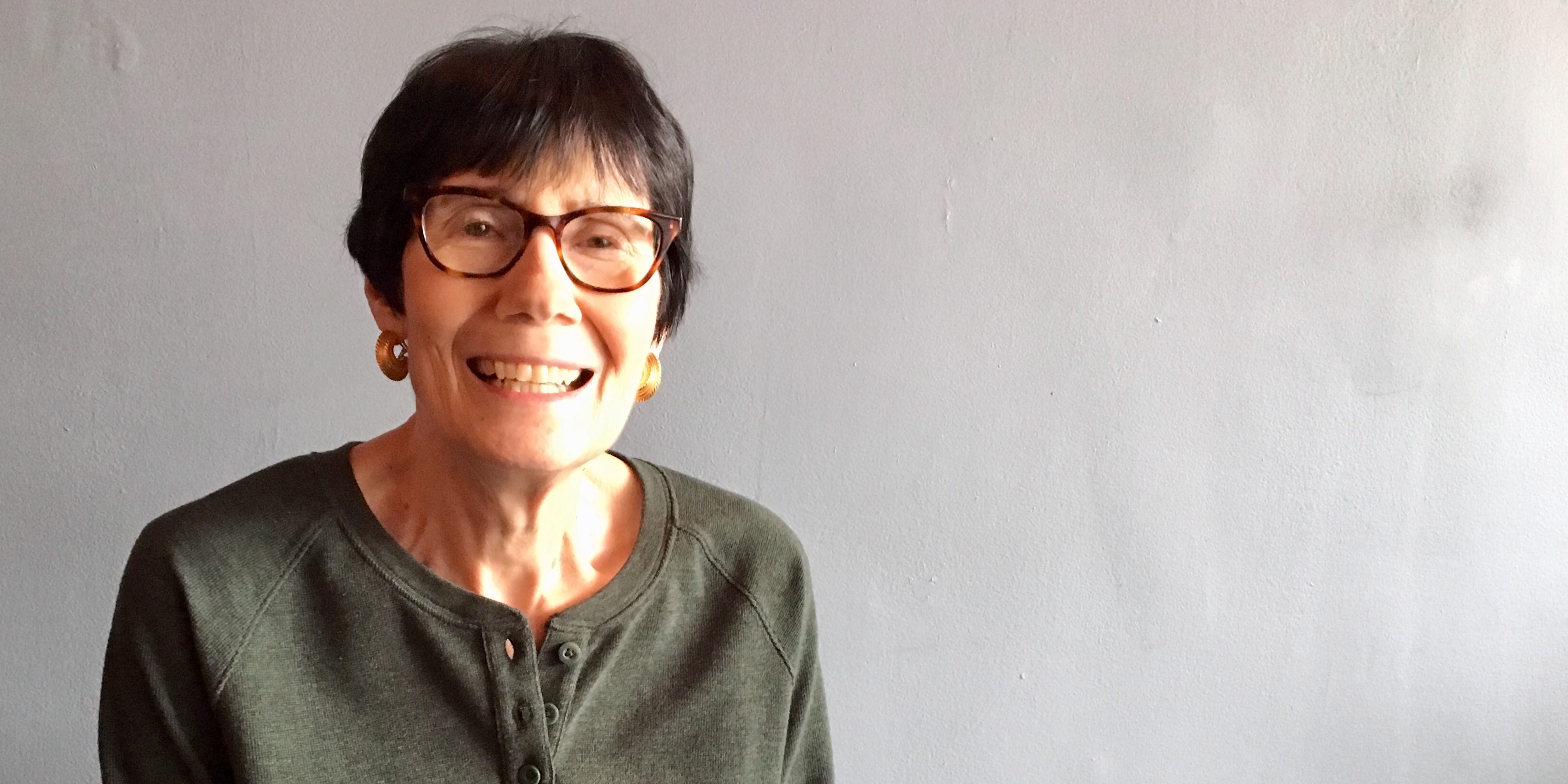 Since 2007, Marsha Bruhn has gathered monthly with GRDC board members to strategize ways to make Grandmont Rosedale stable, safe, and sustainable. Marsha served on the board because she “considered GRDC such an asset to the neighborhoods and to the neighbors.” Marsha has been one of those neighbors since 1975 when she and her then husband rented a home on Bretton. One of Marsha’s main projects over the years has been chairing the Grandmont Rosedale Open House Committee that has been held most springs in May ever since she joined the board (this year’s Grandmont Rosedale Open House will be on Sunday, May 5). Marsha’s enthusiasm is not just academic; she found her current home through an Open House in 1986.

Marsha’s 22 years as the Director of City Planning Commission kept her from much volunteer work when she was working. When she decided to retire though, she took friends’ advice and made a list of things she’d like to do once she retired. She had knee replacement and foot surgery, she created a photo album for each of her four children, she did a lot of reading, and then she bought and began rehabbing three vacant homes on her block. Within a year of her retirement, Marsha had become a sort of mini-GRDC doing what she could “to stabilize my block.” Marsha obviously loves to be busy and enjoyed the work: “I loved the work especially because much of the work was done by construction companies owned by people who lived in Grandmont Rosedale.” The homes were all staged and sold at the Grandmont Rosedale Open House.

JOINING THE GRDC BOARD

As her “What to Do When I Retire” list was mostly done within a year, Marsha next joined the GRDC board. Marsha also served for several years on the North Rosedale Park Civic Association Board in a variety of positions. In 2012, Marsha spearheaded the Legacy Project that is focused on upgrading the North Rosedale Community House and grounds. During Marsha’s years working with Detroit City Council, she worked with several community organizations, helping them strengthen their grant proposals and so had a pretty good idea how to write a strong proposal herself when she began applying for grants to fund the updates to the Community House. In all, Marsha successfully applied for 13 grants, all used to improve the Community House and grounds.

Marsha’s interest in community engagement and her pretty astonishing energy level have both been lifelong. Raised in Buffalo, New York, Marsha earned her Bachelors in Sociology from Denison University. Marsha’s family moved around a great deal, following her husband to several different universities where he worked as a professor, dean, and department head. While living in New York City, Marsha volunteered with the non-profit State Island Citizens Planning Commission working on advocacy for development and planning projects in her community. When she lived in Virginia, Marsha started earning a Master’s degree in Urban and Regional Planning at Virginia Tech. Her degree was interrupted when her husband took a job in California. While living near Los Angeles and working in the Covina Planning Department, Marsha “hit a wall.” She discovered that community engagement and city planning were very important to her. Something that she wanted to pursue seriously. Marsha decided that she would finish her degree. She and her husband still owned their home in Virginia, but had rented it out to students. Marsha knew there was a storage room in the basement of the house, and so she asked the students if she could live in the storage room while she finished her degree. “I’ll pay rent,” she told them. She found a nanny for the kids, and headed to Virginia with a card table, typewriter, and a single bed. Marsha finished her degree, reunited with her family, and they all headed to Detroit to again following her husband’s new job at UM Dearborn. This time Marsha landed her own job with the city of Detroit. Friends of theirs suggested they look in Grandmont Rosedale for a home.

Marsha remembers falling in love with “the architecture of the homes and the tree-lined streets.” Soon Marsha discovered that Grandmont Rosedale is a beautiful community not just because of the houses, but because so many of its residents are “invested in their neighborhood. They give their time and energy.” Once she retired, Marsha became quite involved but joining not just one but two boards that work to maintain the stability of the neighborhoods.

As GRDC has contributed to the stability of the housing in Grandmont Rosedale since its beginning in 1989, more recently it has been able to focus on creating a stable business community, and Marsha has been a vital part of that process. “GRDC’s focus on commercial development is a real positive move. The organization has evolved thanks to strong leadership and a committed staff,” Marsha says. “GRDC has really succeeded in developing, maintaining, and expanding the identity of Grandmont Rosedale.” Much of this work has been done with the contributions and guidance of such dedicated board members as Marsha.

Last spring Marsh’s energy level begin to wane, which for Marsha, is a reason to be concerned, and she was concerned – briefly. It was only when chest pain woke her up in the middle of the night, however, that Marsha thought she should cut back on her many activities. The diagnosis was congestive heart failure, but with diet, exercise, and some medication Marsha is feeling much better. Her energy is back, but much of her effort now goes into trying not to do too much. She won’t go from meeting to meeting in the same day, and she will no longer stay up late to finish reports.

This past Thanksgiving, three of Marsha’s four kid came in town to visit. Of course, Marsha showed them the addition to the Community House and the new plaza with the Charles McGee sculpture that she was instrumental in acquiring. The upgrades and addition to the Community House and grounds ensure the future of this neighborhood centerpiece. Families for generations to come will attend events there and their kids will swing on the swings. Like many community activists, Marsha will never know exactly who will enjoy the benefits of her hard work. It is certain, though, that because of her hard work and the hard work of so many others, Grandmont Rosedale will be a stable, wonderful community for present and future Grandmont Rosedale families.