Look for Improvements to the Tennis Courts at Stoepel Park! 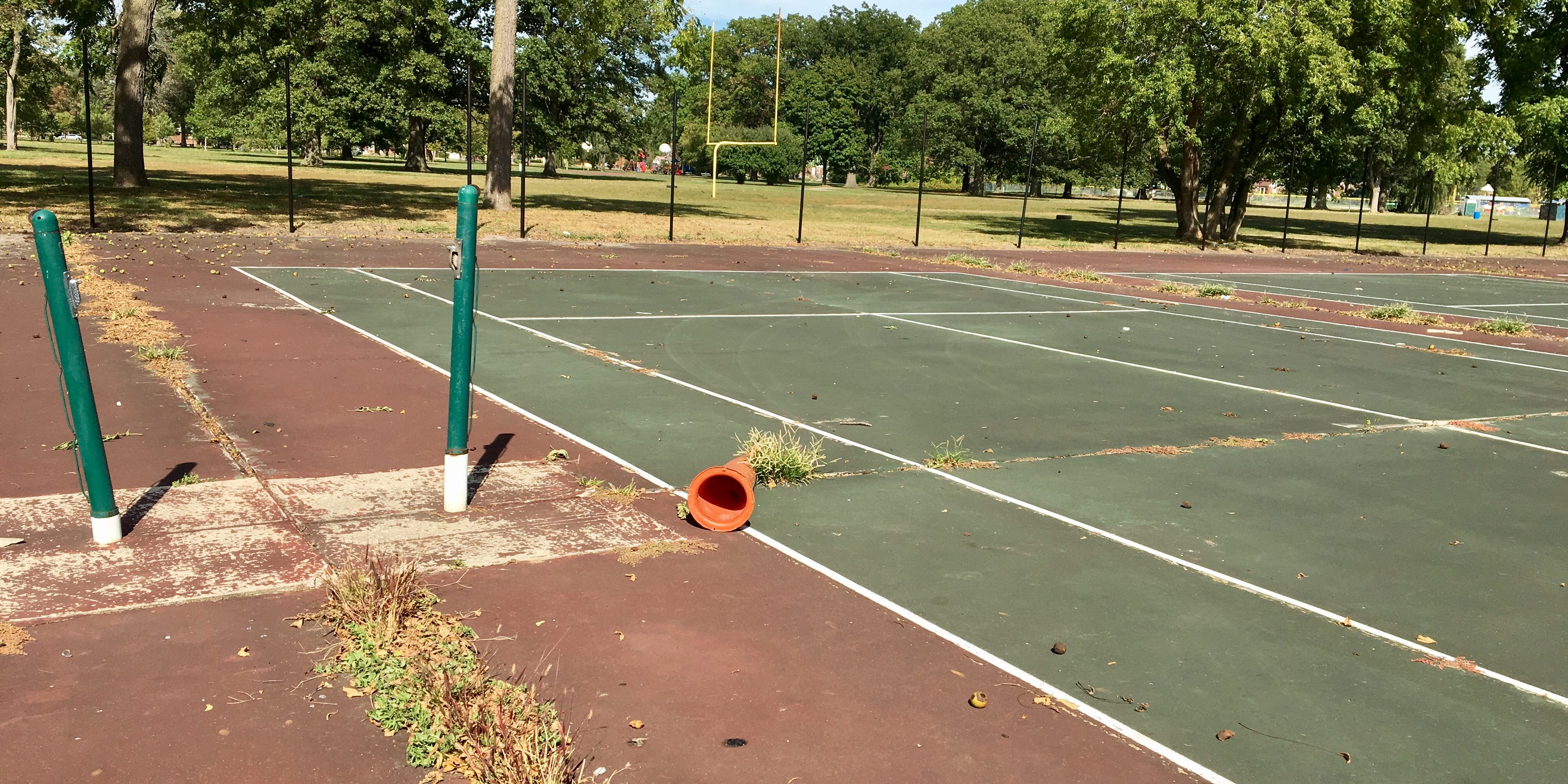 Soon after Chelsea Neblett, GRDC’s Program Manager and John DeRuiter, an Associate Landscape Architect from Detroit’s General Services Department stepped on to the tennis courts at Stoepel Park this past September, former Grandmont Rosedale resident Dennis Parker joined them asking if they were planning on renovating the courts. When he was told yes, Dennis didn’t hesitate, “Need me to do anything?” Dennis knows the courts well and has been keeping them as weed free as he can for years. Back in the 1980s Dennis and especially his brother Ronnie played on the courts quite a bit. In fact, the cover article of the Rosedale Park News from June of 2010 is a story written by Bonnie Mead about Dennis and Ronnie and their efforts to keep the courts in shape. Over time though, the project simply got too big for Dennis and his brother. Without regular maintenance, the courts succumbed to the weather and aggressive weeds, and fewer people used the courts. While Dennis continued to do what he could for years, maintaining the courts was too big a job for one person. It’s no surprise that Dennis is very excited about the city’s Landscape Design department stepping in to renovate the courts.

This intervention did not happen by chance though. GRDC’s Chelsea Neblett contacted the city Landscape Design department as a representative not just of GRDC, but as an advocate for Grandmont Rosedale residents who had told Chelsea their concerns about the condition and safety of the courts as well as the playgrounds. Several years ago GRDC and the Rosedale Grandmont Little League renovated the four baseball fields, transforming some pretty rough baseball fields into tournament ready diamonds (with some amazing public art on all eight dugouts). The tennis courts were not part of this renovation although they are very much a potentially terrific feature of Stoepel Park.

Dennis Parker remembers when the courts were used heavily many years ago not just by his brother and himself, but by many others, and especially by Redford High School Tennis Team who held meets there. Today, in spite of the state of the courts, there remains an interest in playing tennis at Stoepel among several Grandmont Rosedale residents. Resident Razi Jafra held an all ages tennis workshop a couple of years ago at Stoepel. After having struggled with the poor conditions of the courts, Razi is really looking forward to the renovations. “It will certainly inspire a renewed sense of motivation for me to think of ways to activate the courts for kids and adults again,” he says. “I’m really looking forward to seeing the courts fill up again with new and experienced players.”

According to Chelsea, several residents have been asking about the courts and the playgrounds “for a while now.” Residents have been asking and this fall, the city is responding with plans to completely renovate 5 of the courts, using the premium composite tile system, with minor repairs to the remaining courts. This year the city will also replace the fencing and nets. Next year the city will power wash, reseal, and paint the remaining courts according to United States Tennis Association standard colors.

The two playgrounds at Stoepel will also be improved. The grass that the play equipment sits on at the playground nearest the baseball fields will be replaced with mulch, and the worn rubber surface of the other playground will also be replaced with mulch. The broken portions of the playground equipment will be replaced. This comes as great news to dad Michael who spends a great deal of time at the Stoepel Park playground with his two little ones, Messiah and Maxine. Like Dennis, Michael is looking forward to the improvements. “I’m up here all the time with my kids,” Michael says. “It’s a good place to wear them out!”

STOEPEL PARK GETS BETTER AND BETTER

Stoepel Park is a big, beautiful park that has come a long way in recent years. Along with the renovated baseball fields, new trees have been planted, a walking path winds around the park, a bio-retention pond has been planted just off Westwood with the support of the Detroit Water and Sewerage Department and Tetra Tech, there have been parking lot improvements, and soon, hopefully by spring of 2018, the people who enjoy Stoepel’s fields, basketball court, or those who like to come there to picnic, might start bringing their tennis rackets to play a game on the newly renovated courts. GRDC has facilitated many of these improvements, and thus GRDC is often the first phone call Grandmont Rosedale residents make when they see attention needs to be paid to Stoepel. GRDC has responded to the residents and the city has responded to GRDC’s encouragement to renovate the tennis courts. In fact, the city’s goal is to get the courts tournament-ready.

If you thought Stoepel was busy on Saturdays in the spring when there are four baseball games, a basketball game, and people enjoying the walking path all at the same time, just wait. This spring you’ll hear the swoosh and bounce of tennis being played at Stoepel. Spring really is the season for new beginnings. 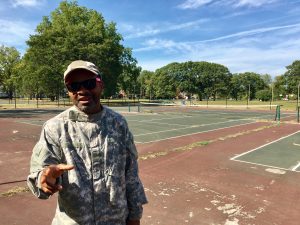 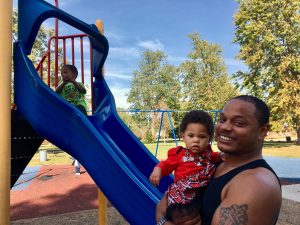