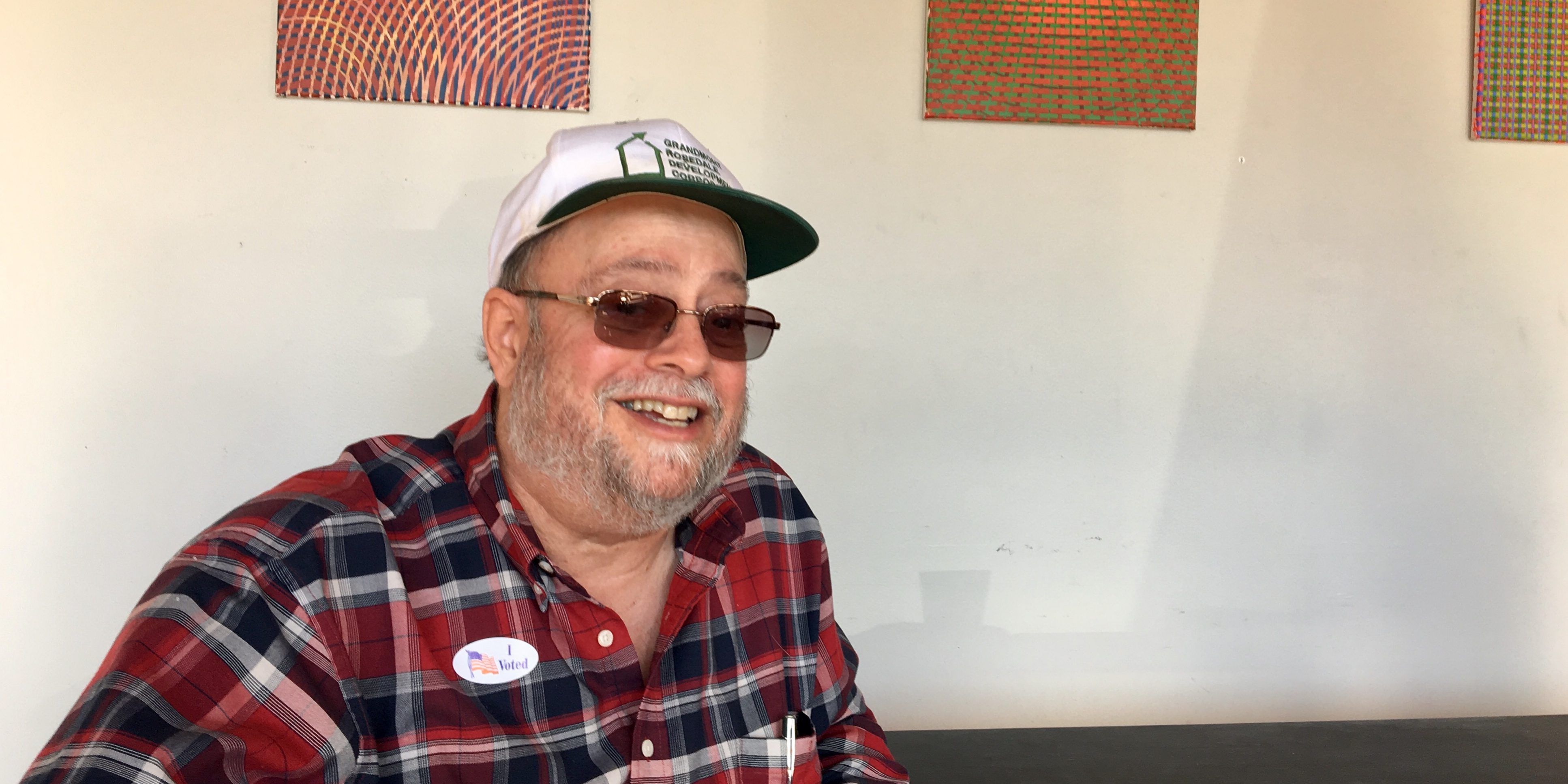 Richard Berlin, a founding member of GRDC, is stepping down after decades of service to the Grandmont Rosedale communities. Richard began his community activism in Grandmont Rosedale when he moved in to Grandmont in 1975. Richard’s first involvement in the neighborhood was as a block captain. Over the years Richard served on the Grandmont Community Association board in a variety of positions. Richard also started the Grand Green Business Association in 1978, a precursor to GRDC’s beginning in 1989.

As a long time GRDC board member, Richard will be missed, and it’s clear that he too will miss serving on the board: “Serving on the GRDC board has been the privilege of my life. I’ve never worked with more dedicated, selfless people, both the board members and the staff of GRDC.” Richard sees the rehabbing of homes and commercial properties as one of GRDC’s greatest accomplishments. “But there’s the Farmers’ Market too and the Community Safety initiatives. GRDC has changed direction as needs change.” And Richard has been a part of those initiatives and changes from the beginning.

Richard was recently elected to chair the Village Resident Council at his new home in Dearborn. It is Richard’s ethic to serve his community, wherever that community is. Thanks for your service, Richard. Grandmont Rosedale is a better place because of your years of hard work and dedication.