Leaving a Legacy in Grandmont 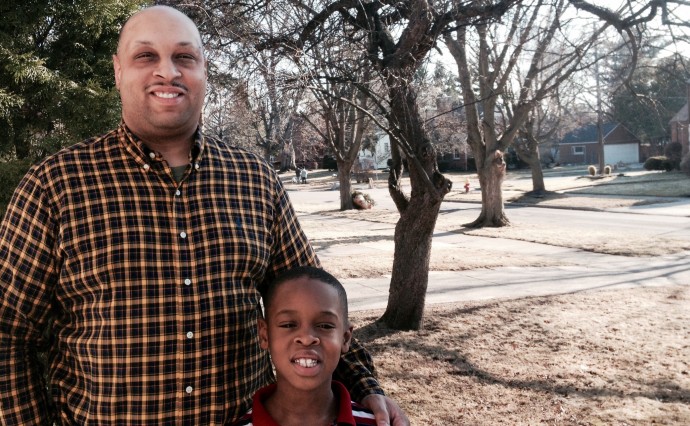 Grandmont resident Kevin Johnson is a busy man.  As the Grandmont historian, Kevin stores and keeps track of his neighborhood’s newsletters, The Grandmonitor.  Kevin doesn’t just store them though, he reads them.  He reads them because he believes that “history is important.  It’s important to leave a legacy, and that’s what I find in the issues dating back to the 1970s.”  Photos too will eventually become part of the archive, but for now, Kevin is satisfied reading about past residents leaving their mark, and leaving a mark of his own.

Kevin and his wife Sonja moved to Grandmont in 2007, just about the time their son Grant was born.  Even though he was new to the neighborhood, Kevin was eager to become involved.  “I knew that I wanted to do something in the community when I moved here, I just didn’t know what.”  His first step toward leaving a legacy was to represent Grandmont on the Grandmont Rosedale Development Corporation’s board of directors.  “They needed someone to represent Grandmont on the GRDC board and I thought, ‘I’ll do it.’”

Kevin was an integral part of the Community Forum Committee formed to engage the five neighborhoods.  The committee held meetings to ask the residents “what they expected from GRDC.  We wanted to get a conversation with the community going because GRDC takes its direction from the community.”  From that forum, several initiatives started, such as the Beautification Committee, the Anti-Litter Campaign, and the Vacant Property Task Force.  Another initiative designed to engage the community was the development of the My Grandmont Rosedale website.  Of particular interest to Kevin is the calendar of events.  “There’s a lot going on in the Grandmont Rosedale communities!  Everyone needs to know what’s happening.”  His involvement doesn’t end here, however.  Kevin also regularly volunteers on the clean-up crew for the Farmers’ Market and has helped out at SOUP events where, in October, he showed his true colors by dressing as Captain America!

Kevin also serves on the advisory board for the Water and Sewage Department for the city of Detroit.  Like his volunteerism with GRDC, Kevin sees his involvement with the Water Board imperative as it engages the community in conversation about what they expect from their Water and Sewage Department.  In fact, this summer the Water Board will hold a community seminar at the North Rosedale Community House to get feedback from Grandmont Rosedale residents.  It’s certain Kevin will be there helping organize, set up, clean up, doing whatever is needed, leaving his legacy.

When Kevin and Sonja moved to Grandmont, they moved here because they “liked the community, the neighborhood.  It’s not just that the houses are nice, it’s that you can see the care that goes into them, into the neighborhood.  There’s a community feeling here.  When we moved in we expected to contribute.”  Kevin knows that he and his family can’t maintain that community feeling alone, however.  “I wish more people had more interest in keeping the community going.  I believe that if everyone does a little bit, it would be wonderful!”  Captain America’s got nothing on Kevin Johnson. 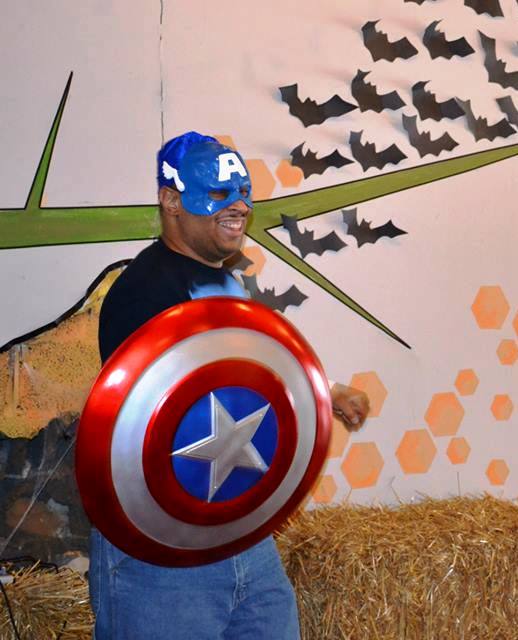