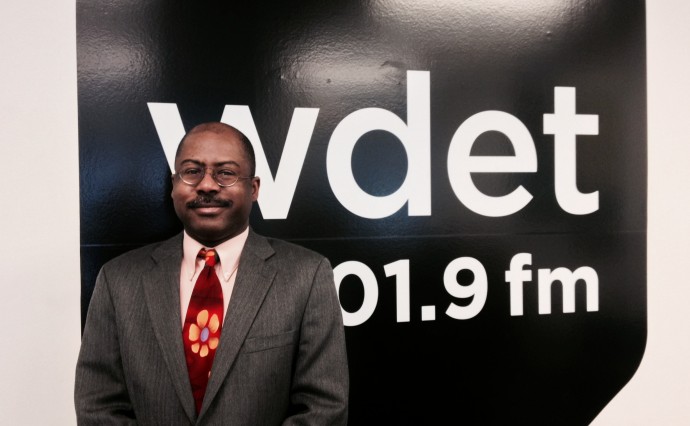 After experiencing the 1989 San Francisco earthquake, Jerome Vaughn realized something important about Detroit: “In the aftermath of the earthquake people were reacting by helping one another, doing everything from carrying firehoses to staying at each other’s houses. People do that in Detroit all the time.” Soon after the earthquake, Jerome headed back home to graduate school and to an internship at WDET, 101.9fm, Detroit’s Public Radio Station. He and his wife Leslie rented a house in Grandmont Rosedale. As Jerome went from a WDET intern to a hired WDET employee in the Development Department, then as a producer, reporter and assistant news director, his family grew, and the Vaughns looked for a larger home to call their own. Having rented in Grandmont Rosedale for three years, Jerome and Leslie knew they wanted to stay in the neighborhood, so they started looking at houses. As Jerome says, when they first entered the home they chose, “We said ‘Wow’ every time we walked into a room.” The former owner was a carpenter and had kept the house in excellent condition. 17 years and 8 kids later, Jerome and Leslie often make it a point to bring visitors to Detroit to see Grandmont Rosedale. “They are stunned by the neighborhood.” Clearly proud of his neighborhood, Jerome still knows that “this is where I want to be.”

Jerome has been the News Director at WDET for 8 years. This past year WDET won Public Radio Station of the year from the Michigan Association of Broadcasters. Another reason Jerome left San Francisco was because he didn’t feel like he could make the kind of difference he wanted to there. Maybe it’s his familiarity with Detroit that enables Jerome to make a measurable difference here. Maybe it’s his affection for the city that makes it possible. Either way, the difference he’s making is significant. For instance, the “Crossing the Lines” series Jerome created explores the issues that divide as well as unite Detroit and the surrounding suburbs. Jerome focuses on “telling the truth, the heart” of these issues, “because when bad things happen, people need to be made aware and then work toward fixing the problems and when good things happen, people need to know that too. Many of the problems in the surrounding suburbs are the same problems we have in the city.”

Jerome has been making a difference in the neighborhood too. For the last 13 years every fall Jerome has been standing on the edges of the North Rosedale Park soccer fields, wearing bright orange and coaching another group of kids through another season of Rosedale Soccer. It’s on these beautiful and often chilly Saturdays in fall when Jerome is again reminded why he loves living here. “I like knowing the kids in the neighborhood. It’s great getting to know them and watching them come out to play soccer year after year. Some of the kids I coached are now twice as tall as I am.” And that’s why, in fact, Jerome wears bright orange when he coaches. “When the season starts, there are always new kids and they don’t know me yet, so I tell them to look for the coach wearing the bright orange.” He’s not hard to find on the soccer fields in Grandmont Rosedale, and it’s easy to find him on the radio, making a difference.