A Changing of the Guard at GRDC

If you’ve ever helped out planting trees, or picking up litter, or volunteered on Detroit Partnership Day this past year, you’ve probably met Mary Lyons, the AmeriCorps VISTA member and GRDC Volunteer Outreach Coordinator. Come this spring, however, you will notice that there has been a change of guard. Mary has finished her term with GRDC and now Danielle (or Dani, for short) Wilson has taken her place.

Mary came to GRDC in February of 2014 after graduating from Grand Valley State University with a degree in geography and urban planning. The position of Volunteer Outreach Coordinator appealed to Mary because she also has a natural resources background and saw the blend of urban planning, non-profit work and outdoor activities as a good fit for her. Mary worked a great deal with GRDC’s Vacant Property Task Force and found the level of resident involvement with the task force “awesome.” Originally from St. Clair Shores, Mary spent so much time in Grandmont Rosedale that she quickly felt like a part of the neighborhood: “when you get to know the people and the businesses, it all begins to feel familiar. It feels like a neighborhood.” While Mary was looking forward to working outside when she first came to GRDC, mowing the grass was her “least favorite chore.” However, after she learned how to use the equipment, with particular help from John Hanson, Mary enjoyed working with John and Eric Willingham, Beverly Frederick and the other members of the mowing crew every Thursday from May to October. There were several other Grandmont Rosedale residents who inspired Mary. According to Mary, it was “the smaller, everyday efforts by people like Annie Mae Holt, Diane Paterson, Pam Weinstein, Nancy Bitzarakis, and Clarenda Webb” that was most impressive: “It’s amazing how much they do.”

Mary has taken what she has learned at GRDC and is hoping to apply her community building skills for fundraising efforts with kid-focused organizations such as the Girls Scouts. Mary was sad to leave, but she did say that if Clarenda Webb asked her to return to attend an event, “I’d be back.”

The new AmeriCorps VISTA member and Community Outreach Coordinator, Dani Wilson, is a graduate of the University of Michigan with a degree in architecture and history. Dani is from Ionia, Michigan, and before enrolling in UM’s Semester in Detroit Program, “had never been to Detroit, but had heard plenty.” Living communally with other students in Detroit and working while taking classes at the UM Woodward campus, Dani learned that Detroit is “an amazing intersection of rich and valuable history surrounded by community. There are hundreds of communities within the city and each one offers a new and different perspective.” As the new AmeriCorps VISTA Community and Outreach Coordinator, Dani is very much looking forward to getting to know the residents of Grandmont Rosedale. She has a particular interest in starting what she calls a “porch culture” where neighbors sit outside on their porches as a way of connecting the community. Dani is interested in finding out what the residents of Grandmont Rosedale’s “dreams and visions for their neighborhood are.” “There is already so much happening, and it’s good. I’d like to add resources and support,” says Dani. Dani has jumped right in. For instance, she has launched the “Community Champion” campaign, where residents can nominate their neighbors to be recognized for their hard work in the community. These “Community Champions” will be featured in the quarterly GRDC Update newsletter, on mygrandmontrosedale.org and on the Community Board at the GRDC office. If you see Dani, introduce yourself and tell her your good ideas for Grandmont Rosedale.

Click here to nominate your neighbor for Community Champion. 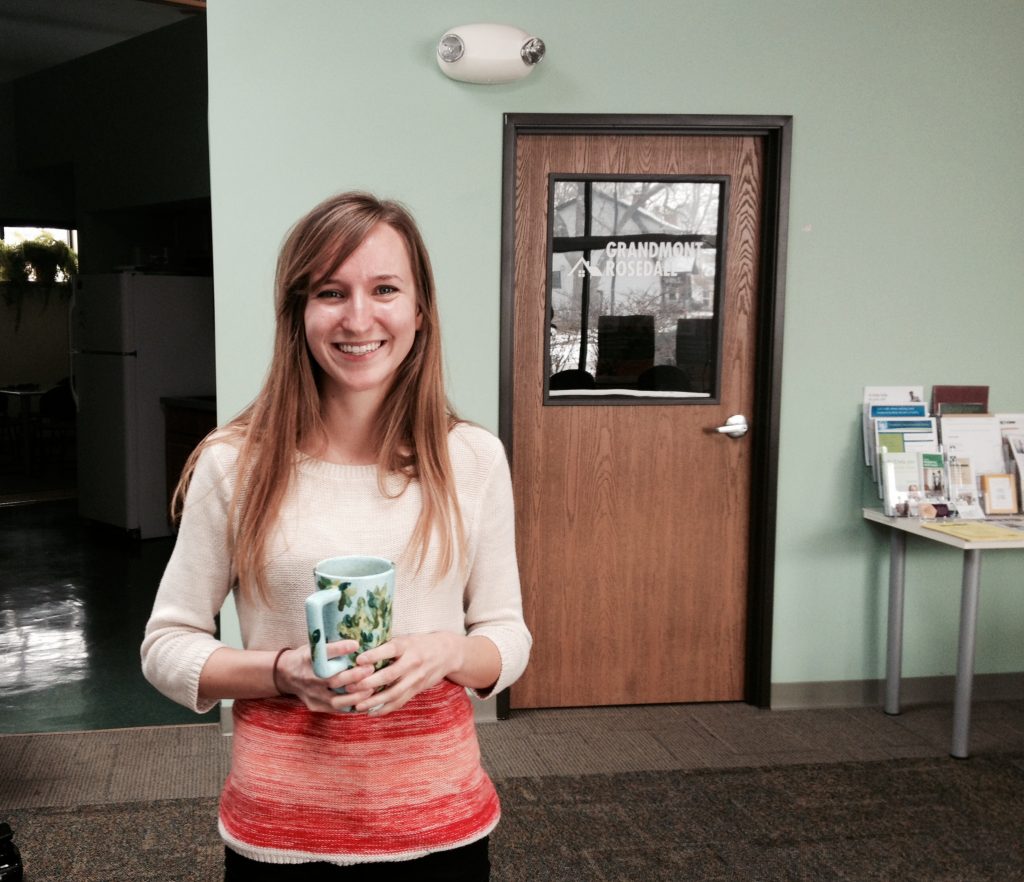