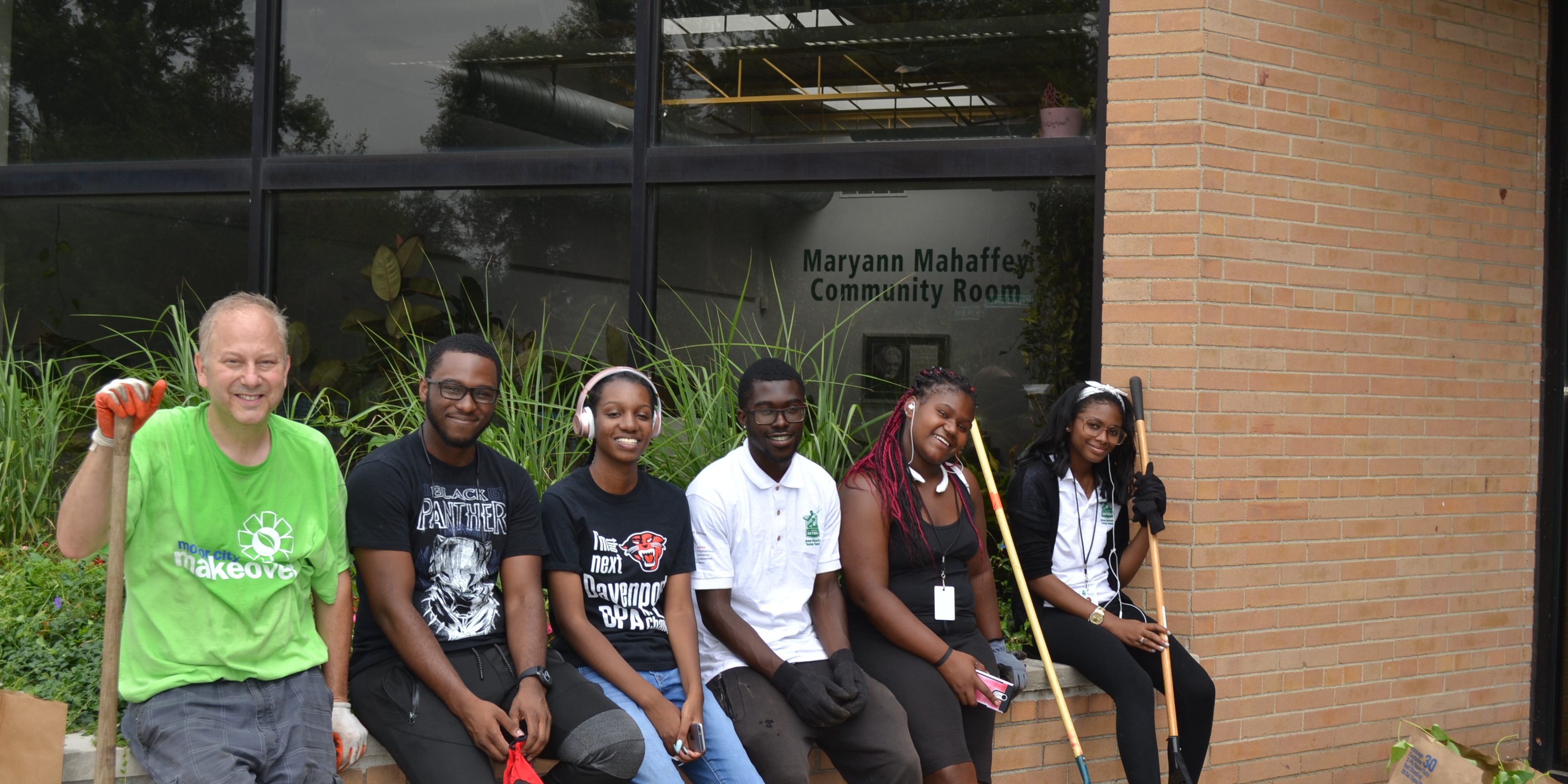 Among their objectives for the 6 week summer Grow Detroit’s Young Talent training and employment program is to “ensure that young adults have meaningful summer work experiences that create pathways to future opportunities” and to “connect young adults to professional networks and employers that can support their career goals.” Dehvin, Ebony, KeAndra, Rashid, and Micah, five young adults from this city-run program spent 6 weeks working with Grandmont Rosedale residents, business owners, and GRDC employees and board members and they more than fulfilled the objective! The youth worked on beautification efforts at the Grandmont Rosedale Community Garden, the Stahelin Project, CornerView Park, along Grand River, at the North Rosedale Park Community House. The youth helped out at the Northwest Detroit Farmers’ Market, attended Crime Prevention Task Force meetings and Vacant Property Task Force meetings, and rode along with veteran Radio Patrol volunteers. Perhaps most importantly, the youth got to know several Grandmont Rosedale residents and learned how community is created.

MEETING THE RESIDENTS OF GRANDMONT ROSEDALE

Grandmont Rosedale resident Muhsin (Coach) Muhammad demonstrated why he is called Coach by leading a seminar at University of Detroit Mercy where he coached the youth on mentorship, perseverance, and determination. Coach and Mrs, Walker, another Grandmont Rosedale resident, also took the youth on Radio Patrol where, according to Coach, they learned first-hand how neighbors come together to “understand a problem, recognize it, and then organize a task force to address it.” The Radio Patrol is a terrific example of community engagement as it has been helping to keep Grandmont Rosedale safe since 1967, the 4th oldest radio patrol in the city. Coach demonstrated to the youth how important it is to create and maintain working relationships with city organizations: “Were it not for Chief James Craig and Deputy Chief Todd Bettison, the Radio Patrol wouldn’t be as active and positive as it is.”

The Grow Detroit’s Young Talent program benefitted the youth as well as the entire Grandmont Rosedale community. While the youth had very specific and often school-related plans for the money they earned, they also finished the summer with a greater sense of how community is created and maintained. Dehvin a Cody Rouge resident, whose future plans include medical school, said that he had “no idea that there were so many people who cared so much about their neighborhood.” The youngest of the group and certainly the most enthusiastic gardener, KeAndra now notices “weeds and trash. I never really noticed that before.” Michigan State University student Rashid was impressed “by the overwhelming hospitality of the residents in Grandmont Rosedale. To be a part of beautification with different residents made me feel good.” People are the most important part of any community, and the residents of Grandmont Rosedale did their community proud in welcoming, including, and giving the young people of Grow Detroit’s Young Talent Program a memorable, challenging, and even fun experience. 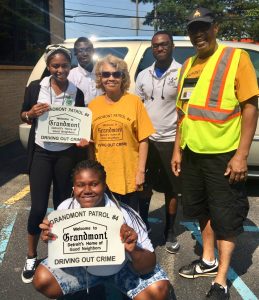