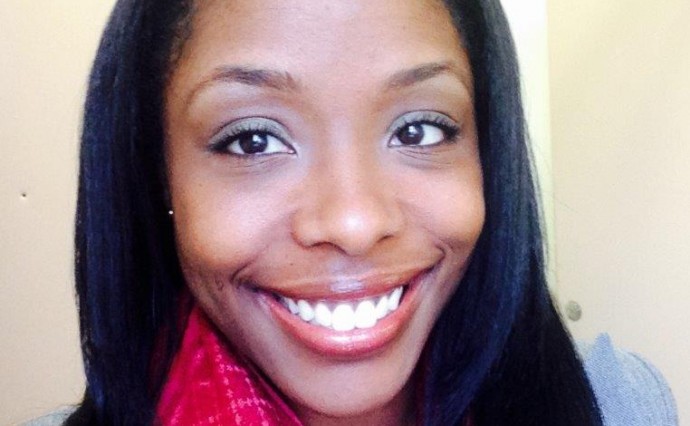 Nicole Valentini will be leaving GRDC this Friday. She chose GRDC as her first field placement for her Masters of Social Work degree because, as she says, “I enjoy community building. A lot of work at GRDC is done outside, in the community, and I like to get my hands dirty.” What with all the clean-ups, community projects and especially the very successful Vacant Property Task Force fundraiser she helped host at the Redford Theatre last December, Nicole certainly got what she bargained for. What she didn’t expect was the response from the residents of Grandmont Rosedale: “It’s amazing. This level of volunteerism doesn’t exist in all neighborhoods in the city.” As the Sustainable Communities Intern Nicole also spent a great deal of her time with GRDC identifying Detroit code ordinances specific to commercial businesses to help business owners keep their storefronts up to code. She has been a friendly, effective addition to GRDC, and she will be missed.

Between earning her degree in psychology and her return to graduate school, Nicole spent two years in Niger, a country in West Africa, as a member of the Peace Corps. Nicole’s motivation to join the Peace Corps was similar to her reasoning for interning at GRDC: “I wanted to travel but not as a tourist. I wanted to immerse myself in a community and to stay long enough to really get to know the community.” Like many travelers, Nicole learned a lot about herself and how others regard her and who she represents. Living in Niger, it wasn’t Nicole’s race that was an identifier but her citizenship. “I had always identified myself as an African-American, but in Niger I was an American. American was primary. That was new to me.” She also had to contend with the dissonance of her social work leanings which emphasized advocacy not just for others but for herself, and her inability to communicate much at all with the people in the village. Effective communication is a great deal harder when the languages spoken are Zarma, Housa and French, none of which Nicole spoke when she arrived in Niger.

The lone American in a village of 6,000, Nicole took on the task of promoting girls’ education. The three schools in the village had no initiatives to do this, so Nicole started “Student of the Month.” Girls were encouraged to write essays about why education was important. The essays were then read by a board of teachers, and one essay was chosen from each school. The winning authors were then asked to create a high school radio program that would air once a month. Radio in Niger was a lot like television here – hugely popular. On their radio shows the girls shared health information, news, skits, and even local soccer news. The girls became local celebrities, inspiring many girls after them to write essays so that they too could have a chance to host a radio show.

When Nicole finishes her degree, she would like to find work that involves both travel and work with veterans. Nicole has also worked as a case manager for Supportive Services for Veteran Families, an organization that helps veterans and their families with basic needs such as utilities. She “enjoyed the interaction with the veterans, and enjoyed their character,” and so would like to continue that work.

Nicole has learned lot about character, both her own and others’. It takes character to live in a village where you don’t speak the language, where you are the only American, where your ideas for being an asset to the community might be met with skepticism. It also takes character to convince several organizations to donate money for a shipping container to store supplies for GRDC’s many beautification projects, but Nicole knows character when she sees it, and she also knows how powerful it can be. Just last week Nicole was driving through Grandmont #1 looking for Stoepel Park. She was a bit turned around, so she asked a woman who was out gardening for directions. The woman put down her tools and showed Nicole herself. Nicole was so touched by this woman’s act of kindness, this demonstration of character, Nicole thought she might just stick around Grandmont Rosedale a bit longer as a resident.