Inspired by growing public advocacy and the historic sewer system of Detroit, GRDC will soon launch a pilot program for mass transit within Grandmont Rosedale. Known as the Optimal Grandmont Rosedale Express Alternative Travel, (OGREAT), this program could lead the way for future mass transit systems. The system will utilize the existing infrastructure of sewers to send Grandmont Rosedale residents and visitors on their way to a friend’s, the grocery store, a baseball game at Stoepel Park, or even just for a lovely walk along a tree lined street.

“Mass transit has been a topic of discussion for quite a while, and so it’s very exciting to be in the forefront of offering it!” says GRDC Executive Director Sherita Smith. Using the existing subterranean system is an innovative, immediate, and cost saving way to get the movement to mass transit started. Passengers will step into a pneumatic tube, similar in function but much larger than those frequently used at banks and credit unions. Once they are strapped in and have secured the overhead latch that seals travel, passengers can then select one of 14 destination points within Grandmont Rosedale from a panel of buttons on the interior wall of the tube, and off they go!

Riders will be able to enter the system at 14 stops with three stops in each of the neighborhoods, (two stops in Minock Park), via the existing sewer grates. These Pneumatic tUbe stops (PUs) will be easily visible initially by colorful flags, however there are plans already underway to involve Grandmont Rosedale residents in the design of these stops. “Art work by Grandmont Rosedale residents would be a terrific way to get the word out about their work and about the creativity of so many of our residents,” says Deputy Director Amanda Brewington. Kitty Yarbrough, GRDC’s Community Engagement Manager, will soon announce proposal submission deadline dates for the art and design work for each of the stations. “The Grandmont Rosedale community is never at a loss for wonderful ideas,” says Kitty. “I’m really looking forward to reading the proposals.” Tom Ridgway, Construction Manager, has done considerable research on subway systems across the US and remarks that GRDC’s pilot program could prove to be a great success. “I’ve seen worse,” he says.

While the pilot program will be limited to Grandmont Rosedale sites, there is potential for reaching beyond the borders of the neighborhood. Economic Development Manager Kiki Louya sees this as a terrific way to connect more shoppers with Grandmont Rosedale businesses: “How great would it be to be able to simply step into a tube for a quick trip to the grocery or the coffee shop! The hope is that soon our businesses could see a whole new clientele. Plus, the potential for one day expanding the system so that it could accommodate subway vendors is very exciting.”

Fares will be waived for the first month of the program while residents get a hang of the system and hopefully while they make a habit of using OGREAT instead of driving the mile or so to visit a friend or to a restaurant. For some, this system will become a new way to commute to work. “I am so excited to take the OGREAT to work,” says BrieAnn Bell, GRDC’s Grand River WorkPlace Manager and Grandmont Rosedale resident. “There’s going to be a stop at the end of my block, and I’ll be at the Grand River WorkPlace in under 15 seconds!” The speed of pneumatic tube travel is another particularly attractive feature of this program. After the first month, riders will be able to purchase subway passes, or Grandmont Rosedale Goes Low Swipe cards (or GuRGLs), which will offer special pricing for students and seniors. Jocelyn Moss, GRDC’s Administrative Assistant and contact person for the passes, is looking forward to working with users. “We’re working on a pay scale that could include lower prices for early morning travel and we hope to soon include a two passenger tube so that passengers can ride-share and save even more.” GRDC’s AmeriCorps VISTA Kevin Ball and Interns Tre Jordan and Michael Stypa count the pilot program as one of their most memorable experiences at GRDC. “This has definitely been a memorable experience,” says Kevin.

So, next time you’re out and about in the neighborhood, stopping by a neighbor’s to drop off a book you borrowed, bringing a dish to pass at a community event, or picking up a gallon of milk, you might want to ask yourself if mass transit might be the best way to go. Stay tuned for a series of Community Meetings including some important safety tips regarding the Optimal Grandmont Rosedale Express Alternative Travel. 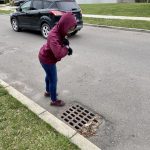 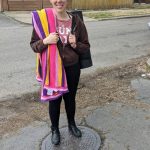 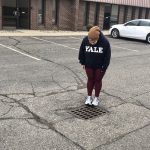 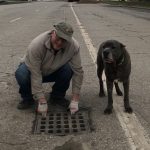 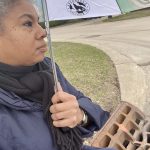 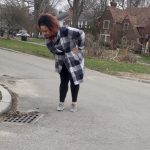 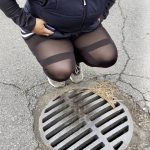 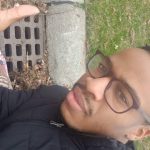 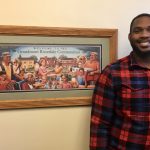