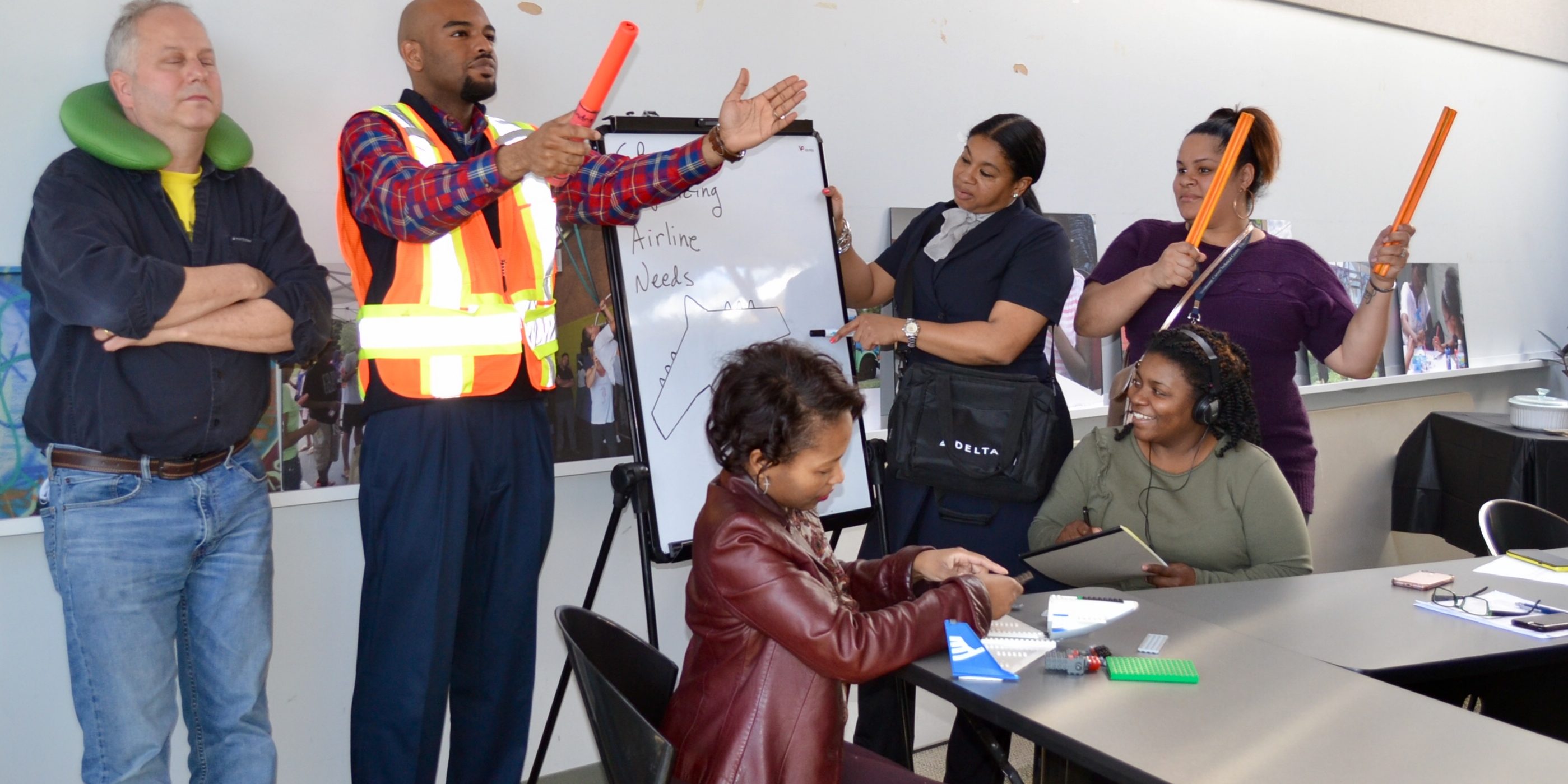 In celebration of its 30th year building community, GRDC announces its plans to build an airport in Grandmont Rosedale. The first of its kind, Grandmont Rosedale Organizing Airport Needs, (GROAN) will offer flights to Chicago, New York, and Bohemia, Florida. “We are very excited about this new venture,” says Executive Director Sherita Smith. “We’re all about connecting communities at GRDC, and this is just a new way to do that.”

The airstrip will run the length of Grand River from Evergreen to Asbury Park. GRDC will soon begin talks with MDOT to work together to make the airstrip walkable, drivable, flyable, and of course bikable. “The businesses are looking forward to the increase in traffic!” says Ian Watts, GRDC’s Economic Development Manager. BrieAnn Bell, the Grand River WorkPlace Manager agrees. “We’re looking into putting murals on the roofs of the businesses so that flyers as well as drivers can see all that Grandmont Rosedale has to offer.”

The terminal for this all-volunteer run airport will be housed in the former IHOP on Grand River between Outer Drive and Evergreen. This location will be convenient for all of Grandmont Rosedale. Construction and Facilities Manager Tom Ridgway believes the IHOP is the perfect place for a terminal: “I’ve seen worse,” he says. The terminal will also feature several pop-up spaces for the local business community and entrepreneurs that would appeal to travelers. Plans are also underway to offer frequent Grandmont Rosedale flyers, or FlyGRs, discounts on their flights.

Jocelyn Moss, GRDC’s Administrative Assistant will take on the scheduling of the flights, ticket sales, security detail, shuttle services, and has even begun classes with the FAA’s Traffic Collegiate Training Initiative Program, so that she can become the air traffic controller. “I’m really looking forward to it,” she says. “It’s great working for an organization that appreciates my diverse skill set.” GRDC’s Community Engagement Manager Kitty Yarbrough will soon meet with volunteers: “This is another exciting initiative that will involve the community. There will definitely be something for everyone to do!”

This airport will serve as a sort of an incubator airport for other communities who might like an airport in their neighborhood. It will be the first placemaking initiative of its kind. While there is some concern about noise, pollution, traffic, and the increased potential for physical harm, several Grandmont Rosedale residents are looking forward to this addition to their neighborhood. “It will be great! I’ll be able to go from a Michigan winter to sunny Florida without having to put on my coat!” Grandmont Rosedale will soon be a great place to live, work, play, and fly!

If you’d like to volunteer for baggage claim, airline attendant, or security, let Kitty know.