Rosedale Grandmont Little League (RGLL) won $757 to purchase a storage pod at Stoepel Park during the second Grandmont Rosedale SOUP dinner. Over 70 people attended the dinner to vote for one of three community improvement project proposals that were presented at the event. Other proposals included the installation of a bus bench and the installation of split rail fencing at vacant lots.

The SOUP win for the league will help keep Stoepel Park looking great for many baseball seasons to come, as their new storage unit will help the park obtain “Satellite Status” from the City of Detroit. With a permanent place to store equipment, the City will now be able to station two full-time General Services Department employees at the park to mow, weed-whack, remove litter, and repair equipment as needed. Although the Rosedale Grandmont Little League was thrilled to receive the SOUP funds, additional funding was needed to cover the cost of the storage pod. Fortunately, Alexander Derdelakos learned of the group’s efforts during the SOUP dinner and offered to finance the gap needed to purchase the pod (approximately $200).

Thanks to all who showed up in support of the community. A special thanks to the Grandmont Rosedale SOUP committee – Amanda Brewington, Sarah Craft, Razi Jafri, Kevin Johnson, Becki Kenderes, Blake Maurice, Tom Ridgway, Sean VandenBrink and Liz Wroughton.

Also thanks to the generous cooks who provided soup or salad for the nights event, pictures above. 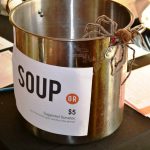 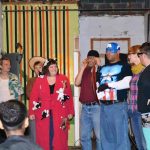 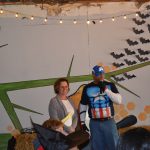 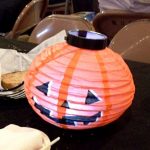 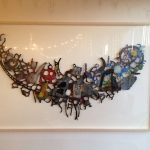 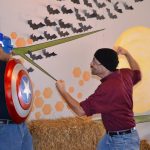 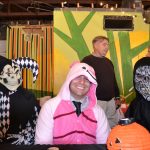 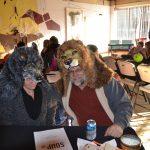 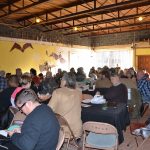