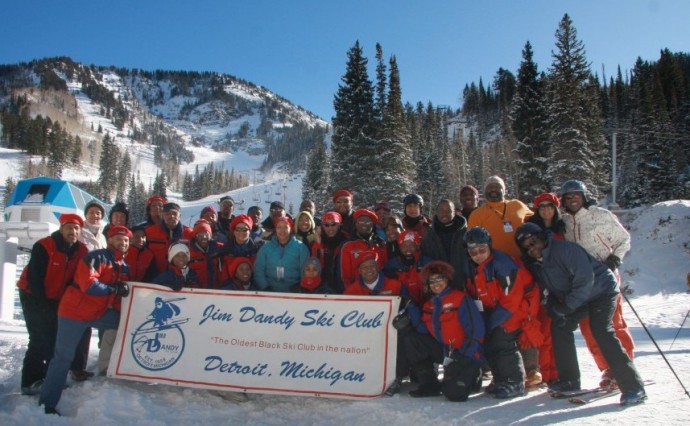 In 1958, three young Detroit men established the first African-American ski club in the United States. These men had skied before, but wanted to include after-ski activities where African-Americans would feel welcome.  The wrote up a constitution, and named their ski club the “Jim Dandy Ski Club of Detroit” after rhythm and blues singer Lavern Baker’s hit song “Jim Dandy to the Rescue.” When these men put the call out this first year to see if others were interested in joining the Jim Dandy Ski Club, 23 people signed up. Their numbers continued to grow as did their activities and fellowship.  Ebony magazine featured the ski club in 1962, which lead to Jim Dandy receiving more letters from people interested in their ski club than they could easily respond to. In 1964 about 50 Jim Dandies arrived in Denver, Colorado to ski. This was the first large gathering of African-American skiers in the United States. These Dandies also pooled their funds to support an aspiring African-American skier headed to the coming winter Olympic Games. Over the years, over 200 African-American ski clubs formed around the United States.

Detroit’s Jim Dandy Ski Club became a charter member of the National Brotherhood of Skiers in 1972 and in 1973, the Jim Dandy Ski Club had become so popular it chartered its own airplane and sponsored the first “Summit” meeting of all the ski clubs in Hawaii. This Hawaiian Luau Night did not involve much skiing, but it did mark the beginning of a yearly summit of African- American skiers who have met in Europe, Canada and the U.S. This summit has gathered as many as 7000 skiers and snowboarders of color.

Jim Dandy member and president Alfred Cureau is the keeper of much of this history. Alfred’s involvement with the Jim Dandies began in 1995 when a coworker invited Alfred to join her on a MLK memorial ski trip with the Jim Dandies to Canada. Alfred went because “it was something different to do and some other friends were going.” He wasn’t much of a skier in the beginning, but he learned “on the bunny slopes” with some others in the group. The Jim Dandies encourage anyone to start skiing at any age. According to Alfred, there are adults in the group “from 30-92.”. One member started skiing at 66 and skied until he turned 90! There is a yearly dues, an 11 person board and monthly meetings where trips are planned and activities organized. It’s become much more than skiing for Alfred. The 200+ members of the Detroit Jim Dandy Ski Club have expanded their activities to include the formation of an Alpine Racing Team, youth activities, and even non-skiing activities such as camping, kayaking and white water rafting.  Alfred enjoys organizing and participating in these activities because he “enjoys the relationships and friendships he has with people in the club.”

If you’re wondering how to get involved or where these Jim Dandies meet, you don’t have to look far. They’ve been meeting once a month from September to May at the North Rosedale Park Community House, 18445 Scarsdale since 1992.  Let Alfred know that you’re interested in learning more about the Jim Dandy Ski Club at acureau@peoplepc.com. You can also check out their website at http://www.jimdandyskiclub.com/ 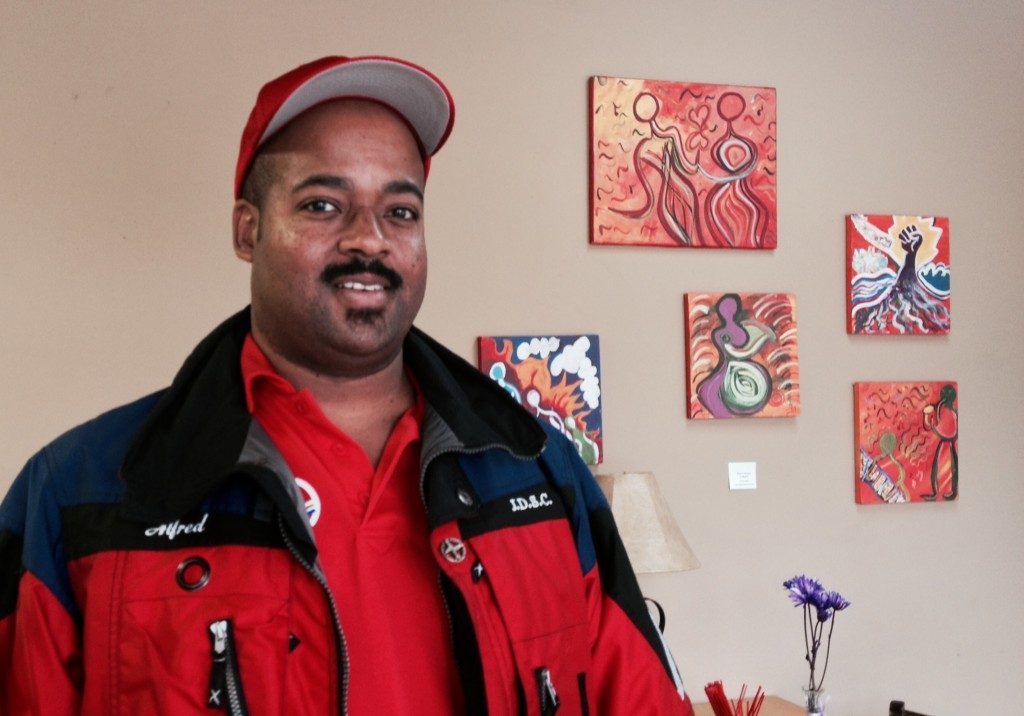