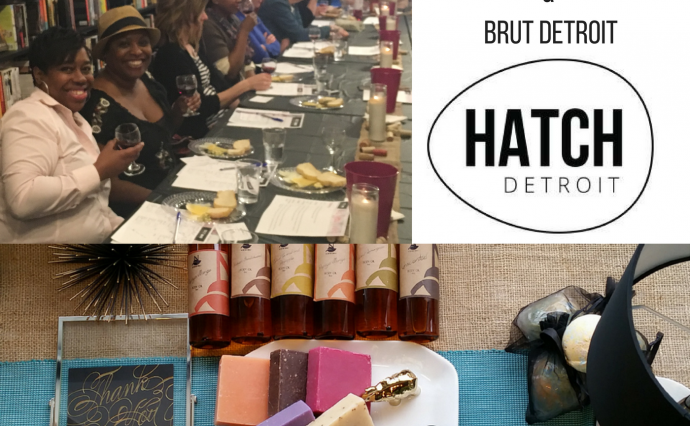 Two Grandmont Rosedale Businesses have been chosen as the top 10 semifinalists for Comerica’s Hatch Detroit Contest. The Natural Market (Grand River WorkPlace’s current pop-up shop) and Brut Detroit ( Grandmont Rosedale’s pop-up wine bar) have both been selected as semifinalists for the 2016 Hatch Detroit Contest, which was announced Thursday, August 11th. The Hatch Contest is an opportunity for an entrepreneur to win a $50,000 grant to open their brick and mortar retail business in Detroit, Highland Park, or Hamtramck. This program provides a great opportunity for these two businesses to be permanently located in our neighborhood. Want to help create new business in the neighborhood? Your vote matters!

Help The Natural Market and Brut Detroit move on to the next round of Hatch! There are three ways to vote for them:

Help The Natural Market and Brut Detroit Move to the Next Round of Hatch Detroit by voting! You can vote once every 24 hours online and on Facebook, and only once at each community voting booth. For more information about The Natural Market visit them online or in store at 19120 Grand River Ave. and for more information about BRUT Detroit visit them online. Voting for the semifinalist round end Thursday, August 18th. The Top 4 candidates will be announced Friday, August 19.  The finalist general voting period starts August 19th Noon and ends August 26th, Noon.