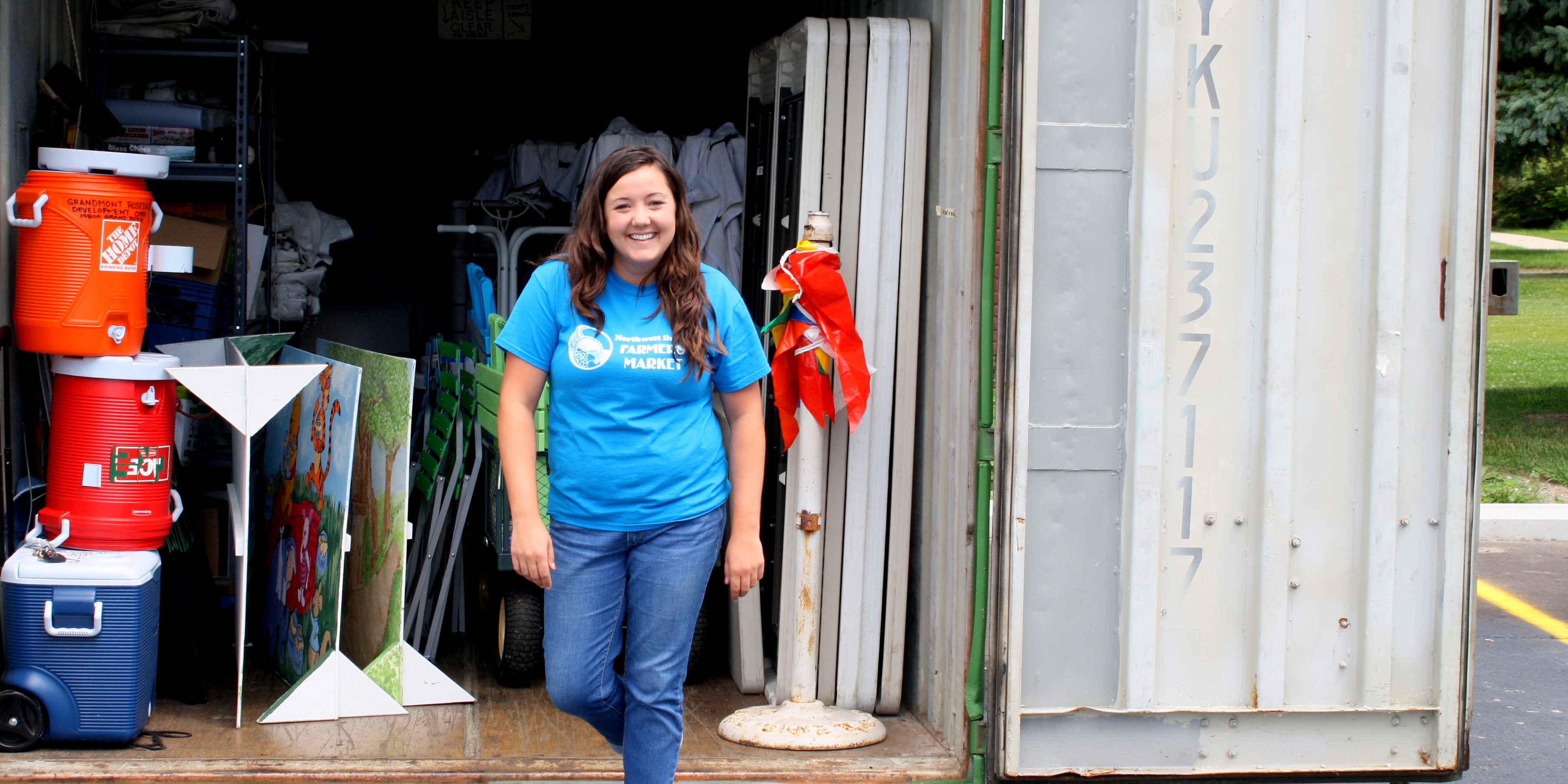 For those who know Chelsea Neblett, GRDC’s Community Engagement Manager for the past four years, it will come as no surprise that when she ran for class president in the 5th grade, complete with a campaign manager and a catchy slogan (“Be a Smartie! Vote for Chelsea!”), she won. Even as an 11 year old, Chelsea understood which elements were necessary to run a successful campaign. She knew she needed community support, organization, creativity, and a sense of humor (she also handed out Smarties candies during her campaign). While her interest in holding political office ended in the fifth grade, her future as a dedicated community activist had just begun.

Immediately after high school, Chelsea moved to Chicago and earned an associate’s degree as a paralegal. She chose Chicago because she wanted to live in a big city. She understood that many people lived quite differently than she did in Pinckney where she grew up. The best way to get to know a new community is to live there she figured, so for two years she learned about Chicago and about income disparity. She could literally look out one apartment window and watch Cabrini Green, the neglected housing project in Chicago, being torn down, and, out a different window, watch the shoppers bustling along Chicago’s upscale Magnificent Mile.

COLLEGE AND A CAMPAIGN

This vantage point influenced Chelsea’s decision to pursue a degree in Public Policy and Public Administration at Michigan State University. Chelsea was at MSU when another political campaign caught her attention and devotion. In fact, Chelsea put her studies on hold for a semester to work full time for Barack Obama’s campaign. This commitment took her out of school and into volunteers’ homes in Mount Pleasant, Michigan, and Rocky Mount, North Carolina. Chelsea never knew when she knocked on a stranger’s door whether the home owner could offer her a bed or a couch. The home-owner might offer a cooked meal; they might not. In order to be comfortable with that level of uncertainty, an adventuresome and trusting spirit is required. A large dose of commitment to the campaign was also necessary.

Chelsea finished her degree and headed back to Chicago where she worked as an account manager for a large printing and graphic design firm. After two years Chelsea returned to Michigan, this time to Wayne State University to pursue a Master’s degree in Urban Planning. Like many grad students, Chelsea was an AmeriCorps VISTA at GRDC for one year, giving a year of service for a small stipend. GRDC and Grandmont Rosedale were so impressed with Chelsea’s work ethic and energy, she was hired to work on the Northwest Detroit Farmers’ Market and to assist with the Building Sustainable Community initiative. That was four years ago.

In those five years Chelsea has not slowed in either her energy or dedication to the Grandmont Rosedale community. Chelsea has run the Northwest Detroit Farmers’ Market for several years, marking the 2017 season as the Market’s most profitable season for its vendors. Chelsea has organized Neighborhood Safety Meetings, helped facilitate the Vacant Property Task Force and Project 561. Chelsea has mowed lawns, picked up trash, made countless phone calls, and even broken tiles in the hot sun, all with the purpose of creating and strengthening community – our community. Soon after Chelsea began working for GRDC, she and her fiancé Dexter bought a house in the Grandmont Rosedale and the two of them lent their expertise and commitment to the North Rosedale Park Civic Association Board. Through her experiences as a student, intern, employee, and resident, Chelsea has been the impetus for so many GRDC projects that it’s surprising if you have not met her. Chelsea has thoroughly learned that community must be resident-led. “We need to listen to the people who live here – they have the answers about what they need. Our job is to listen and to help them find the resources to meet those needs, and even some wants.”

Chelsea is leaving her position with GRDC and is taking up a new position with the city of Detroit’s Department of Neighborhoods. Undoubtedly, she will continue to exercise her commitment to community. That’s not to say, however, that she won’t continue to work, perhaps in a smaller but no less important way, to keeping Grandmont Rosedale the place she chooses to call home. Thanks, Chelsea. You have made our community better, stronger, and more beautiful.